ABOUT the BOOST program

How budget data is recorded, made accessible, and analyzed shapes both policy makers’ and citizens’ understanding of budget policy and impact.  Yet, in much of the world, the quality of budget data remains a major constraint to good policy making, implementation, analysis, and evaluation. Launched in 2010, the BOOST program has active engagements in over 90 developing countries to address this gap and provide quality access to budget data. The initiative strives to make well-classified and highly disaggregated budget data available for Bank teams, policy makers and practitioners within government, researchers, and civil society and promote their effective use for improved budgetary decision making, analysis, transparency and accountability. The appeal of the BOOST approach is that it provides user-friendly platforms where all expenditure data can be easily accessed and used by researchers, government officials and ordinary citizens to examine trends in allocations of public resources, analyze potential sources of inefficiencies, and become better informed about how governments finance the delivery of public services.

Although the content of each BOOST is country-specific — for instance, some ministries of finance have IT systems that record detailed expenditure data for every provider of public services while others may only have data aggregated at the district levels — all BOOSTs have some common features. Each database typically contains information on the approved budget, revised budget, and actual expenditure amounts broken down by government level (central or local), administrative unit (typically a ministry, department, agency, university, hospital, or school); sub-national spending unit (such as districts, municipalities, towns and villages); economic classification (wages, goods and services, capital expenses, etc.);functional classification (sector and sub-sector); program classification (if the country uses program-based budgeting); and financing source (budget revenue, domestic or foreign borrowing, etc.).

Since its launch, the program has centered its activities around three work streams:

(i) Supporting expenditure analysis - the value of BOOST datasets for analytical applications can already be seen in the practical uses to which they are being put by researchers, policy makers, budget analysts, and in general by governments. By making available previously unattainable micro-fiscal data in accessible and readily available formats, the BOOST program has enabled users of its datasets to advance new analytical applications such as capturing pro-poor expenditures, spatial disaggregation of spending, assessing budget credibility, conducting wage bill analysis, identifying expenditure rigidity, performing equity and allocative and technical efficiency analysis in health and education, and revenue analysis.  Overall, the team has provided analytic data platforms and lent public finance expertise for over 100 Public Expenditure Reviews - a key diagnostics instrument used to evaluate the effectiveness of public finances  -and informed several sector policy notes, particularly in education and health while leading the way in mainstreaming public finance in non-traditional fields such as water, nutrition and infrastructure.

(ii) Advancing fiscal transparency - BOOST has represented the most relevant resource in advancing and supporting fiscal transparency reforms, facilitating the dissemination of country BOOST datasets via (i) the World Bank’s Open Budgets Portal, which has already witnessed the release of over 40 BOOST datasets and (ii) through the development of country-owned web portals such as in the cases of Albania, and Tunisia among others, often in support of implementation of fiscal transparency commitments within Open Government Partnership’s action plans and Development Policy Lending operations

(iii) Improving PFM processes, BOOST work included a wide-ranging set of activities to improve data quality, including integration of off budget data, enhancement of quality of information recorded in FMIS, informing PFM operations on improvements of budget classification, overcoming fiscal data fragmentation, promoting enabling environment for public participation in budget process and assisting countries in improving the efficiency of their PFM processes. This has been particularly instrumental in improving data quality in contexts with poor and fragmented information systems 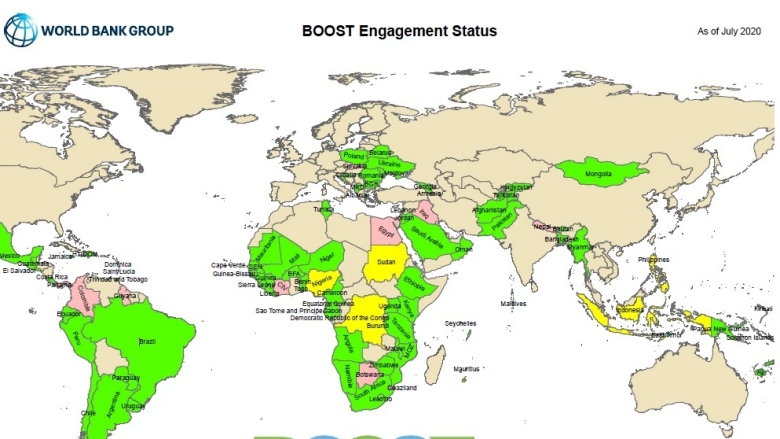