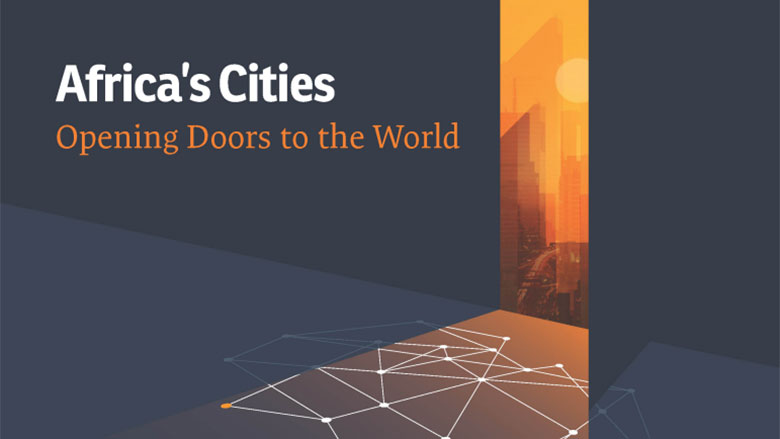 Cities in Sub-Saharan Africa are experiencing rapid population growth. Yet their economic growth has not kept pace. Why? One factor might be low capital investment, due in part to Africa’s relative poverty: Other regions have reached similar stages of urbanization at higher per capita GDP. This study, however, identifies a deeper reason: African cities are closed to the world. Compared with other developing cities, cities in Africa produce few goods and services for trade on regional and international markets. To grow economically as they are growing in size, Africa’s cities must open their doors to the world. They need to specialize in manufacturing, along with other regionally and globally tradable goods and services. And to attract global investment in tradables production, cities must develop scale economies, which are associated with successful urban economic development in other regions.Such scale economies can arise in Africa, and they will—if city and country leaders make concerted efforts to bring agglomeration effects to urban areas. Today, potential urban investors and entrepreneurs look at Africa and see crowded, disconnected, and costly cities. Such cities inspire low expectations for the scale of urban production and for returns on invested capital. How can these cities become economically dense—not merely crowded? How can they acquire efficient connections? And how can they draw firms and skilled workers with a more affordable, livable urban environment? From a policy standpoint, the answer must be to address the structural problems affecting African cities. Foremost among these problems are institutional and regulatory constraints that misallocate land and labor, fragment physical development, and limit productivity. As long as African cities lack functioning land markets and regulations and early, coordinated infrastructure investments, they will remain local cities: closed to regional and global markets, trapped into producing only locally traded goods and services, and limited in their economic growth.
Download Full Report | Overiew in English | French | Portuguese

Chapter 1: Crowded with people, not dense with capital

Even as Africa’s cities are crowded with inhabitants — but not dense with capital — they are physically fragmented and dispersed. They develop as collections of small, scattered neighborhoods. Without adequate roads or transportation systems, commuting is slow and costly, so workers lack access to jobs in the larger urban area. Many people and firms are disconnected — from one another and from economic opportunity.
Download PDF Chapter 2 - Disconnected land, people and jobs | Full Report

African households face higher costs relative to their per capita GDP than households in other regions. According to a new study of price level indices at the urban level, based on data collected by the International Comparison Program, urban households in 39 Sub-Saharan African countries pay 20–31 percent more overall than urban households in other countries at similar income levels (Nakamura and others 2016). A similar comparison of urban prices — based on data from 125 cities, including nine in Sub-Saharan Africa (the Economist Intelligence Unit’s Worldwide Cost of Living Survey) — finds African cities to be about 31 percent more costly for households than cities in low- and middle-income countries elsewhere (Nakamura and others 2016).
Download PDF Chapter 3 - Costly for households, costly for firms | Full Report

An urban area that is difficult for commuters and firms because of a fragmented plan, lack of affordable transportation, and unexpectedly high labor costs might as well post a “Closed for business” sign. One that looks unlivable, without decent housing and amenities, could set up an “Out of service” sign as well.
Download PDF Chapter 4 - Africa’s urban development trap | Full Report

Over the next 20 years, the growth of Africa’s urban populations will propel new demand for infrastructure, housing and other physical structures, and amenities. To meet this new demand, city leaders and planners will need adaptable strategies. Plans and regulations should allow the best use of land — but they must also permit uses, and users, to change over time, as demand evolves further.
Download PDF Chapter 5 - Clarifying property rights and strengthening urban planning | Full Report

Chapter 6: Scaling up and coordinating investments in physical structures and infrastructure

At the same time as they pursue the recommendations in chapter 5, African cities have an urgent need to improve two sets of urban structures — physical and infrastructural — given that they are chronically underserviced by them. Infrastructure coverage is actually declining on some metrics, across the region. In 2010, for example, when the urban population was 37 percent, only 34 percent of urban residents had access to piped water, down from 43 percent in 1990, when the urbanization rate was 30 percent. In 2006, the Africa Infrastructure Country Diagnostic (AICD) estimated that addressing the infrastructure backlog would require $68–$93 billion a year over the next three decades, a third of which would be for maintenance.
Download PDF Chapter 6 - Scaling up and coordinating investments in physical structures and infrastructure | Full Report

Infographic: How Can Africa’s Cities Be an Open Door to the World?