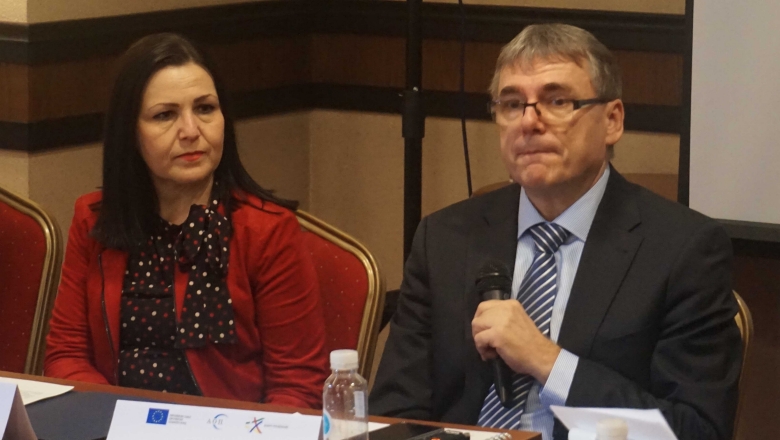 Thank you for inviting me and the team to this press conference. At the World Bank we believe that public procurement is important for development outcomes and economic growth. We consider it an integral part of good governance – at 10 to 20% of GDP, government procurement accounts for a substantial part of the global economy. Government procurement in the European Union has been regulated and harmonized by community law since the 1970s. It accounts for more than EUR 2 trillion per year, or about 15% of the GDP of the EU.

Public Procurement has changed from an administrative to a strategic function with the overarching principles of value for money, integrity, and sustainable outcomes. The World Bank has addressed this change and we reformed our own procurement framework in 2016.

Building on the World Bank’s knowledge and commitment, the Bulgarian government - and the Public Procurement Agency (PPA) in particular - requested our support in assessing the effectiveness of the public procurement framework in the Republic of Bulgaria. An Advisory Service Agreement was signed in the beginning of November last year, with the objective of reviewing the public procurement system, including the capacity of the PPA and identifying potential areas of improvement.

Let me share just two initial observations with you:

At the strategic level, there is evidence of good inter-agency co-operation, such as the common methodology for controls agreed with the National Audit Office and the Public Financial Inspection Agency. The PPA is continuing to develop the legislation underpinning public procurement, reforming the Ex-ante process to focus on higher value contracts, and making improvements in the areas of complaints and e-procurement.

Second, Bulgaria spent an annual average public procurement amount of BGN 10.3 billion from 2013 to 2017 - which is 11.5% of GDP. This is an impressive number, which requires attention for any possible efficiency and transparency improvements. Based on the aggregated information and data available, the suggested recommendations will help improve the efficiency and transparency of the public procurement system.

Beyond the numbers and percentages, however, the overarching premise of public procurement is pretty much about creating a level playing field for all – the government and the investors, the public and the private sector, with the objective of using public funds for better service delivery and outcomes.

We are glad and proud to help Bulgaria in its effort to restore trust and create a level playing field. Thank you for your attention.