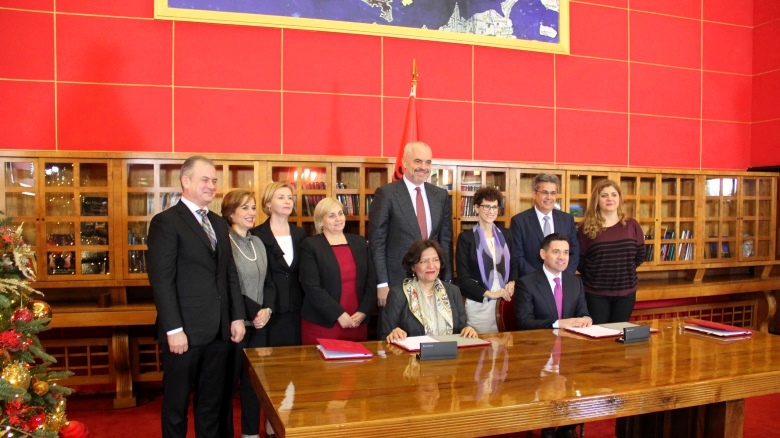 With Bob Dylan receiving the Nobel Prize for literature, I feel empowered to quote another songwriter of his era, Ms. Joni Mitchell, who wrote:

Don’t it always seem to go,

That you don’t know what you’ve got til it’s gone.

They paved paradise and put up a parking lot.

Joni’s song is a cautionary tale that resonates in our quest for sustainable tourism—which is destined to be a driver of future growth, jobs and prosperity in Albania.

I have visited Southern Albania numerous times in my work and as a tourist with my family. It is an extraordinary mix of beautiful natural resources and rich cultural heritage.

Existing data suggest that a minimum of around 300,000 tourists are visiting the south of Albania on a given year. Tourism directly contributed about six percent to national income in 2014.  But more importantly, through its links with other sectors, tourism is responsible for one fifth of economic activity and job creation in the country.  It currently supports 50,000 jobs – a number that is expected to grow to 200,000 by 2025.

Sustainable development of natural and cultural endowments in the South can be a game changer for Albania, yielding economic benefits for the local communities, creating jobs and sustaining and accelerating the economic recovery that we are seeing today. Therefore, today’s signing of the Integrated Urban and Tourism Development Project is a special occasion for me.

The Project will enhance the growth of the tourism-based local economy of southern Albania.  The $71 million investment project is aligned with Governments’ vision presented in the National Territorial Strategy to enhance livability of the four urban centers in the South. The project leverages World Bank’s global expertise to support four tourism centers in the south of Albania that include two UNESCO Cultural Heritage sites – Gjirokastra and Berat, Saranda (a tourism gateway for the region, and the UNESCO World Heritage site of Butrint), and Përmet that links the South Albania tourism circuit with the heart of the Balkans.

We learned important lessons from our previous engagement in the southern coastal region where infrastructure investments, including expansion of the Saranda Port, had significant development impact on tourism. A key lesson learned was to adopt an integrated cross-cutting approach spanning across geographic municipalities – creating a tourism circuit - for more sustainable urban and tourism development.

The project supports Government’s program in an integrated and cross-cutting manner for leveraging urban spaces and cultural and natural heritage to promote local economic growth.  It has been collaboratively prepared by the Ministry of Economy, Tourism, Trade and Entrepreneurship, Ministry of Culture, Ministry of Environment, Albanian Development Fund, Prime Minister’s Office, with the leadership of the Ministry of Urban Development during the preparation process.

The integrated approach would not have been possible without the excellent participation and contribution of the four municipalities, the strong leadership of the mayors and active involvement of municipal staff and citizens. Because of their strong commitment, the Project has already defined the key investments that can start immediately once the project becomes effective.

Finally, let me congratulate the Honorable Prime Minister for his vision and leadership on the transformational potential of sustainable tourism in Albania.

Of course, successful implementation will require continued strong collaboration of key stakeholders – Ministries of Culture, Environment, mayors and municipality officials, local stakeholders – with the Ministry of Urban Development as the focal ministry and the Albanian Development Fund as the implementing agency.

The innovation of this operation is not only the combination of investments to improve urban infrastructure and upgrade tourist sites. It aims at creating tourism products, site management plans for the four cities and their surrounding cultural and natural heritage sites, and establishment of partnerships for tourism destination management.

It is through these activities that the south of Albania will be better linked to regional and international tourism markets, so that the local population and the country as a whole will benefit from more jobs, more revenues generated and more equitable sharing of economic gains.

Since I assumed responsibility as Country Director for Albania in 2013, the World Bank has supported the country in implementing important economic reforms.  Much of the reform effort grapples with Albania’s economic past, and it was imperative in 2013 that Government embark on a multi-pronged macro-fiscal and structural reform agenda to put the economy on a sustainable path. Today, we are seeing measurable progress on macro-fiscal sustainability and energy sector, pensions, social assistance, justice and public service reforms.

Albania has made good progress on its path to EU accession and much more can be accomplished with continued strong reform momentum. The Albanian economy has recovered from the 2008 global crisis, with growth rising to three percent per annum.

Addressing and overcoming the legacies of the past has been essential and must continue.  But now Albania also needs to look ahead to a future of accelerated and sustained growth that is inclusive of local communities.  The Integrated Urban and Tourism Development Project is all about Albania’s future—generating faster growth, more jobs and greater prosperity for Albanian citizens in the years to come. 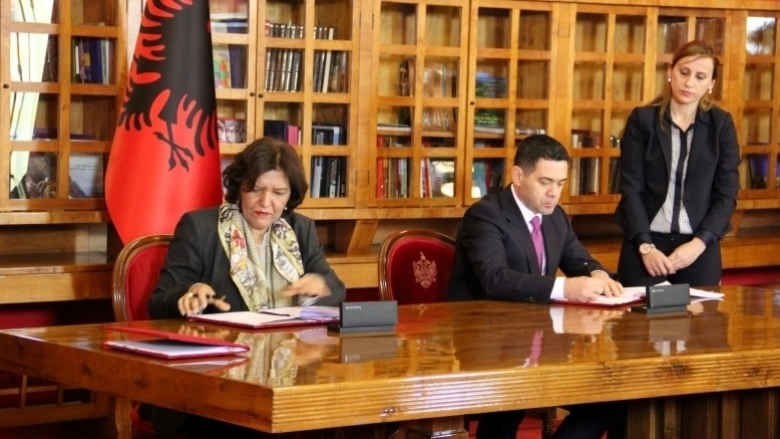