On behalf of the World Bank, I would like to welcome all of you and acknowledge the presence of international experts on citywide informal settlement upgrading from Brazil and Thailand.

We are here today because we care for the poor living in cities, particularly those living in areas where there is constant threat to their lives and the quality of life is very poor.

The Philippines has demonstrated strong economic growth in recent years. In 2013, Philippines was one of the fastest growing economies in Asia, second only to China. And it is projected to maintain the similar trajectory this year. Urban areas have been the driver of this strong economic growth. Greater Metro Manila and other highly urbanized cities together account for about 80% of the national GDP. And yet, the urban poverty remains a compelling challenge despite the economic growth.

Strong economic activities in urban areas attract migrants from rural areas in search of better jobs. Yet, as cities fail to keep up with the fast pace of urbanization, urban poverty is deepening and widening especially in Metro Manila and other highly urbanized cities. This is evident in the pervasiveness of the informal settlements. While it is difficult to capture the accurate number, National Housing Agency estimates that there are now over 1.5 million Informal Settler Families or ISFs across the country. 40% of them are concentrated in Metro Manila. This means that 1 out of every 4 people in Metro Manila live in informal settlements.

I have visited some informal settlements in Metro Manila. They are overcrowded, exposed to recurring floods, and often lack basic infrastructure and services. It is hard to imagine this country achieving more inclusive growth without addressing the precarious situation of the ISFs and providing solutions to lift them out of poverty.

To this end, I would like to congratulate the Local Government Units such as Cebu, Iloilo, Mandaue, Naga, and Quezon City that have undertaken innovative initiatives and have succeeded in tackling the ISF issue at scale.

I’d also like to congratulate the government for launching Oplan Likas that aims to move 104,000 ISFs out of danger zones in Metro Manila by 2016. These are families living in the path of floods and other extreme natural hazards. It is a formidable endeavor, and the World Bank is committed to helping the government move them to safer grounds by providing policy advice on issues such as subsidy design to facilitate resettlement.

Despite these efforts, however, the demand is still largely unmet. The magnitude of the ISFs is so large that it renders the traditional project-based approach of upgrading one settlement at a time ineffective. There is an urgent need to shift from a project-based approach to a programmatic approach which allows the government to reach scale in a timely manner.

This brings me to the Citywide Development Approach to Informal Settlement Upgrading that we are here to discuss today. The World Bank supports the Citywide approach as an alternative solution to informal settlement upgrading. I will not discuss the details of the Citywide approach, as others will cover this later.  But the purpose of the approach is to scale-up the slum upgrading efforts so that the needs can be met more quickly. It entails mapping all the ISFs within a city, developing a citywide shelter development plan, and systematically allocating resources to priority informal settlements.

" The success of the Citywide approach hinges on strong buy-in and partnerships among various actors such as the key shelter agencies, LGUs, private sector, CSOs, and the communities. To foster buy-in and partnership, we need change agents that can champion this approach. I hope that this National Conference helps to deepen your knowledge on different Citywide approach experiences, and serves to form a coalition of partners that can collectively champion the approach. " 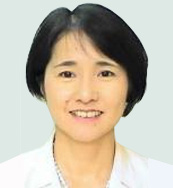 Before I close, let me thank our partners.  Firstly, Housing and Urban Development Coordinating Council, for embracing the Citywide approach in the National Informal Settlement Upgrading Strategy. Secondly, Social Housing Finance Corporation, for leading the process of promoting the Citywide approach across the country. Thirdly, the Mayors, LGU officials, CSOs and the communities that are here today, for taking the initiative to pilot your own versions of the Citywide approach. We hope to learn from your experiences. Last but not the least, The Australian Department of Foreign Affairs and Trade, the Korean Government, and Cities Alliance, for providing support and funding to the World Bank for the Citywide approach pilots in the Philippines.

In closing I hope that this conference helps build the momentum to scale-up the Citywide approach. We look forward to working closely with you all to tackle the challenge of informal settlement upgrading, and to contribute to reducing urban poverty in the Philippines.

Philippines: The Impact of Floods on Jobs & Livelihoods