Thank you for inviting us to join this extremely important and timely event where the Government of Albania is launching consultations on the Policy Paper on Pensions.  Albania’s pension system is in need of reforms to address among other issues the implications of changing demographics. The population is aging.  Even now, when Albania is still young, problems in its pension system are emerging which would leave today’s young at risk for poverty in old age. Hence reforms are called for to protect the current and future elderly. 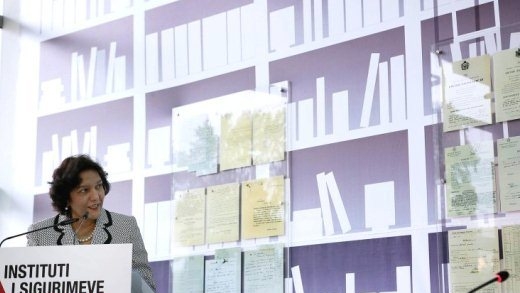 Countries throughout the region are reacting to the demographics by reforming their pension systems.  Three key areas stand out.  First, these reforms in these countries include increasing the retirement age.  Countries like Montenegro, Poland, Greece, Italy, and Spain have recently increased retirement ages to 67. Increase in retirement age is also proposed in Albania.  Second, the transition countries tried to raise participation in the pension system among the working age. However they have all realized that this is not increasing fast enough to prevent some future elderly from falling into poverty. Hence several countries are instituting social pensions.  And third, these countries are also trying to assess how best to provide adequate, yet affordable, pensions.

Recognizing the critical need for reforming the pensions system, there has also been significant research and work done by the Government and academics in Albania.  The World Bank has provided technical support during the past years as well as conducted analytical work in this area. I am pleased that a consensus is emerging on the need for reform and on the core issues.  Today’s event presents some options placed before you by the Government for further dialogue and consultations.

While we are today discussing Albania-specific options for pension reforms, all of us are aware that it is also a core issue for this region. Recognizing this, the World Bank recently completed a regional report on pensions called “The Inverting Pyramid” which highlights some similar issues across the region.  Let me highlight three major findings from this Report.

A third finding highlights a particular problem among the countries transitioning from central planning to market economies.  I refer to the rise of informal labor markets.  With a large percentage of the working age population not making contributions, there are even fewer workers to support the elderly today.  But more importantly, when workers with few or no contributions to the pension system reach retirement age, they are likely to be ineligible for benefits, raising the prospect of a significant number of elderly facing poverty in the future.  In Albania, only 35% of the working age population made contributions in 2012.  What is the future implication of reduced pension contributions?  It is expected that anywhere between thirty to fifty percent of the future elderly will not have pensions, compared to today, when almost all elderly collect a pension. This is a serious issue. If left unattended, the future elderly run a serious risk of falling in poverty.

These few examples point to the critical need for reforming the pension system to protect the future elderly.

The World Bank is pleased to join this event and we support this consultative process where the Government is sharing its proposals with the stakeholders and the broader public. It is important for pension reforms to proceed with support and broad consensus.  Pension policy and associated reforms have far reaching implications for the current and future generations.  Continuity of policy, with broad based support, is therefore required to instil confidence in the workers that pension reforms and benefits will be there for them when they retire.

We have been providing technical support to the Government and sharing the experiences of the region and other countries.  Our technical team is available to continue the engagement and we stand ready to provide further technical support when needed.  We wish you the best in the consultation process leading up to finalization of reforms in the pension system.