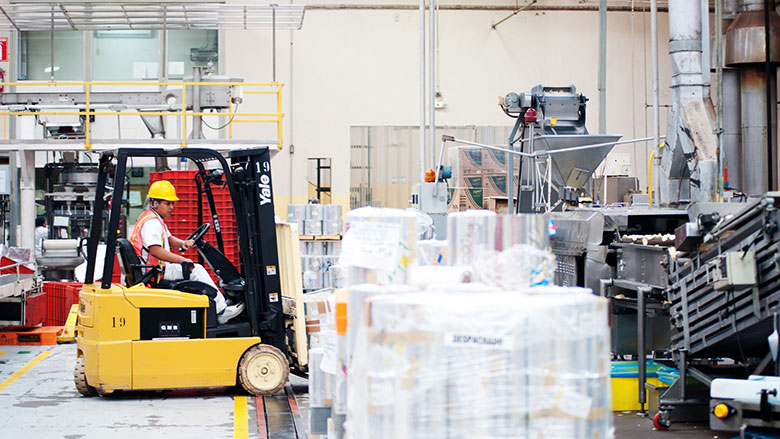 The region is expected to contract by 1.1 percent in 2016 but to recover to 1.8 percent in 2017, according to the Consensus Forecasts. Such recovery is attributed largely to a rebound in South America, where growth is expected to reach 1.5 percent in 2017.  Meanwhile, Mexico, Central America and the Caribbean as a subregion —which depend less on commodity exports and are more closely tied to the economic recovery in the United States—are expected to remain in positive territory this year and next at 2.4 and 2.7 percent, respectively.

“The regional slowdown seems to finally be coming to an end, with average growth expected to turn positive in 2017,” said Augusto de la Torre, World Bank Chief Economist for Latin America and the Caribbean. “Now, we are emphasizing the need for a major switch of resources (workers, capital, entrepreneurial talent, financing) towards the production of goods and services that are traded in international markets—that is, towards tradable activities.”

The report explains that in the new reality of lower commodity prices the region can no longer depend on domestic demand to boost growth, as it did during the bonanza years. A turn toward outside buyers will be crucial to boost economic activity.

However, just when the region seems ready to make the necessary efforts to strengthen its presence in international markets, the world seems to be going in the opposite direction, as the volume of global trade is flattening if not declining, pulled down by a contraction in the volume of imports from China and East Asia, more broadly.

The good news is that some preliminary evidence now shows that countries in the region are already increasing production of exports including new, higher quality products that are finding niche markets in the U.S. and Europe.  Moreover, the more competitive exchange rates, obtained during the adjustment of the past two years, open the space for greater regional trade by replacing imports from outside the region with products and services efficiently produced within the region. The report also finds that countries with a flexible exchange rate are diversifying their exports and export destinations.

“One question is whether the structural transformation required to make this shift in production is consistent with the process of macroeconomic adjustments that is still underway in many countries in order to adapt to the new post-boom reality,” said De la Torre. “To sustain growth, the adjustment process should avoid unduly sacrificing investment, so crucial to boost future growth.”

The pending macroeconomic adjustments tend to be concentrated in South America, home to many commodity exporting economies that suffered the most from the drop in commodity prices. So far, at least three countries, Peru, Chile and Paraguay, have completed their adjustments and can more freely focus their energy on growth with social equity. Reigning on fiscal expenditures has proven to be a tough challenge for many contries, however.

Putting macroeconomic balances on a sound footing will open room over the medium term to invest on more and better education and infrastructure, which are required to support the switch toward the production of tradable goods and services. Without such a switch, it will be hard for the region to reach the growth levels needed to recover the rhythm of social gains seen during the commodity boom.