Jakarta, June 14, 2016 – The World Bank and the Government of Switzerland established today a USD 13.4 million fund to help Indonesia harness the growth of its cities, whose rate of growth is currently the highest in Asia.

Investments in cities’ infrastructure have not kept up with the rapid rate of urbanization, resulting in congestion, pollution, and risks to disasters such as flooding. The fund will support the building of capacity among government agencies to prepare policies that support investments in sustainable infrastructure.

“In decentralized Indonesia, the development of cities are the responsibility of regional governments, with the central government guiding and supervising the process. Regional governments should finance, maintain, and rehabilitate infrastructure facilities, but currently their budgets are spent on salary expenditures. Alternative sources of funding are crucial to support the development of infrastructure in this country,” said Minister Hadimuljono.

By providing more higher-productivity jobs and lowering the costs of doing business – helping businesses grow faster -- medium cities can substantially boost a country’s economic growth. From 1970 to 2012, every 1 percent growth in urban population correlated with per capita GDP increase of 13 percent for India, 10 percent for China, and 7 percent for Thailand. Indonesia has gained only 4 percent per capita GDP growth for every 1 percent urban growth.

“Indonesia is enjoying only a fraction of the potential benefits of cities, which can be centers for transformational innovation and high growth. With more investments in critical infrastructure that deliver clean water, sanitation, efficient public transport, and affordable housing, in a sustainable way to the cities of Indonesia can accelerate growth and lift millions out of poverty,” said Rodrigo Chaves, World Bank Country Director for Indonesia.

Indonesia’s rapid urbanization is amongst the fastest in the world, increasing the size of its urban land from the years 2000 to 2010 by more than 1,100 square kilometers – second in size only to China.

By 2025, Indonesia is expected to have 68 percent of its population living in cities. With 50 million rural residents – many of whom have families who have migrated to cities – the island of Java in particular faces high urban growth potential.

The Swiss Government, through its State secretariat for Economic Affairs, or SECO – which globally supports the promotion of sustainable growth -- provided the first contribution to the Indonesia Sustainable Urbanization Multi-Donor Trust Fund (IDSUN), which has an initial time-line of three years.

Dr. Yvonne Baumann, Ambassador of Switzerland to Indonesia, explained that, “Through the IDSUN trust fund, we support Indonesia’s efforts to prioritize economically, socially and environmentally sustainable urbanization on the national agenda, and to strengthen synergies and capacity across agencies and local governments to improve people’s living conditions in cities.”

IDSUN is a key part of the consolidation of a national ‘platform’ on sustainable urbanization for Indonesia, which is expected to comprise several coordinated national programs: on slum upgrading and affordable housing, urban transport, urban water supply and sanitation, solid waste, and drainage and flood risk management.

Other actions that can help Indonesia benefit more from urbanization include enhancing urban management through strategic investment planning, taking advantage of domestic options for financing of essential urban infrastructure, issuing policy reforms that facilitate investors in infrastructure development, and learning from countries with a track record in sustainable urbanization, such as South Korea and Singapore. 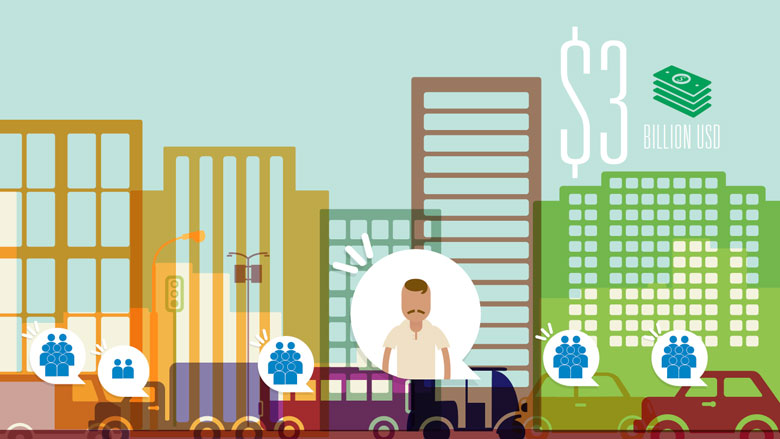