As countries in the Western Balkans continue to grow, so too does their exposure to risk from climate change and natural disasters.

Over the last twenty years, living standards have increased six-fold in Bosnia and Herzegovina, nearly three-fold in Albania and in Serbia. More people are finding jobs and wages are rising. The region’s future, according to the latest World Bank projections, is bright.

However, there are clouds gathering on the horizon. In parallel to this welcome growth, climate and disaster risks are also increasing, putting vulnerable communities in jeopardy.

In 2014 we saw historic flooding that caused over €2 billion in damages and losses in Bosnia and Herzegovina (nearly 15 percent of the country’s gross domestic product) and over €1.5 billion in damages in losses in Serbia (nearly 5 percent of Serbia’s GDP). Last summer we witnessed record temperatures that buckled train tracks, fueled dozens of fires across the Balkans, caused a drought in Serbia which led to a drop in agriculture output of nearly 10 percent, and forced Albania to spend €200 million on energy imports amid a devastating drought. All of these extreme events serve as stark reminders of just how vulnerable the region is to climate-related shocks. 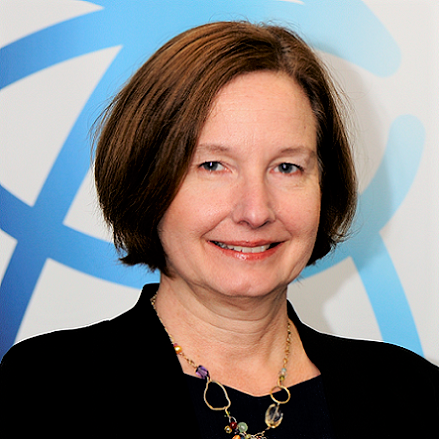 Linda Van Gelder
Weather extremes like these are fast becoming the new normal – by the end of the century, in fact, average regional temperatures could rise by as much as 4 degrees Celsius or more above pre-industrial levels. This would mean more frequent droughts, reduced agricultural production, severe water shortages, and less hydropower energy - threatening to disrupt decades of important development gains.

This is simply too high a cost.

Fortunately, there is still time to act and, by implementing climate-smart policies today, policymakers in the Western Balkans can prepare for the disasters of tomorrow.

Serbia is leading the way in these efforts. The country has introduced the region’s first comprehensive disaster risk management framework, becoming one of the first countries in the world to fully align its legislation with the Sendai Framework. Building on this momentum, Serbia secured a €66 million loan from the World Bank in 2017 to ensure immediate access to recovery funds in the wake of a major disaster. The loan’s Catastrophe Deferred Drawdown Option (Cat DDO) - the first of its kind in the Europe and Central Asia region - was designed to protect vital social investments from the fiscal impacts of natural disasters. This instrument has already been put to use – contributing to the estimated €23 million needed to fund recovery programs in public health, education, agriculture, and beyond following floods during this summer.

Given the complexity and costs associated with climate risks, however, no country can be expected to tackle this challenge alone. With support from the Global Facility for Disaster Reduction and Recovery (GFDRR) and the European Union’s Instrument for Pre-Accession Assistance, Serbia is deploying LiDAR technology to create digital terrain models that will guide investments in flood risk prevention.

In Bosnia and Herzegovina, a €86 million World Bank project is restoring critical infrastructure to protect against growing flood risk. In Albania, the government is pursuing sustainable land policies, such as forest regeneration, to help protect water supplies from heatwaves and droughts, and is one of the first countries to sequester carbon on eroded land. In FYR Macedonia, efforts are underway to safeguard the country’s vital agricultural sector from climate variability by developing key agricultural institutions and making needed investments in infrastructure, support services, and on-farm improvements. And within both Kosovo and Montenegro, energy efficiency policies are being mainstreamed to ensure sustainable economic growth, such as insulating roofs and upgrading heating systems in schools and hospitals.  Critical investments are also being made along key regional transport and trade corridors throughout the region to reduce climate vulnerabilities, such as flooding and landslides.

Similar initiatives are also being carried out at the regional level, proving that the Western Balkans region is more than the sum of its parts. Supported by the World Meteorological Organization (WMO) and the World Bank, ongoing partnerships with neighboring countries are improving the process of sharing hydrometeorological data - enhancing weather forecasting efforts and bolstering broader European meteorological systems.

By working across borders, these countries can provide better early warnings for disaster and climate risks to all of their citizens.

This regional work will be given a boost in this week, when a group of experts, policymakers, and other stakeholders gather in Belgrade for the region’s first Understanding Risk Conference – one of only a few spaces where scientists, government representatives, private sector voices, and members of civil society can come together to take on the challenge of climate risk and apply the latest innovations in the field.

As weather patterns become more uncertain in the region, governments within the Balkans will need to take increasingly proactive approaches to ensure the safety and prosperity of communities. Strong international partnerships – and forward-looking investments in resilience – will help the region adapt to whatever weather comes its way.