Entrepreneurial Spirit in Stara Planina Is Alive and Well, But Regardless of Government

From time to time we ‘check up’ on some of the projects we once financed. We do this to show our support to those that took initiative, but also to see what lessons we can draw for the future.

As you know, building a greater entrepreneurial spirit in Serbia is something we feel is important, given the need to create new employment opportunities. There is one past project that is particularly close to our hearts for many of our staff, which is a project that supported small-scale economic and biodiversity initiatives in Stara Planina Mountain between 2006 and 2012.

The reasons why this is important are many. This was and is a part of the country that is fast depopulating, yet has enormous potential and great natural beauty. Maintaining natural beauty and economic initiative can go hand in hand to reinforce each other, and this is what the project tried to do. 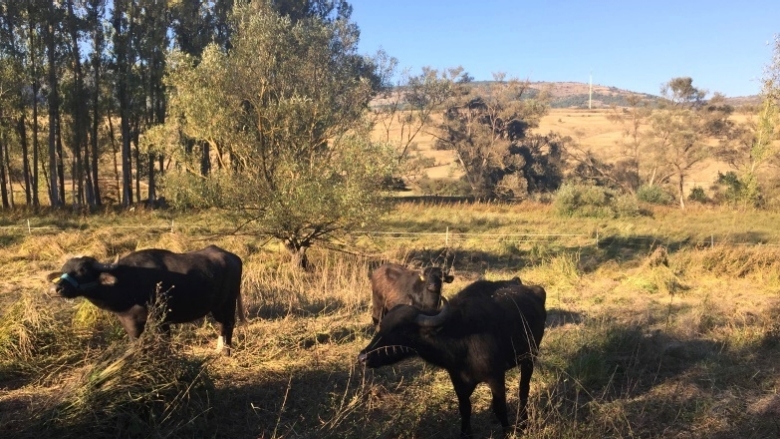 The indigenous breed of the Sara Planina buffalo: efforts have been made to preserve this native breed.

It met many difficulties on the way, lethargy and a sense of powerlessness among people, smaller and larger logistical obstacles, and the often bemoaned challenge of ‘lack of entrepreneurial spirit’. However, in the end it produced some great results too; the fact that one now has Busha cattle organic meat on the menu of several restaurants in Belgrade is due to this project. Buffalo butter and donkey milk are being exported to Bulgaria. Most of all, some life was brought back to villages that were slowly dying.

What did we find three years after the end of the project?

Well, beneficiaries are doing well, their businesses are surviving, even expanding, in particular the small-scale ‘niche’ organic initiatives using donkeys, sheep, special breed of indigenous cattle and buffaloes. However, not only this: rural tourism in a beautiful, but previously dying village of Gostusha has picked up, a proud owner told us she got 70 overnight bookings only this year by using booking.com, including from Germany, Switzerland and other countries.

Often we are told that in our support to local economic initiatives we focus too much on Belgrade and on those that would make it anyway, like the young innovators supported through the Innovation Fund. However, the stories these beneficiaries tell show that also not so young, not so highly educated people in remote areas can succeed, and this is encouraging.

One thing I would like to say, however, is that here the state can do much more to provide meaningful support.

We have the 2016 Year of Entrepreneurship ongoing in Serbia, with significant funds from the budget, but nobody in this region has ever heard of it. This is a lost opportunity as boosting these kinds of businesses would be a great win. Some of the entrepreneurs have already shown their ability to link up to value chains (the Busha Cattle story) so replicating this in other parts of Stara Planina or Sumadija region would be a real opportunity.

What is worse, the state still uses financial support instruments in a way that bypasses such beneficiaries. The fact that the milk premium, for instance, treats cow milk the same way as much more labor intensive and difficult buffalo, sheep and donkey milk (all of which have much higher value and could be a niche market for Serbia) is both shortsighted and counterproductive. Most large-scale dairy farmers don’t really need the premium, but for these producers of ‘special’ milks it could make a real difference allowing them to scale up. The revenues gained from this would also benefit the state.

Logistics and transit difficulties remain for many of these producers, and providing support in this aspect would make a major difference. Improved infrastructure and transport facilitation is something where Government could do much more, in particular when it comes to cross-border trade with, in this case, Bulgaria, which is a significant market for these products (Sofia being just 60 kilometers away).

A more striking example yet is the village Gostusha.

When receiving the Global Environmental Facility Grant, the government committed to do its part by building the remaining 3 km of road between the access road to the village financed by the Grant and the bridge over the artificial lake above the town of Pirot. The fact that three years after this, the counterpart contribution is still missing, forcing those that want to use the rural tourism facilities in Gostusha over a stretch of road that would damage all but the sturdiest of vehicles, is a real shame.

Hence, my brief visit to this beautiful part of the country with its spirited people is both encouraging (yes, entrepreneurial spirit can be built in remote areas with serious economic disadvantages, and in an environmentally sustainable way) and discouraging, as government is missing an important opportunity to make a difference. We hope that the new leadership in the ministries of agriculture and economy will take up this challenge. 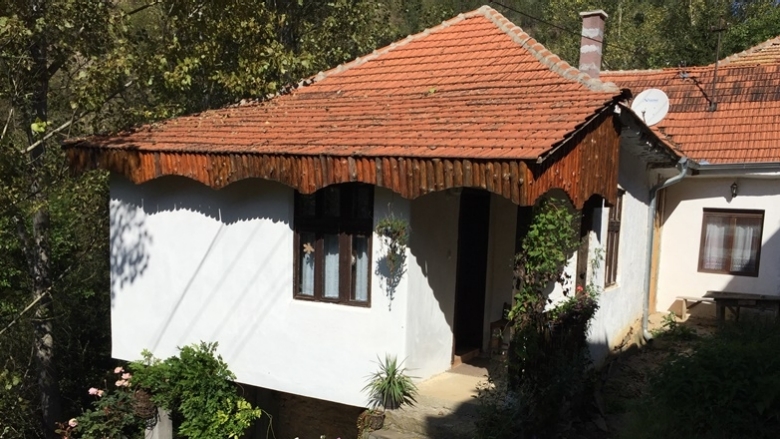 Rural tourism has brought hope to households and helped revive the village of Gostusha.

Serbia Video: Bringing New Life Back to the Old Mountain