‘Data Is Power’ Still Lives On in Serbia 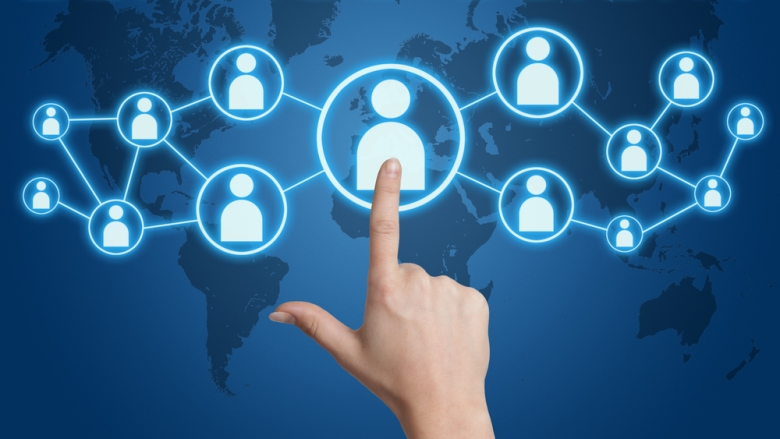 Often when I hear Serbian colleagues and friends talk about pensions and mainstream social benefits - such as maternity and sick leave benefits - they recount stories of a system shrouded in secrecy. These stories feature anonymous public servants who provide (or don’t provide, according to the mood of the day) seemingly arbitrary information regarding one’s accumulated pension rights and other benefits, or assign penalties for contributions that one was often not even aware they needed to pay. Tales of multiple visits to unfriendly offices abound and this appears to be one of those sources of real frustration among citizens with their state. It portrays an image of Kafka’s The Trial.

This is a bit surprising, given that Serbia has a Central Registry of Compulsory Social Insurance (CROSO) that, in theory, should be able to provide all this information at the touch of a button.

The process of creating the CROSO was initiated some nine years ago, yet, even today it does not operate ‘properly’ (as our counterparts tend to say when providing an excuse for the state of development of the system).

As an outsider, the question is: what is the real ‘why’?

In almost all European states, citizens can check their accumulated pension rights online (or at least very easily) and make additional contributions as needed. Calculating maternity or sick leave entitlements follows simple, straightforward rules. Serbia has been left way behind in this aspect of public service delivery.

What is the issue?

Instead of having a central registry where citizens can find their accumulated benefits (and whether they or their employers have made their contributions), each entity that is expected to provide information is doing its own verification - ignoring the central register. Hence, the Pension Insurance Fund (PIO), the State Tax Administration (STA), the National Employment Service (NES), and the Health Insurance Fund (HIF) double and triple check information, and, of course, they each employ the staff required to do so.

The Pension Fund, which officially has no role at all in collecting pension contributions, still does this by itself, instead of relying on other agencies on contributions paid as part of payroll deductions (like the STA) or for the unemployed (like the NES).

In our assessment, the PIO could easily do without some 800 staff (out of 3000 currently employed) if they trusted that other organizations are doing their job. This, of course, requires other organizations in the system to do a reliable job in controlling contributions and expenditures. Unfortunately, all four institutions – as well as the CROSO itself - are pretty good at ‘passing the buck’.

A few practical examples of what this means for citizens: if one lives in Belgrade, but is employed in Sremska Mitrovica, and wishes to renew one’s health insurance card, one has to physically present written confirmation issued by the tax authority that one’s employer has paid all their dues (contributions). This is a completely unnecessary step, as the HIF has been automatically receiving information on paid contributions from the tax authority for years. However, clearly the HIF would rather employ extra staff to do their own checks and have citizens go through the trouble of visiting their offices.

In another case, a colleague that was close to her retirement discovered by accident that records of some of her years of employment with a government institution were missing. She worked for more than 20 years in the same institution and it appeared that a few years were missing in the PIO database. Apparently, the PIO misplaced the relevant forms (M4) for several years when they were putting paper records into an electronic data base. Luckily for my colleague, she was able to get copies of the form from a former employer and resolve the issue.

One can only imagine what would have happened if it hadn’t been a government institution but a bankrupt company. If it was possible to check ones status online, many people would be able to notice underpayments. CROSO could provide this opportunity, but, again, it is not being used in this way.

In the end, of course, much of the resistance against having a functional central registry with a citizen interface is a function of institutional politics; no institution likes to have its staff reduced or lose the monopoly over the data it controls. The notion that data is power is still very much alive in Serbia, even if this idea creates great inconveniences for citizens (and a risk of being asked for informal payments).

Public interest is not served by such arguments: Serbia’s citizens now waste an inordinate amount of time trying to make sure contributions have been made on their behalf, establishing what their entitlements are, and what they are required to contribute additionally, if anything.

Furthermore, the seemingly obscure and secretive ways in which benefits are calculated significantly contribute to the low trust that citizens have in the state - and this is something that should be of real concern to decision makers.

There is some hope yet.

Several ministers in the new government have picked up on the (rather embarrassing) fact that after nine years of work, five institutions have not been able to work out a division of labor that would create a transparent, effective, and citizen-friendly system. Action to break through the stalemate around CROSO is now on the table. Citizens must add their voice and demand that they get a service commensurate with 21st century practices, instead of one that you would have expected to find in the Habsburg Empire of Kafka’s times.