Internal relations in Serbia’s vast public sector space are so complicated it takes a genius to unravel them. One could also say that it took some quite inventive minds to create them, ostensibly for their own benefits. If only such ingenuity had been put into enterprise innovation Serbia’s economy might have looked different today.

Mutual debts between power, transport and commercial State Owned Enterprises built up over years of failed management and abuse, and they are at the core of Serbia’s fiscal problems. To name a few, Srbijagas debts are over US$ 1.5 billion, RTB Bor’s debts over US$ 1.2 billion and Railways debts (all three companies together) are over US$ 600 Million. EPS’ situation is better, but also EPS carries high medium term fiscal risks.

What is more important is that most of these debts are internal to the public sector. Railways did not pay electricity for years. MSK and Azotarra did not pay for gas supplies, and enterprises like RTB Bor neither paid electricity, nor transport and not even the government’s own mining fees, let alone any of the cost of the disastrous environmental liabilities the company generates.

Efforts to clean up this bewildering system of mutual debts and ownership relations (Srbijagas, for instance, has built up ownership stakes in numerous enterprises as debts were converted to equity) started in earnest some 18 months ago, as government recognized that cutting this Gordian knot is central to putting the country’s finances back in order.

In the meantime much has been achieved. Work on financial plans for EPS and Srbijagas brought an understanding of who owes what to whom and how this might be settled. The unbundling of railways has helped us see what parts of railways are viable, what needs to be closed and where the state should continue to pay subsidies to make sure critical services remain in place. The (partial) cleanup of the public sector banking sector in 2013-2014 and the ongoing process of resolving commercial SOEs untied further parts of the knot. As regards the latter, while some 225 out of 526 remain to be resolved, there are good hopes this process will be completed soon.

However, as we know from Alexander the Great, in the end Gordian knots need to be cut, not untied. I believe that the moment is coming to take the sword, and make the cut.

Why? While in the second half of 2015 we were starting to see the benefits of all the measures that were taken to bring order to the public sector and its finances, the last two months have seen a worrying reappearance of old sores: internal debts to EPS are growing, and large enterprises are again not paying their bills. Internal settlements between railways and EPS are still pending.

A few big players are at the core of this problem, and they are well known. RTB Bor remains the critical culprit, not only making very high losses, but also being one of the main polluters of Serbia, and, currently also holding the process of public sector rationalization hostage. To us, the time for decisive measures is due, in the interest of Serbia’s citizens and taxpayers.

There are others that right now are ‘clean’ on their current payments, though still carrying significant historical debt. However, they could easily slide back into payment indiscipline once oil and gas prices rise again, which eventually they will. Petrohemija, Azotara and MSK are among these.

We believe Serbia has, with EPS, a company that could be a competitive regional player in the energy market, as long as the company can collect its bills and rationalizes its work force. We also believe that Serbia’s rail cargo company can do the same, if rightly managed. Our work on financial consolidation of Srbijagas shows that also this company can be brought back to financial health. However, if a few dinosaurs from the past continue to tie them in knots, they will, like Sisyphus, continue to roll stones up the hill, only to be crushed by them when they come rolling back down. 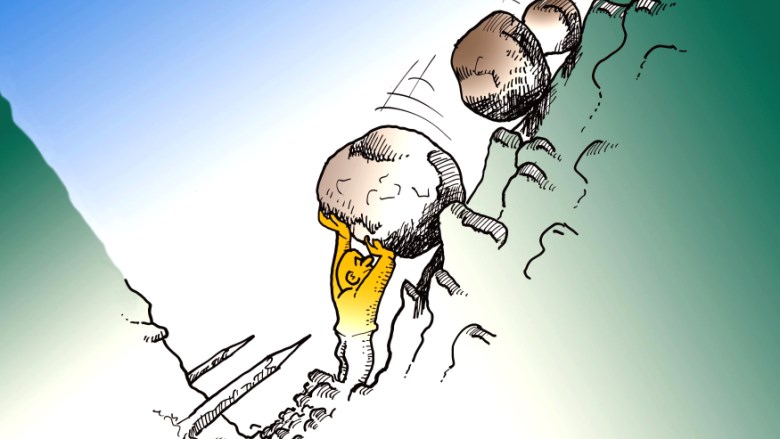