East Asia is on the front lines of climate change. Hundreds of millions of people in the region live in and outside cities in low-lying areas, facing increasing risks from rising seas, heat waves, droughts, salinity intrusion and water scarcity. We have been experiencing one extreme weather event after another in recent years, including deadly floods and destructive winds unleashed by supertyphoons.

Now is the season for typhoons, which have been leaving in their wake scenes of destruction and shattered lives in the Philippines, Vietnam, China and elsewhere in the region. Each superstorm is a reminder of why we, and leaders everywhere, have an urgent responsibility to act now to reduce climate and disaster risks.

We must do more to invest in building resilience to help communities stand up to a future of more extreme weather. That includes investing in infrastructure, social safety nets and microinsurance, as well as other programs and projects that bind communities together. Worldwide, we must reduce activities that are fueling climate change.

None of this can be delayed. We are running out of time.

On Sept. 23, United Nations Secretary General Ban Ki-moon will convene world leaders for a climate summit in New York to mobilize international, national and local actions as we head toward a new international climate agreement in 2015.

He is looking for leaders in this field.

It means instituting policies that catalyze green investment and give companies the certainty they need to clean up their industries and supply chains. One option may include putting a price on carbon to set in motion the shift toward cleaner investment, without prejudice on the right to sustainable development.

Leadership also means promoting energy efficiency through performance standards on buildings, cars and appliances. And it means setting targets for renewable energy and investing in a clean energy future.

For investors, leadership means making sound choices, such as green bonds—now a $20-billion market and growing—that bring a healthy return for putting money into low-carbon projects, such as renewable energy, reforestation and low-carbon transportation.

On the climate frontlines in Asia, leadership is essential.

Vietnam, one of the countries mostly affected by sea-level rise, is pursuing a low-carbon growth path and working to increase energy efficiency and renewable energy, as well as mass transit options in cities. As part of its Green Growth Strategy, it aims to reduce the intensity of greenhouse gas emissions by 2020 and beyond. Along with other countries that share the Mekong Delta, the country is also bringing science and decision-making together for innovative solutions to water resources and coastal zone management to protect threatened communities and livelihoods in the Delta. Still, Vietnam needs more international cooperation and support for effective responses to climate change.

The Philippines is working on a replicable model for increasing the scale and effectiveness of climate and disaster financing. It has increased climate-smart investments, particularly for flood control, energy efficiency and reforestation. It has also set a goal of tripling its renewable energy by 2030 and approved a set of renewable energy incentives, including feed-in tariffs and net metering to promote their use.

And China has launched seven local pilot carbon markets in the past two years, creating the second-largest carbon market in the world, and has invested heavily in low-carbon cities and renewable energy.

Forward-thinking leaders are showing that with careful design, critical development projects can also reduce emissions and build resilience to future extreme weather events. Developing countries have learned from the poor choices now evident in developed countries and are leapfrogging them to climate-smart, low-carbon solutions. This is not only the right approach, but it can also give them a competitive economic advantage.

As we head into the climate summit, we all have a responsibility to protect the planet for our generation and our children’s generation. We cannot wait—the costs are only rising. We have the knowledge. We understand the urgency anew with the devastation from each supertyphoon. It is now up to each and every one of us to act. Our children’s lives depend on it. 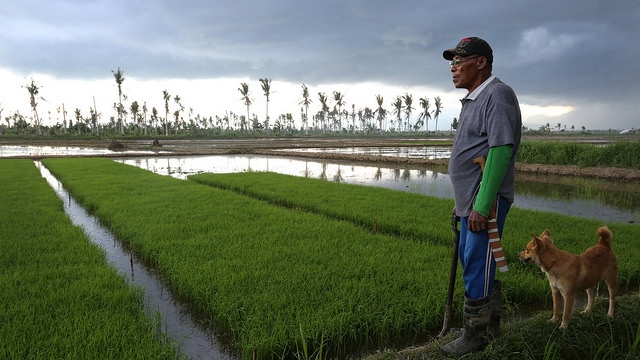