Poland: Aging and the Economy

Poland is aging, and aging fast.  In 1950, the median age was 25.8: half of the Polish population was younger, half older.  Today it is 38.2.  It will be 51 in 2050.  As the population is aging, it has also started to decline: from 38.6 million in 1995, to 38 million in 2010, to an expected 32 million in 2050.  Can Poland sustain its strong economic performance under these conditions?  Or put differently, what will it take to mitigate the impact of medium-term demographic trends on Poland’s economy?

Is there a way to mitigate such demographic changes?

There are two main reasons for Poland’s population decline: low birth rates and a continued emigration.  Is this irreversible?  Is there a way to slow down the aging and stabilize the population level?

On average, a Polish woman has 1.3 children: it would take 2.1 to replace generations.  And demography works in waves.  There are about 3.2 million women between 25 and 35 years old today, in the most procreation-friendly period of their lives.  But because fertility fell in the 1990s, there are only 1.8 million girls between 5 and 15, the potential mothers of the next generation: even if they all were to have 2.1 children, this would not suffice to stop the demographic decline…

Over the last decades, a number of EU countries have put in place a variety of policies to encourage families to have more children.  Three lessons can be drawn from other countries.  First, the costs involved are significant: 3.9 percent of GDP in Denmark, 3.4 percent in France, 3.3 percent in Germany, compared to the current 0.9 percent in Poland.  Second what matters is not only “how much” but “what for”: outcomes in Denmark, France, and Germany differ widely.  The impact of financial support alone is mixed, and the most successful countries focus on helping mothers stay in the workplace – through job protection during pregnancy and affordable and comprehensive childcare from a very young age.  And third, even in the most successful cases, the impact of such efforts is just enough to bring the fertility rates close to the level needed to replace generations.  In other words, “pro-family policies” are expensive, they need to be thought through very carefully, and they can only be a part of a solution.

Emigration is further accentuating the demographic trends.  Over the last two decades, a number of Poles have left their country, and only a fraction has come back, in spite of the 2008-2009 crisis that hit some of the host countries.  Emigrants tend to be young, and they will have children in foreign countries.  Are there ways to keep these people in Poland ?  This will likely depend on jobs and economic opportunities – that is on Poland’s ability to maintain high levels of economic growth.  Some countries have also put in place special programs to facilitate the return of emigrants, especially those who have acquired skills overseas that could be useful in their native country.

" Yet, with the continued raise in living standards, Poland will increasingly become an attractive destination for immigrants, especially those coming from non-EU countries. " 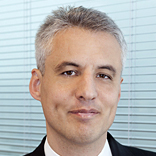 Other high-income countries, both in Europe and in North America, have tried to mitigate population decline by welcoming immigrants. Today, Poland counts about 200,000 foreigners, largely from the EU and from neighboring Ukraine and Belarus. Yet, with the continued raise in living standards, Poland will increasingly become an attractive destination for immigrants, especially those coming from non-EU countries. The debate on how to position Poland in this context has not started yet, but this is one of the questions that the country will have to deal with in the coming decades: what type of immigrants should be the focus of immigration policies ? How to best manage a growing inflow of foreigners, and the gradual transformation of Poland in a society where people of different cultural backgrounds can live together to everybody’s benefit ?

What is the impact of demographic trends on economic growth?

Aging and demographic decline have consequences on the economy. An aging and smaller population implies an aging and smaller work force. European Commission’s researchers project that Poland’s potential growth in GDP per capita – that is, the long term growth trends beyond the ups and downs of the economic cycle – would decline from 4.7 percent of GDP to 3 percent of GDP after 2021, owing to the aging of the population. What is at stake is hence Poland’s ability to continue on its high-growth trajectory and to bring living standards to the level of Western Europe in a relatively near future. Is there a way to mitigate the impact of such demographic trends on the economy?

Experience in other countries suggest a three-pronged approach: get people to work longer; get more people to work within the working-age group; and get those who work to work better, to produce more.

“If you live longer, you have to work longer.” The share of the population above 65 is expected to almost double by 2030. With the current retirement age, the working-age population would shrink by more than 15 percent by 2035. When less people work, less is being produced than would otherwise be. This is why raising the retirement age is critically important.

In parallel, more people need to work within the working-age age group. What economists call “labor force participation” (those in working age who have a job or are actively looking for one) remains low in Poland, in particular for the young , the women, and those over 55. The difference between Poland and other EU countries is greatest in the case of older workers (in large part because of generous rules for early retirement until recently): only 35 percent of persons aged 55 to 64 are economically active in Poland compared with the EU average of 51 percent, 58 percent in Chile, and 62 percent in Korea. There is hence a significant scope to mitigate the demographic decline by increasing labor participation. Efforts to that effect are underway in many countries. Providing child care or long-term care for aging relatives makes it possible for women not to stay home. Developing flexible working arrangements, including part-time or telecommuting, brings into the workforce people who would otherwise not have been able to join. Helping workers, especially older works, develop and retain the “right” skills and qualifications will help them find and keep a job. There is now a wealth of experience on what works well, what works not so well and even more important on how to make it work in practice.

Finally, if less people work, is there a way to help them produce more? Economic growth is not only a function of the number of people who are working, but also of how effectively they work. Experience suggests that increasing labor productivity is also a complex, multidimensional task. It involves efforts in areas such as: the quality of education (basic education, professional training, higher education, life-long learning, etc.); the business environment, to support job creation and innovation; labor regulations, to help jobs move towards more productive and growing firms; economic transformation in sectors where productivity remains low, including agriculture; etc. This is an agenda that needs to be pursued regardless of demographic trends, but that the aging of society makes even more pressing.

What does an aging population imply in the social sectors?

The needs of an aging population are not those of a younger one. Experience in other countries suggests that major shifts will be needed, especially in the social sectors.

The funding of the pensions system is obviously a key concern. Poland went through a full restructuring of its system over a decade ago and is reasonably well prepared. Yet, there remain uncertainties over the pension levels that will be provided in the medium-term. Under Poland’s notional account pension system accumulated contributions are divided by life expectancy: thus, as life expectancy increases, benefits automatically decrease (unless people retire later) and the question is whether they will remain adequate. Some countries, such as Sweden, Italy, or Latvia, are also grappling with these issues.

Health and social care needs are also likely to be transformed. There will be less demand for high-intensity medical care, but more demand for less-intensity social care services for those who cannot live independently anymore. These new services might be less intense, but they have to be provided around the clock and for a much longer period of time. Long-term care expenditures will increase significantly and this will have consequences for the financing of the health care and social system. What is the most effective way to deliver such services? How will these be financed? Who will end up paying for them? These are some of the questions that will need to be addressed.

On the other hand, with less and less children, the formal education sector will also have to go through a transformation – this time a shrinking. Already many schools in Poland do not have their full complement of pupils. Should schools be merged and teachers redeployed? Can this be used as an opportunity to shift resources towards improving quality and providing lifelong learning services? Or should education resources be transferred to other areas, where the needs are increasing?

Finally, Poland’s demographic evolution needs to be seen in the broader global context.

In parallel, other parts of the world are expected to see a demographic explosion. Take Afghanistan: it had 8 million people in 1950, when Poland had 24.8. Today it has 30 million people compared to Poland’s 38 million. By 2050, it will have over 72 million people compared to Poland’s 32 million… Still by 2050, Sub-Saharan Africa is expected to see its population double to almost 2 billion, Bangladesh, already one of the world’s most crowded countries, to see it triple from 140 million to 420 million.

Implosion – explosion. The population of some parts of the world is already shrinking, the population of others will continue to grow for several more decades. It is interesting that the demographic explosion will happen mainly in poor countries, and as such will carry huge risks if it is not accompanied by economic growth, as exemplified by the case of Afghanistan. Richer countries, and on the global scale Poland is one of them, have a vital interest in ensuring that the demographic shifts go hand in hand with successful development efforts. This is an area where Poland can make a significant contribution, by providing financial resources and by sharing its experience of economic transition and success.

The children who are born in today’s Poland stand a good chance to live until 100: sto lat, as the song goes. This is an unprecedented development in human history. It is fraught with risks and challenges, but it is also a huge opportunity – depending on the decisions that are taken or prepared today.