Nepal cardamom (also known as “black gold”) is not only a major ingredient in local cuisine, it is also one of the country’s top 12 exports. In 2019, over US$44 million of whole, crushed, and ground cardamom was exported, representing almost 5 percent of Nepal’s total export value that year.

For Nepalese traders, before the cardamon is exported, it has to be sent to neighboring India for testing. According to Sundar Dahal, Managing Director of Starlight Express – a local import and export company – driving 600km to get an export certificate is not uncommon. “We don’t have a proper testing lab in Nepal, so we have to drive across the border to get our products tested.”

Testing and certification helps traders, like Dahal, meet export requirements to ensure their products are safe for importing countries and do not introduce and spread any non-native pests, diseases, and other food safety hazards.

However, obtaining testing from India comes at a cost. Traders have reported that compliance verifications outside of Nepal can cost up to US$1,700 per shipment, representing in some cases 50 percent of its value. These hurdles mean that exporting cardamon – a resource so readily available in the country – and other valued agricultural commodities is often a costly and timely pursuit.

Traders also experience unpredictable export processing times and a multitude of other problems. Some cited a lack of information on requirements to expand into new markets, a lack of expertise by officials at border points, insufficient government capacities, as well as a lack of digitalization of trade processes that lead to burdensome and duplicate paper-based processes.

The quality of our agriculture products is affected by the clearance wait time at the border. Once sampled to meet SPS export requirements, it is not uncommon to wait 2-3 weeks at the border with a full and sealed truckload for the results. 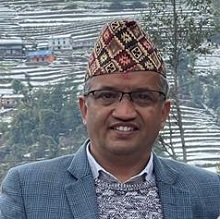 With Nepal’s agricultural products comprising around 35 percent of total exports, enhancing the conditions for the trade of these products (such as cardamom) can be a critical driver of the country’s economic development. Investments in infrastructure, equipment, and human resources are required to support trade and improve Nepal’s export position.

The country’s sanitary and phytosanitary (SPS) agencies – the Department of Food Technology and Quality Control, Plant Quarantine and Pesticide Management Center, and the Department of Livestock Services – are working together to tackle some of these issues. Striking a balance between providing a conducive environment for traders and protecting against pests diseases and contaminants that may be introduced through trade is at the heart of the reform work.

To achieve these objectives, the agencies require some tools, resources, and capacities to undertake the work in a way that is sensitive to trader’s needs. The World Bank Group partnered with the Food and Agriculture Organization, other key experts in food safety and animal health, and the SPS agencies in Nepal to undertake a thorough assessment of the agencies’ alignment with internationally harmonized standards and best practices. These standards and best practices include the World Trade Organization (WTO) Trade Facilitation Agreement (TFA)  – guidance for countries to cut streamline border procedures, increase transparency, and reduce inefficiencies – and the WTO Agreement on Sanitary and Phytosanitary Measures – rules to protect the environment and prevent the movement of harmful organisms which damage crops and to protect consumers from contaminants in food. In many cases, these non-tariff measures are often not barriers to trade but the way in which they are applied creates bottlenecks or prevents traders from achieving market access.

Often the focus of border reforms is on customs administrations. Other border agencies, such as sanitary and phytosanitary agencies, are equally important in facilitating trade by addressing the gaps that contribute to inefficiencies and the inability to provide credible services to traders. 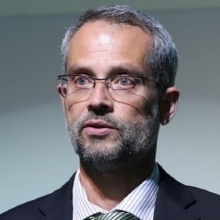 The assessments identified gaps in human and financial resources, capacities, and infrastructure to better understand where investments could be positioned to both support improvements in the effectiveness of the agencies in meeting their mandates but also in supporting current and expanding trade.

The World Bank Group brought together the SPS agencies and stakeholders through a series of virtual workshops where gaps were fully identified. All levels of the agencies were involved from senior managers to front line staff to traders and cooperating partners such as customs, private laboratories, and others.

Charting the way forward together

A clear set of recommendations was developed along with observations to validate the discussions. The outcome was a thorough analysis that details a clear path forward. It addresses the shortcomings to meet both agency mandates and obligations, but also traders needs for efficient and credible trade processes.

The plan triggers a series of reforms – financed under a World Bank Group development loan of US$450 million – which includes the modernization of SPS operations. It outlines three key areas of focus: improving resource allocation, strengthening infrastructure, and assisting government agencies in skills and knowledge improvements. The plan also considers the careful sequencing of reforms to maximize the long term sustainability of the improvements. For example a new state-of-the-art laboratory has been established but must be adequately funded to be sustainable and staffed with employees who have the right technical skills.

As the agencies developed the assessment closely with their stakeholders, the results and plan have ownership across the organization and also with those it serves.

“Our hope is that the assessment will lead to strengthening the capacity within our agency. This will ultimately improve the phytosanitary control of consignments, increase the credibility of the documents issued, and result in better biosecurity,”  said Mahesh Chandra Acharya, Senior Plant Protection Officer, Plant Quarantine and Pesticide Management Centre.

A win-win for government and traders

Going forward, the reform work can address some of the gaps identified, and assist  government agencies to provide effective and efficient services to traders.

For Nepal’s traders (such as those exporting cardamom), addressing these gaps will better position them to meet SPS standards leading to increased market access and reduced trade costs. A win-win for both government and Nepalese traders.

A grant from the South Asia Regional Trade Facilitation Program (SARTFP) supported this work with funding from Australia’s Department of Foreign Affairs and Trade.