Conserving Oceans in the Eastern Seas of an Indonesian Archipelago 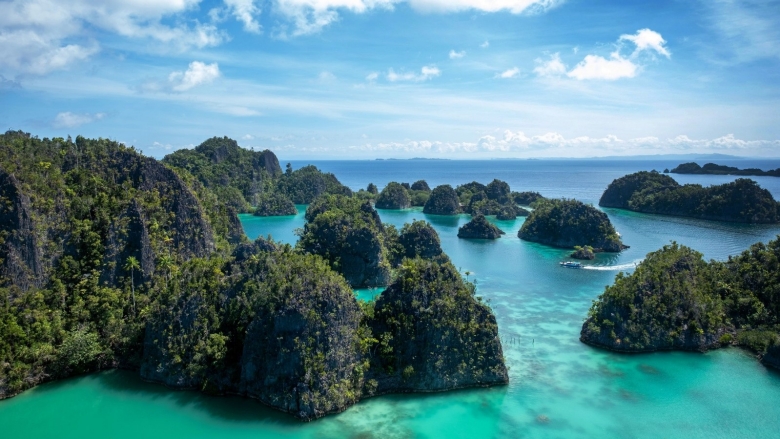 Kampung Mutus is a fishing village on the Raja Ampat islands, in the eastern part of Indonesia. The village is famous for fish farming. The village was started in 1989 by a man of Chinese descent, named Ateng, who was searching for tongseng, or red grouper.

“It was my big brother who met with Ateng, he took him to Kampung Mutus. There were plenty of tongseng to find there. Eventually, the village became a fishing village because it fosters all fish caught in cages,” recalled Markus Dimara, Head of Kampung Mutus.

“These days, fishermen go out in the morning with twenty liters of petrol and go home with only ten fish. Some only catch two. The fish stocks continue to decrease as a result of unregulated fishing in the past,” he said.

Fisheries play an important role for the economy of Raja Ampat, as well as Indonesia’s economy as a whole.

Today, a number of challenges threaten Indonesia’s oceans and the lives and livelihoods of those who depending on them. Overfishing has taxed stocks, while the oceans themselves suffer from the degradation of one-third of the country’s coral reef and the increased presence of marine plastics. Half of the area that supports the crucial mangroves is in a degraded condition.

Despite these conditions, there is still hope for the earth and for people in the eastern seas of Indonesia. 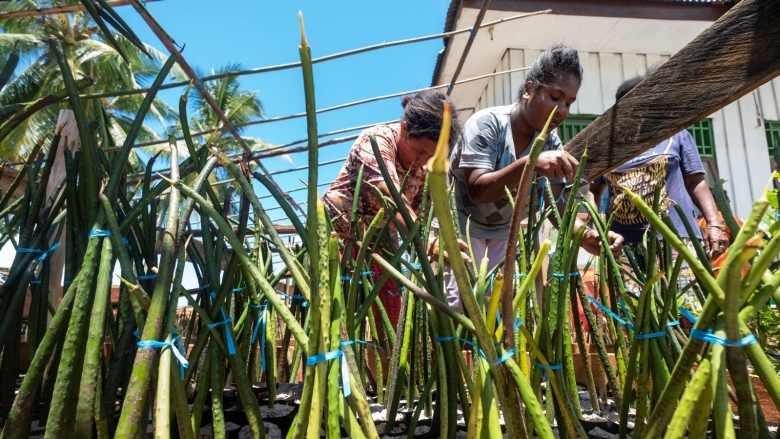 Awaludin Noer Ahmad, also known as Wawan Mangile, is a program coordinator for the Bird’s Head region at the Nusantara Conservation Foundation in Papua said that when the pandemic first broke, the city’s entire economic activity stalled. But there are many ways to survive in Raja Ampat.

“The community is aware of the pandemic, but they are not worried about food. That is because we believe that conservation is the way. If tourism is completely dead, we will be miserable. But the villagers in Raja Ampat said, oh, we still have fish, sago, and kasbi. It is only money we did not have,” he said.

According to Wawan, conservation has long been embedded in local wisdom in Raja Ampat, including the concept of ‘sasi,’ a system which limits the harvesting of some resources to ensure sustainability. This is particularly important in the ocean, where many marine species are harmed if continuously captured without limit. This tradition ensures that species can reproduce and survive.

“During sasi, communities would only take sea cucumbers of a certain size. They would not just take everything. Then five or six years would pass until another sasi,” Wawan said. “When restricted, they can harvest every year. They do not catch lobsters that have eggs either. This way, we can preserve the lives of sea cucumbers and lobsters.”

This wisdom can be replicated in other regions of Indonesia, according to the World Bank’s recently-launched Oceans for Prosperity report, which argues that a rights-based approach of government that grants harvesting rights to coastal communities or enterprises under specific terms and limits can encourage better management and increase fishery productivity. 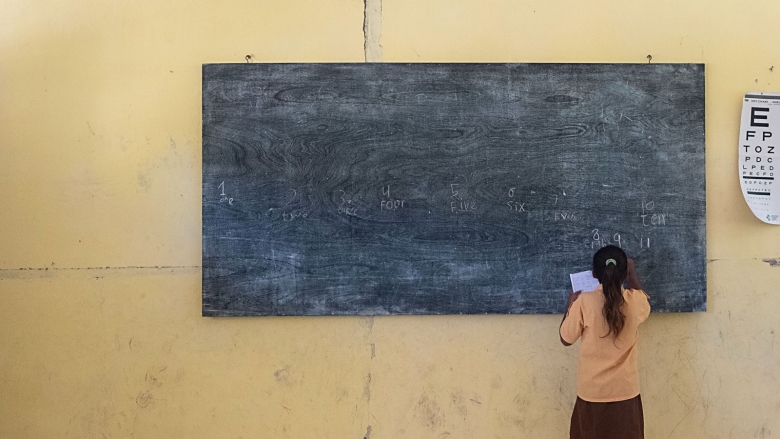 Teaching them early about nature: Usal (right) is committed to educating the children of Arborek Island. Learning activities carry on despite the lack of facilities. He is one of the teaching volunteers in Kitong Bisa. They teach life lessons (including conservation and tourism) in English every Saturday and Sunday. Photo credit: Donny Fernando/National Geographic Indonesia

Raja Ampat’s seascape and breathtaking underwater life means that tourism is a main contributor to the local economy. It also means that this area was hit particularly hard by the onset of the COVID-19 pandemic. This economic crisis has been especially difficult for owners of dive centers and small homestays. On the rare occasion when tourists did visit, they preferred staying at more luxurious resorts, away from the community and its struggling businesses. Throughout the pandemic, only 15 visitors have came to the Arborek Dive Shop, owned by Githa Anasthasia and Marsel Mambrasar.

“People would rather stay at a proper resort than with the local community, although that is not always the case,” Githa said.

While the pandemic caused a drastic drop in tourist visits, it also allowed Marsel and Githa to rethink what sustainable tourism truly means. They discovered other sources of income - such as gardening and curing fish.

“This is what we need to understand about sustainable tourism, even when there are no tourists,” Githa said.

Unfortunately, while the number of tourists visiting Raja Ampat dropped significantly, plastic waste pollution remained. According to Marsel, the majority of waste comes from Sorong, the largest city in West Papua, and Waisai, a town in the south of the island of Waigeo, situated in the Raja Ampat Islands.

Awaludin Noer Ahmad echoed this sentiment. “In Biak, a local ordinance was established to ban plastic bags, so everyone is back to using noken,” referring to the traditional woven bag made of wood fibre or leaves.

Reducing plastic waste requires a more complete approach. For instance, in addition to clean-ups in Raja Ampat, it will also require initiatives to tackle waste management issues in Sorong and invest in waste management facilities.

The World Bank is supporting the Indonesian government's efforts to implement a sustainable ocean economy. The so called ‘blue economy’ strategy focuses on investments that will improve coastal livelihoods and restore critical ecosystems; the Coral Reef Rehabilitation and Management Program, a 20-year investment in coral reef management and research capacity and; the Integrated Tourism Development Program, a platform for integrated and sustainable tourism planning and infrastructure.

The World Bank is also providing technical support through the Indonesia Sustainable Oceans Program, adding to the knowledge-base of the blue economy agenda and building capacity.

Through these, and many other related efforts aiming towards the same goals, Indonesia can secure a blue economy for both the present and for future generations. 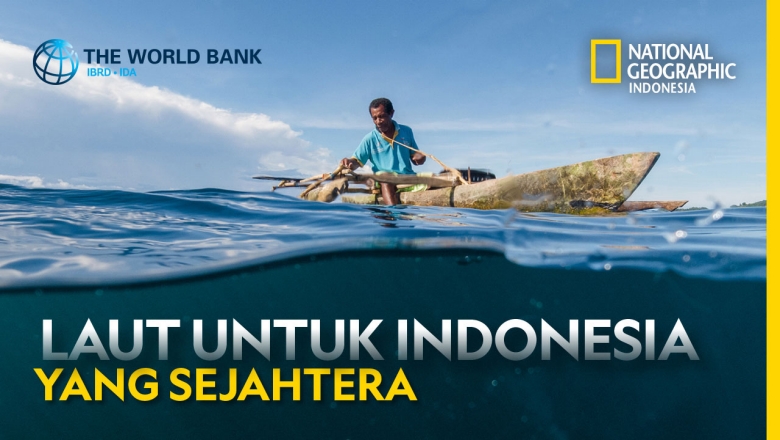