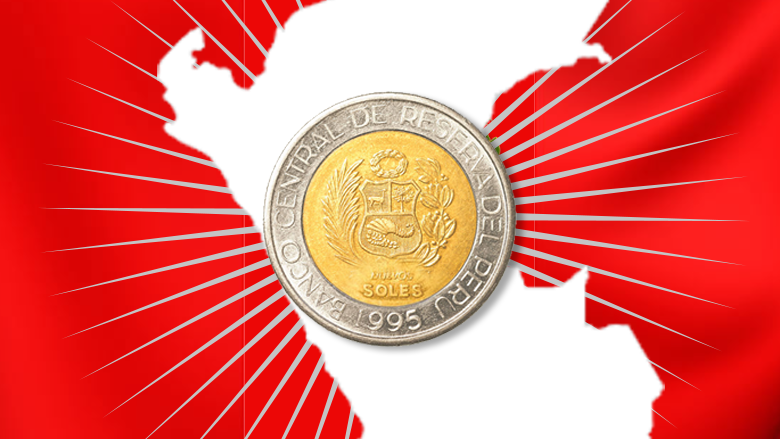 On October 16, 2020, Reuters News reported the downgrading of nearly 60 sovereigns by the Standard & Poor's (S&P) rating agency. By the end of 2020, Fitch Ratings had also downgraded several of Peru's regional neighbors. Yet, even the COVID-19 crisis did not impact Peru's credit-rating levels, which remained above investment grade (S&P BBB+, Moody's A3, Fitch BBB+).

One main driver of Peru's rating performance was efficient debt management. Even before the pandemic, Peru had built efficient debt-management frameworks to provide the necessary flexibility to absorb fiscal shocks.

The country had learned from an earlier economic shock—the 2008 global financial crisis, which prompted it to look for ways to reduce vulnerabilities and increase fiscal resilience. After the 2008 crisis, the government explored developing the domestic debt market. In 2009, only 30 percent of its debt was denominated in local currency, well below Colombia's 78 percent and Brazil's 89 percent. Peru’s dependency on foreign-currency (FX) financing constituted an Achille's heel. The Ministry of Finance needed to “solarize” its debt - reduce the country’s FX exposure and increase the liquidity of the existing soles-denominated government securities.

Implementing this strategy was crucial to deepen the domestic debt market. "," said Guadalupe Pizarro, Director General of Treasury and Public Debt in Peru. "This helps set the stage for a more robust demand and lower borrowing costs. A deeper domestic market provides an efficient alternative, even in moments of turbulence."

As a long-term partner, the World Bank had worked with Peru to implement several economic and social reforms. The partnership included public debt management technical advisory services under the Government Debt and Risk Management (GDRM) Program, a World Bank initiative, funded by the Swiss State Secretariat for Economic Affairs (SECO).

The analysis revealed several areas for improvement: (i) reduce the number of securities in the market and create higher-volume benchmark bonds to help develop a liquid and well-established yield curve; (ii) improve communication with market players through a better-quality debt management strategy and auction calendar; and (iii) establish access to international clearing and settlement houses to widen the investor base.

From 2015 through 2018, Peru implemented a series of debt-management reforms to develop the  domestic debt market

Debt Management Strategy Revamp: At the end of 2015, Peru began to publish clearer strategy documents, guiding domestic and foreign investors, by including targets for key risk-exposure indicators (such as the share of FX debt and the average time to maturity). A key part of the strategy was to gradually increase the share of securities denominated in soles.

Benchmark Bond Development: Simultaneously, Peru moved to an auction calendar with the maximum allocation amounts. The Ministry of Finance also implemented a new issuance strategy, creating higher-volume benchmark bonds while reducing the number of securities in the market.

Access to International Clearing and Settlement:  In 2017, Peru established a link with Euroclear to allow its domestic bonds to be cleared and settled internationally, thus diversifying the investor base. 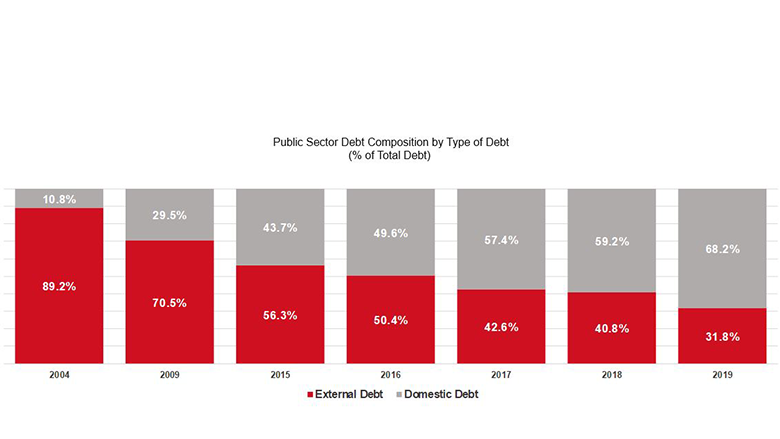 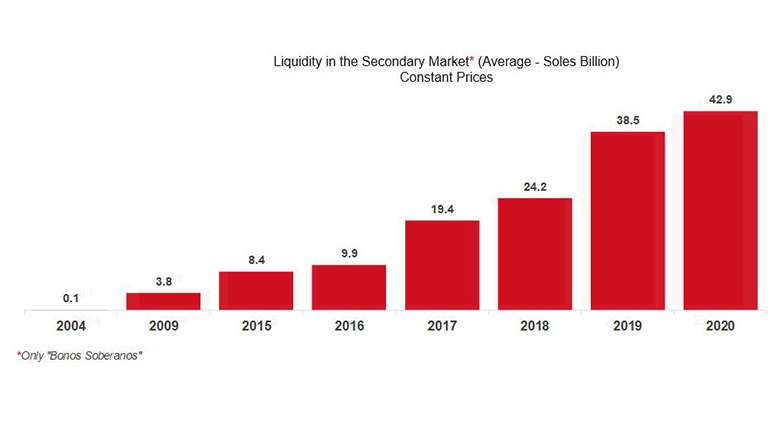