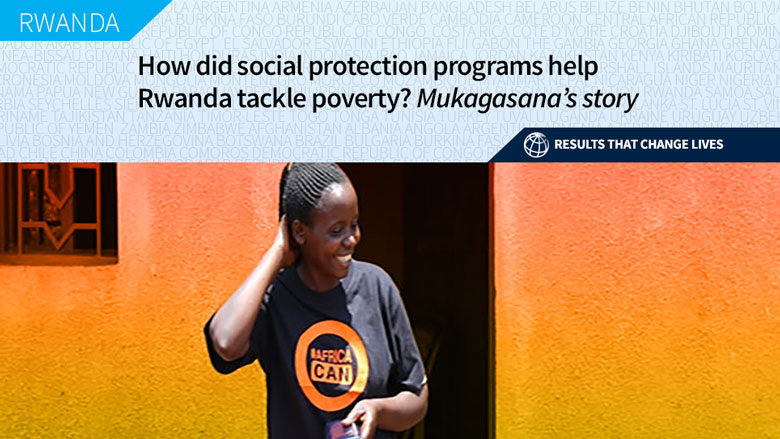 Two decades ago, in the wake of a devastating genocide, Rwanda was one of the poorest countries in Sub-Saharan Africa. Small and landlocked, the country is hilly and fertile, with a densely-packed population of roughly 12.5 million people.

Today, Rwanda has the second-highest growth rate on the continent, and its per-capita income (around $800 as of 2018) is higher than 20 countries in the region. The poverty rate has fallen from more than three quarters to around half of the population.

Yet the challenges of reducing extreme poverty and increasing shared prosperity are enormous. Poverty has been less responsive to growth than in other strong performers on the continent. Rwanda has made strides in human development, particularly in areas such as health and gender equality; however, its Human Capital Index of 0.37 is below other comparable income level countries, mainly due to a high level of under-five stunting rates (38%), a high dropout rate, and poor quality of learning.

To help drive pro-poor growth in Rwanda, the World Bank worked with partners such as the Government of Rwanda and the United Nations through the formally-established framework, Development Partners Coordination Group (DPCG), to help overhaul the country’s social protection efforts.

Since it was established in 2009, the Vision 2020 Umurenge Program (VUP) has expanded to reach over a million beneficiaries, more than half of whom are women and girls. More than 2,200 projects have been implemented under its public works component, which has employed more than 800,000 households, and generated more than 40 million paid working days.

Mukagasana Gaudance, 49, is one of the women who have benefitted from the program. In a district just outside of Kigali, she graduated from the VUP’s public works program, which includes paid employment to able-bodied adults from extremely poor households.

But for Mukagasana, the training she received was the most important asset of the program. “It instilled in me a sense of confidence, opened my eyes to the many available services and opportunities, and taught me how to use them to improve my life,” she said.

Two of Mukagasana’s children are now in college, and she sees a bright future. “I can confidently say I am now financially independent and feel secure,” she said. “I know I can take care of myself and my family.”