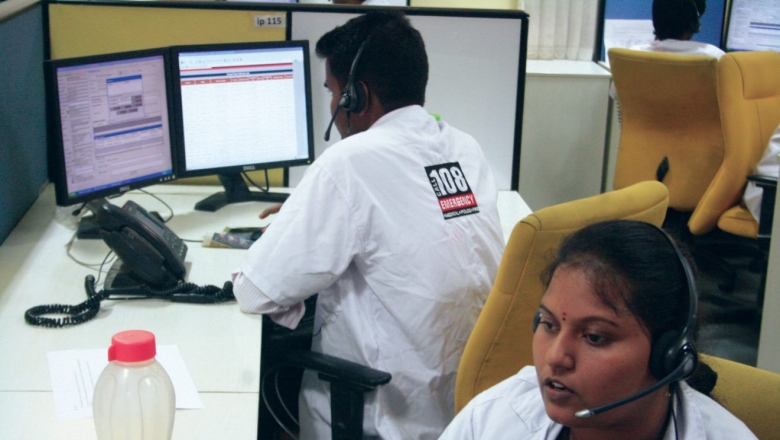 Tough decisions lie ahead for India’s social protection system. How can unorganized workers be empowered to access pensions or other income support programs? How do we make sure that benefits from the new PM-KSN are reaching the intended farmers? The ability of the state to process and consume information to answer such questions for program planning, monitoring and reform has always been critical and never more so than now. Program administrators need to be able to track program performance, learn quickly and incorporate lessons into new designs. In the past fifteen years, India has developed an enthusiasm to monitor schemes through hundreds of Management Information System (MIS) portals. In fact, in the past two years, the national Direct Benefit Transfer (DBT) Mission at the Cabinet Secretariat reports the development of 400 MISs for schemes to report payment progress on its national DBT portal. This is more than most middle-income-countries.

The vision is that these systems will enable citizens, government officials and politicians to gain access to all the information that they need to play their individual roles in a democratic society and enable the necessary exchange of knowledge for effective program implementation. Those managing food subsidies can monitor the movement of grains via geo-tagged trucks while the MGNREGS MIS informs administrators of payment delays and citizens use online grievance portals to register complaints.

Such information has the potential to be extremely valuable. One reason why these investments are happening now is that the cost of collecting and sharing information has gone down enormously over the last decades, thanks to the IT revolution. It is possible now for a mother at work to watch her toddler at play in a playschool by connecting her cell-phone wirelessly to a CCTV at the school through one of multiple available apps. And she might, for the first couple of days, but the novelty wears off fast. And then? The app will sit unused, unless there is a specific concern (say, the child is sick).

The problem is that information by itself is not insight; it has the potential for insight. Knowledge is not gathering mounds of information. It is processing that information and translating it into useable propositions—for example, “my child really looks tired, perhaps I should plan to leave early”—that makes people and organizations learners. The mother stops watching the CCTV feed because she needs to focus her mind on other tasks—she already has a tough time fending off the thousand other distractions that life throws at all of us. Processing the volume of information that a CCTV can generate every minute can clog the mind so fast that she needs to take defensive action.

Thus, so it is for organizations. , and the more information you generate the harder that necessarily becomes—the more to sort through and discard. And if you have no guidance on how to do that sorting, then more information may actually hurt. Consistent with this, process evaluations suggest that in the wake of the MIS expansion, the local bureaucracy at the district and state level is drowning in MIS data, with neither the capacity nor the inclination to process it.

. To build a genuine learning state -- a state where everyone, citizens, bureaucrats and politicians use the information they need to generate insight and hold each other accountable, we need three building blocks.

"With the growing complexity and sophistication of India’s social protection systems and schemes, building the capability of the local state to learn and reflect on information is critical. "

First, we need to curate the information that gets highlighted. That does not mean censorship—citizens should be able to access any information that they could reasonably need—but some filters have to go into choosing what to give prominence and why, based on a clear theory of how the information would be used, by whom and why that would matter enough to deserve the priority. This might seem obvious, but both of us have been witness to the many extremely far-fetched theories of change that get used to justify MIS interventions; in particular, the vision of a citizen who gets up in the morning and quickly files a MGNREGS problem report, then tweets about the policeman she observed taking a bribe on her way to work, spends her afternoon responding to a call from a government call-center about PDS delivery and grain quality, followed by an evening reviewing the accounts of the municipality before turning in (to dream of accountability we’re certain), is far-fetched. Even the most committed citizens have many other life problems to deal with, and activism is at best a part-time activity.

Second, we need to have clear designation of how the information will be used to provide incentives to actors within the system—if the news is bad, responsibility for it must be clear. The MLA report cards developed by Satark Nagarik Sangathan and published in various newspapers before state elections, are a good example of prioritization (a small set of numbers, prominently displayed) and clear designation—it says, more or less explicitly, “you are about to vote for your MLA, here is what he did.” Research shows that this intervention changes how the voters vote, rewarding the best performers according to the report card and hurting the worst. This example also makes clear that whenever we prioritize information there are hard choices to be made. The report cards, to be effective, left many things out and an MLA could potentially complain that this was unfair to her achievements. There is no perfect resolution here, but there is a clear trade-off between effectiveness and being comprehensive.

Third, it is important to test whether the information is doing its job, whether it is being used to provide the required intelligence and insight. Even if the information collected is salient, it may lead to no change in behavior or local action. For example, the government of Karnataka built an ambitious MIS to biometrically track real-time attendance of nurses at health centers. The pilot hoped to hold front line staff accountable by making their attendance transparent. However, the reform made limited long run impact as state officials, local level bureaucrats, and locally elected bodies were reluctant to use the better-quality attendance data for enforcement due to a fear of generating discord among the staff.

To summarize, learning is not a logistical task. We have all too many examples now showing us that an MIS is not magic. The mere existence of call-centers and information infrastructure does not mean much without effective use and design. , unless they have the people, time and training to do so. Without such resources in the design and use of MIS for social programs, information will become relentless noise, nuisance rather than an opportunity.

The article has been co-authored Abhijit Banerjee, Ford Foundation International Professor of Economics, Massachusetts Institute of Technology and Shrayana Bhattacharya, Senior Social Protection Economist, World Bank. An abridged version of this article was originally published in the Indian Express on March 18th, 2019.