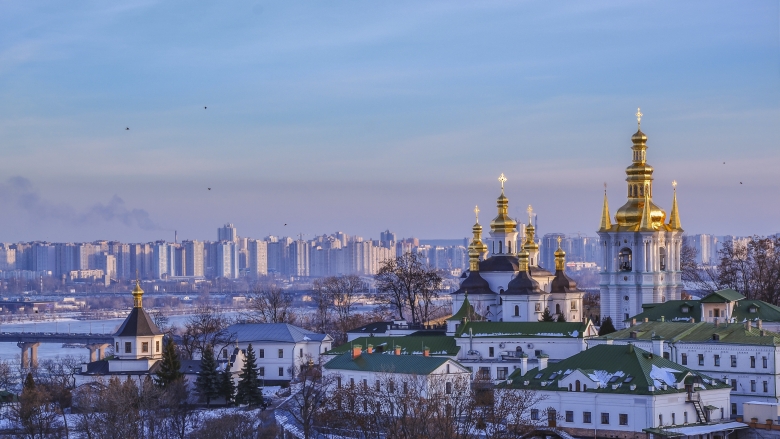 Through a partnership with Government Debt and Risk Management (GDRM) Program, Ukraine is moving in the right direction for developing the domestic debt market: Increased communication with the investors, the move towards benchmark securities and the expansion of UAH investor base to non-residents.

“When we started in 2014 and 2015, we had the perfect storm,” said Yuriy Butsa, Ukraine’s government commissioner for public debt management. The political volatility followed by massive shocks to the economy caused real GDP to contract by a cumulative 16 percent. Inflation rose to 43.3 percent from 0.5 percent from two years before and the local currency, hryvnia (UAH), depreciated by about 70 percent. 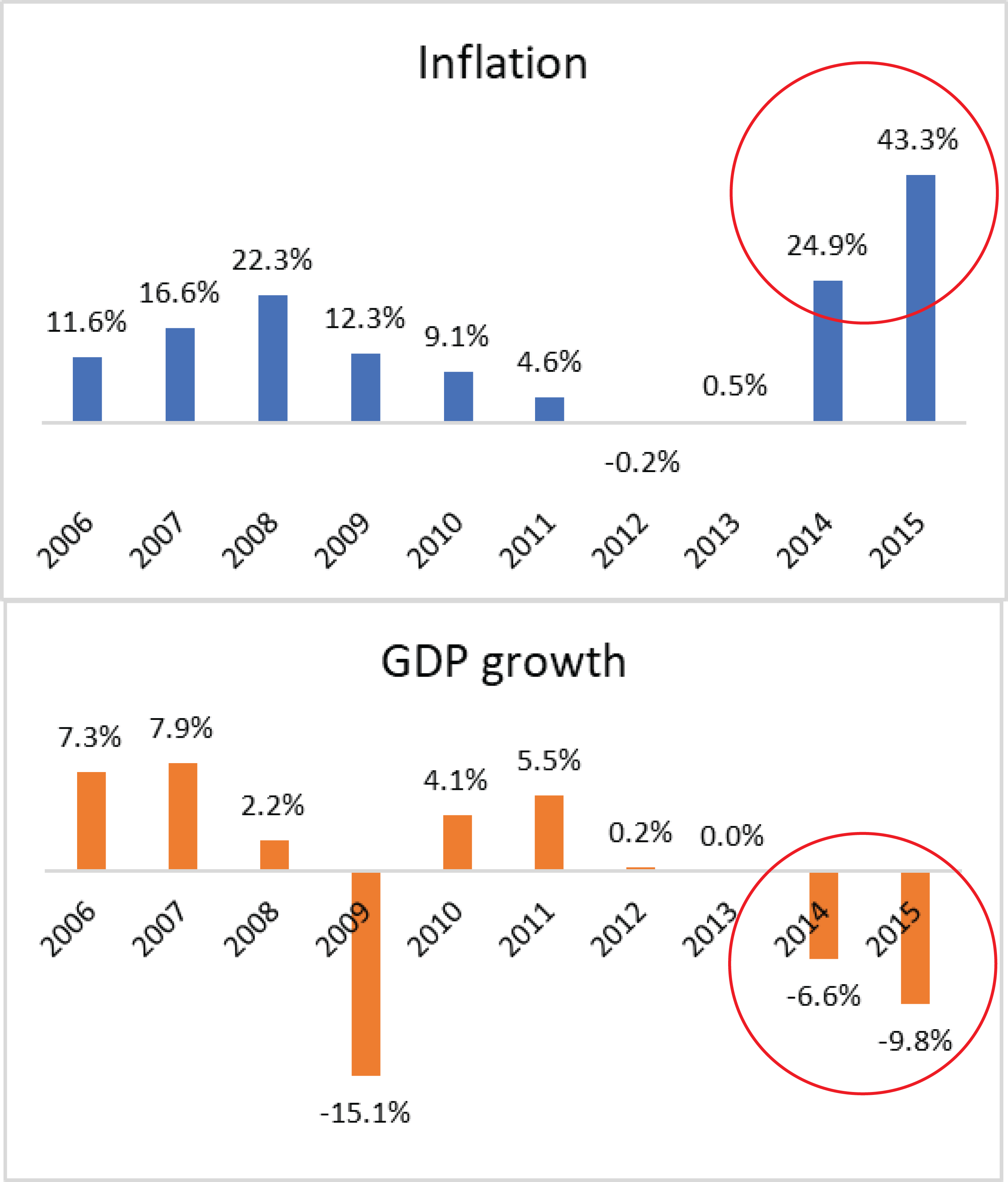 The devaluation of the Hryvnia resulted in lack of trust in the currency and sharply increased the dollarization of the economy. By end 2015, public and publicly guaranteed debt skyrocketed to 79 percent of GDP, from approximately 40 percent two years before, partially fueled by the need for funding the war but also by the nature of the existing debt stock, 70 percent of which was denominated in foreign currency.

To stabilize the economy, Ukraine had to restructure the external debt and request a US$17.5 bn standby programme with the IMF, followed by additional financial support from the WBG, the European Union, the US, and other partners. The disbursement of the financial packages was based on reform commitments, including the requirement to strengthen public finances to make debt more sustainable.

Complementary to the decisive reforms, the Ukrainian debt office worked relentlessly to fill the large financing gap created by the crisis. “We had this massive political and economic crisis, yet we still had to fulfill our borrowing requirements.” Mr. Butsa said. By end 2015, the debt office raised US$412 million, at weighted average interest rate of 17% in local currency.

After a break of nine months, the ministry of finance (MoF) resumed its UAH issuances in January 2016 and held 240 UAH auctions throughout the same year, but 60 percent of those auctions failed due to lack of bids or bids with low prices that were not accepted.

While addressing the lack of trust in the local currency was beyond the reach of Ukrainian debt office, it was still up to the joint Ukraine/World Bank team to find what was wrong with the auctions and find solutions to turn them around.

The investigation revealed four problem areas: auctions results based on fiscal deficit instead of market price, communication with the investors, fragmentation of debt instruments, and homogeneity of the investor base.

The Ukrainian debt office was defining the cut-off rate of the auctions based on the capacity of repayment, aiming to minimize the impact in the fiscal deficit. However, the cut-off rate was invariably below the market interest rate, which limited investors’ appetite.

“Communication with the investors was a major problem” said Antonio Velandia, the Lead Financial Officer of the World Bank Treasury, and the task leader for the Government Debt and Risk Management (GDRM) Program, a World Bank Treasury initiative sponsored by the Swiss State Secretariat for Economic Affairs (SECO). “The debt office was in the dark about what the UAH investors, mainly state and commercial banks, were willing to buy. The disparity between what was offered in the auctions and the investors’ demand was the root of the problem”. This disconnect made it impossible for the Ukraine debt office to provide investors with meaningful issuance calendars.

A related issue for Ukraine was the fragmentation of debt instruments. Thinking more about the cash inflows and outflows rather than building the foundations of a government bond market, the authorities opted for issuing small volumes of bonds with different maturity dates. In 2016, the market was so fragmented that 75 percent of all outstanding UAH bonds had less than 35 days between maturity dates, sometimes with volumes below UAH100mn (US$4 mn). This approach created a massive amount of securities with the potential of cannibalizing each other; hence making it impossible for market participants to trade these securities in the secondary market.

Finally, the investor base was small and homogeneous, comprised only state and commercial banks, whose assets were funded mainly by corporates and households’ short-term deposits. In the absence of pension funds and insurance companies, there was no natural demand for medium and long-term securities. The few banks that did buy medium-term bonds had to handle the interest rate risk created by the mismatch of short-term liabilities and medium-term assets and were required to put up capital to manage this risk. Non-resident investors who actively participated in the domestic debt market previously, had disappeared due to political and economic uncertainty and held below three percent in government securities in 2016.

In January 2017, the debt office started calling each and every one of the banks who had a potential interest to invest in the domestic UAH bonds; calls on Mondays were followed-up with auctions on Tuesdays. This was augmented with regular meetings with the primary dealers. The authorities would talk about the amount and the type of securities to be auctioned and receive feedback. The objective was to open a two-way communication channel about auction plans and gauge the demand.

Gradually the number of unsuccessful UAH auctions decreased, from 63 percent in the first half of 2016 to 19 percent by the end of 2017, as both actions took hold and the debt office, and the market players started converging. 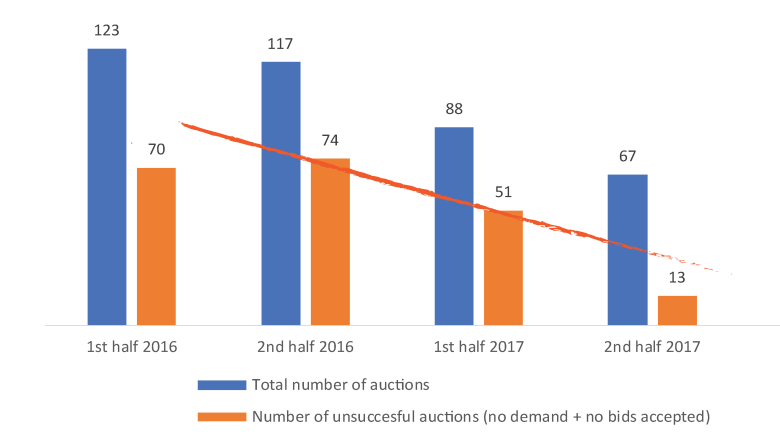 "And at the end of the day, we stopped having unsuccessful auctions."
Yuriy Butsa
Government Commissioner for Public Debt Management, Ukraine

Having more certainty on the results of the auctions allowed the authorities to better plan a quarterly issuance calendar. The ministry’s commitment to the planned calendar increased over time and gave them more credibility; which in turn encouraged the banks for more active participation in the primary market.

By being able to bring everybody on the same page, the debt office could stress the importance of developing benchmark bonds. The debt management office started re-opening particular bonds until they reached a critical mass, UAH3 billion, gradually pushing the market towards securities that would provide a reference for selected tenors which forms the basis of a yield curve. 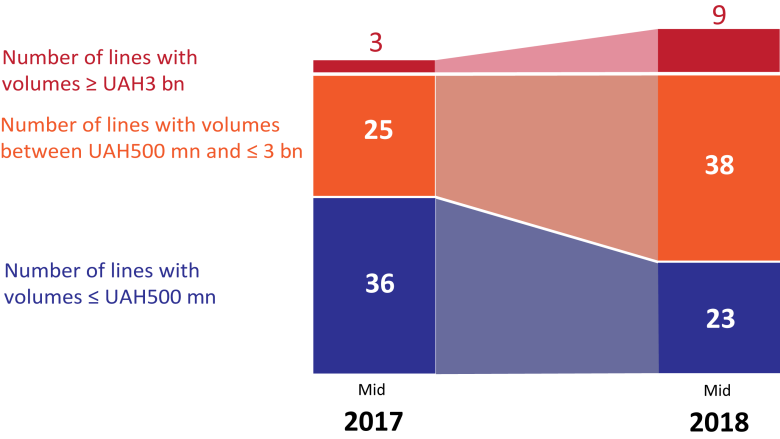 With a pension reform somewhere down the road and a limited life insurance industry, the debt management office and the World Bank team started also investigating expanding the investor base to non-residents.

“It turned out that the situation Ukraine faced a couple of years ago was very similar to that of Brazil 17 years ago: a shortage of demand and lack of liquidity of the debt instruments, it’s something not unique to Ukraine” said Mr. Butsa.

In 2018, the team started exploring an expansion of the foreign investor base by allowing foreign banks with a presence in the domestic market, to issue Credit Linked Notes (CLN) and Global Depository Notes (GDN). This allowed non-resident investors to acquire local currency securities without taking the convertibility risk and made offshore trading a possibility.

The authorities also started discussions with Clearstream, a post-trade services provider for securities, to make UAH government securities eligible. The team also investigated the possibility of issuing a local currency Global bond as an effective marketing tool to attract foreign investors. “Showcasing the local currency securities in the global markets helps attract the investor. Later, with the appropriate legal framework in place that allows mitigation of convertibility and repatriation risks, you can invite the foreign investor to allocate funds into the local currency government securities in the domestic market,” said Jose Antonio Gragnani, Senior Financial Sector Specialist of the World Bank Finance, Competitiveness & Innovation team.

Ukraine took multiple steps to provide the legal and operational framework for attracting international investors along the lines described above, such as currency liberalization (June 2018), adoption of the concept of the Nominee Holder (November 2018) and cooperation and linking with Clearstream (May 2019) eliminating the requirement for foreign institutions to use a local custodian.

As a result, Ukraine’s non-resident local currency denominated bond portfolio increased from almost zero in July 2017 to 12 percent as of July 2019. While a large portion of these capital inflows is invested in short-term securities in 2018 and in medium -term and long-term securities in 2019 (US$3.2 bn out of US$4.0bn), there is no question that the presence of nonresident investors has increased competition, strengthened the price discovery process and improved the functioning of the domestic debt market.  The authorities are conscious of the threat represented by the reversal of these capital inflows and are working on the next objective: extending the average life of the domestic debt portfolio.

As of 2019 Ukraine “stopped having unsuccessful government securities auctions” due to auctions at market interest rate and better communication with the domestic and foreign investors. The debt management office is on its way to consolidating the fragmentation in the securities market and has increased the non-resident investor base for domestic bonds.

Looking ahead, the joint teams, Ukrainian debt management office and World Bank, will focus on strengthening the institutional capacity of the debt office, especially in risk management and funding operations. The teams will work on reducing the foreign currency risk by increasing the share of local currency bonds; managing the refinancing risk by increasing the size and tenor of UAH benchmark bonds; and building capacity for international operations by supporting capital markets issuances and investor relations, among other projects.

The work ahead is substantial but not unsurmountable. “The objective is to promote sustained and inclusive economic recovery after nearly a decade of stagnation and two years of economic crisis,” said   Satu Kahkonen, World Bank Ukraine  country director. “We are going to continue on our path to advance reforms and provide support on multiple fronts to achieve sustainable recovery and shared prosperity for Ukraine”. 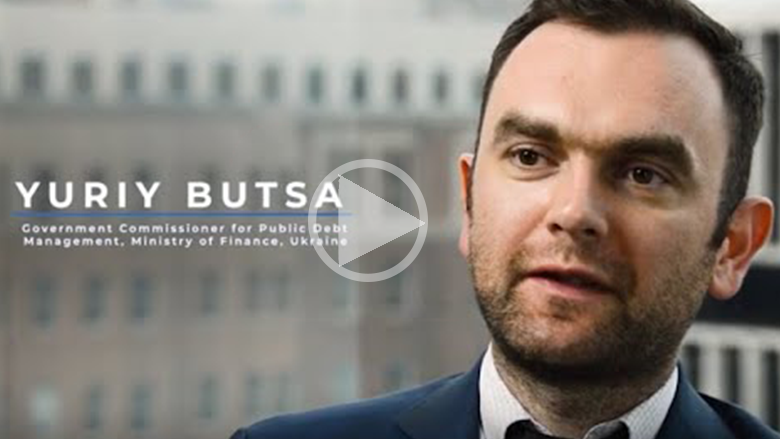