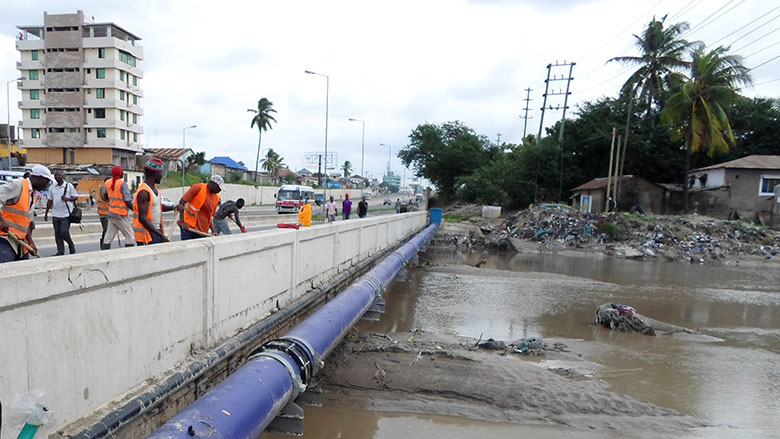 “We live in fear. April is the most dangerous month,” said [Marie], who lives in Ada Estate, a flood-prone neighborhood. Marie’s own home has flooded every rainy season for the past 20 years.

“It doesn’t matter how pretty your gate is, the water is still going to come”, said Fatuma from the Sabasaba neighborhood. But she also observed that, over time, more affluent households have relocated to safer areas where drainage systems are better able to cope with heavy rains.

And can we use this information to better inform preventive action as well as post-disaster support, targeting interventions toward vulnerable populations and ensuring that we support actions that can be most effective in helping people recover?

Our analysis looked at three elements in Dar es Salaam, namely exposure, vulnerability and socio-economic resilience. Or to put it another way: who is affected by floods; how much do they lose as a result of flooding; and how can they cope with and recover from repeated flooding?

The biggest concern of some of our respondents - Fatuma, Marie and their neighbors - was the impact on their health and that of their children. Having flood waters in homes increases the risk of cholera and skin infection.

“The worst is when the house floods during the night when I’m working and am not there to help my wife to secure the furniture and find a safe place for the kids to sleep. The kids cannot swim so it is dangerous for them,” says Patrick from Msisiri who works as a nighttime security guard. Patrick and his wife often put the beds on makeshift piles of bricks or have their children stay on the roof to keep them safe from the water. Flood exposure also comes with these kinds of additional stresses and discomforts which are not often captured by impact assessments of disasters.

Getting Ahead of Flood Risk

As part of the Tanzanian Urban Resilience Program, a consultative process with stakeholders helped develop a master plan  aimed at mitigating flood risk in some of the most flood-prone areas of the city. With a plan in place and with additional support from the City Resilience Program, the Government of Tanzania is now positioned to take needed action.

However, even massive investments cannot fully address flood risk. These investments therefore need to be coupled with investments in financial inclusion and social protection to boost the resilience of poorer households. Doing so can help families like those of Marie, Fatuma and Patrick overcome repeated shocks and lead safer and more prosperous lives.