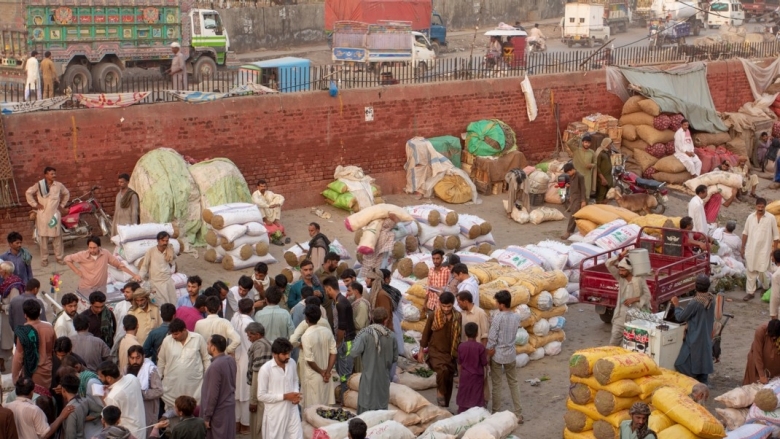 What if public expenditure and regulations could be designed to deliver more results-per-rupee in the agriculture and food sector of Punjab province in Pakistan? What if government spending resulted in more poverty reduction, higher resilience, more business opportunities, and better nutrition? What would a smarter food economy look like? Who would benefit and who would stand to lose?

A year and a half after the start of a five-year Punjab Agriculture and Rural Transformation Program, the answers to these questions are still being formulated, as reforms and modernization attempts are being made in the fields, market lanes and offices of Punjab, Pakistan’s largest province. But one thing is clear: there is appetite for change.

Although public support for agriculture totaled about US$ 1.3 billion in 2017, growth has been low and erratic in the last few years, holding back a sector that provides about 40 percent of employment and contributes more than 20 percent of provincial GDP. Nor is the sector providing adequate nutrition: a survey found 39.2 percent of children under 5 to be stunted in Punjab.

The program known by its acronym SMART, supported by a World Bank program-for-results loan, seeks to remove some of the obstacles to growth by introducing policy and regulatory changes, and technological innovations.

A visit to the province in July 2019 provided multiple snapshots of the opportunities and challenges involved in the transformation process.

What if agricultural insurance increased farmers’ resilience and food security? 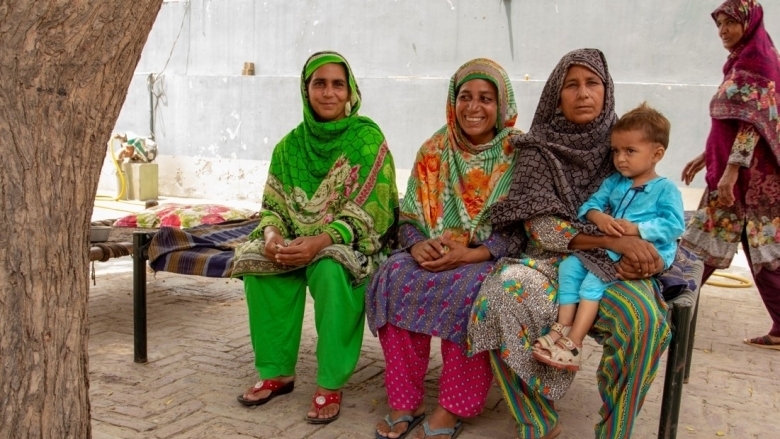 Meet Parveen Akhtar and her two sisters Muktaran Bibi and Gulzara Bibi. Together they cultivate wheat and cotton on a family plot that is just 1.75 acres in Chichawatni, a tehsil (sub-district) in Sahiwal district, about three hours south of Lahore, the capital of Punjab. When pests and droughts materialize, lowering their harvest, they are forced to sell their dairy cows and lose a precious source of nutrition for their children. “Nutrition comes from the soil, so when there isn’t a healthy crop, we eat less,” says Parveen. “We have no other income source besides farming. We usually eat roti (flatbread), vegetables and pulses. When there is no money left, we just eat roti dipped in spices.” Meat is a luxury, enjoyed on religious holidays known as Eid.

Last year, when pink bollworm attacked the cotton crop and rust affected wheat, the family suffered 80,000 Pakistani rupees in losses (about US$ 600 at the time). A new area-yield index-based crop insurance scheme, introduced in 2018 and now covering 300,000 farmers, provided the sisters with 20,000 rupees – less than the full amount of their loss, but enough to avoid selling all their animals.

“We wish the payout were more, but we’re thankful,” says Parveen. Aside from crop insurance, “it’s each family on its own,” she says. Visits from extension agents are few and far between – that’s why the yields are low, she says - and fertilizer is more and more expensive. Part of the sisters’ coping strategy is to grow their own wheat – the key ingredient in roti - to shield themselves from increases in the price of flour.

What if e-vouchers could promote a shift toward higher-value agriculture and reduce poverty?

A half-hour’s drive from Parveen’s village, farmers are being encouraged to try a crop that is more lucrative, more productive and requires less water than wheat: oilseed. Pakistan imports most of its cooking oil, though the conditions are good for producing it at home. 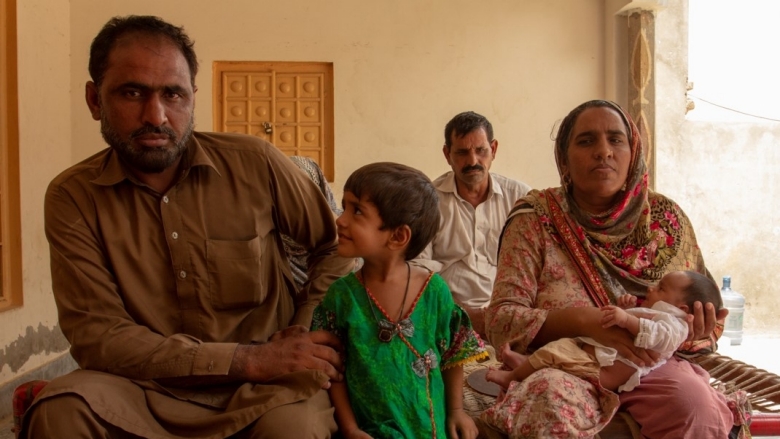 A new e-voucher-based input subsidy scheme, which includes barcodes on input bags and simple, cellphone-based transactions, aims to change the status quo by lowering the price of strategic inputs such as fertilizers and seeds. The idea is to nudge farmers into using the right fertilizer mix and to shift their cropping patterns toward higher-value, higher-yielding crops. Now in its second year, the e-voucher program has already increased the area of production dedicated to oilseed (rapeseed and sunflower) by 33 percent, from a low base of 350,000 acres

By relying on a digital database of landholders and tenants, the government of Punjab is now able to focus its efforts on the 91% of farmers who own less than 12.5 acres (or 5 hectares) of land, allowing for more efficient and more progressive use of government spending than in the past.

For example, by providing a discount on high-quality certified rapeseed, the e-voucher program helped Khalil Ahmad Sajid change his farming practices and increase his income by 70%. Khalil also reaps health benefits and savings from this new source of fat: “I’m able to make my own oil, thanks to training from extension workers. It’s very good quality oil and I no longer have to spend money on ghee.” Though oilseed is more lucrative, Khalil shifted only half of his 12.5-acre plot to oilseed in 2017, keeping the other half in wheat for home consumption and sale.

His neighbor Khalid Irfan embraced further change – planting 10 acres of sunflower. Because his wife has a stable income as a school teacher, he was more willing to take risks than other farmers, he says. But he too still keeps some land for wheat (2.5 acres). “It’s peace of mind,” he says. “It’s something you can always sell.”

What if the wheat sector could be modernized to better reward farmers and lower the financial burden on the province? 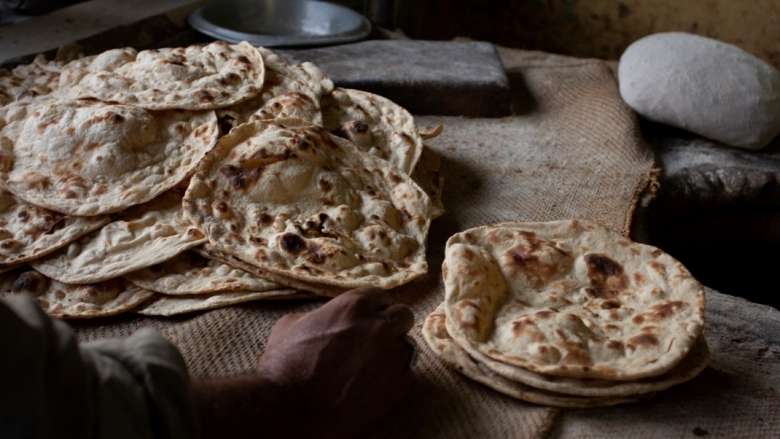 Wheat is, indeed, the lodestar of Punjab agriculture – and its Achilles heel. About 16 million acres are devoted to the crop, representing 52% of Punjab’s farmland. Bread is the staple food of Pakistani diets (more so than rice) and considered too politically sensitive to leave entirely to market forces.

As a result, the government procurement and marketing of wheat is mired in inefficiencies.

Of the roughly 20 million tons of wheat produced each year, half is kept by farmers for their own consumption and as animal feed. The government of Punjab currently purchases about 40 percent of the remaining wheat (about 4 million tons of wheat), at a fixed price (1,300 rupees for 40 kg of wheat), to constitute grain reserves and maintain the option of lowering wheat prices by releasing wheat on the market.

This system, which once assured food security, now comes at a high cost: it encourages overproduction of wheat at the expense of more lucrative, diverse and nutritious crops; wheat stocks, kept by the government in bags rather than in bulk in modern silos, often deteriorate; farmers are largely unable to sell wheat at higher prices or profit from export opportunities; and the government is forced to borrow large amounts of money each year to finance its wheat procurement drive, adding to Government of Punjab debt. At 35 billion rupees (about US$ 218 million) per year, the amount of wheat subsidies is more than three times all other public spending in agriculture, including research and development, and goes mainly towards paying interest rates on past debt that now stands at about 600 billion rupees (or US$ 4 billion).

Though they see a role for government regulation, many stakeholders see flaws in the current procurement model: “Government investments could be targeted in a more innovative manner,” says Arif Nadeem, head of the Pakistan Agricultural Coalition, a non-profit business incubator. “The government feels that if the price of wheat goes up, people might get upset with the government,” explains Almas Hyder, President of the Lahore Chamber of Commerce and Industry. “It’s true. But having said that, the market should be allowed to work. There could be direct wheat subsidies for poor consumers, using for example the Benazir Income Support Program which is already in place.” 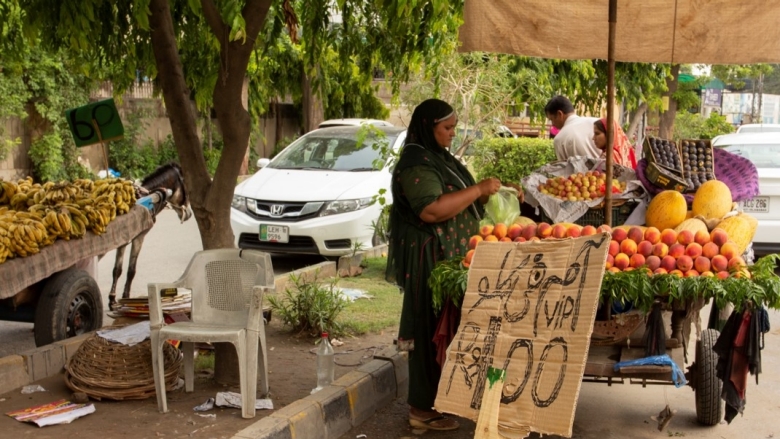 Among recommendations such as investing in sanitation, diversifying agriculture and fortifying flour, reforming wheat subsidies has long been highlighted as an action that could help improve nutrition in Punjab. “Provide targeted subsidies to poor and food insecure population instead of across the board subsidies on wheat,” reads a 2012 policy guidance note supported by the South Asia Food and Nutrition Security Initiative, a program that seeks to address chronic malnutrition in South Asia.

Through the SMART program, the World Bank is supporting the Government of Punjab to modernize wheat policies while keeping wheat within the buying power of poor consumers. “On the concept and benefits there is no disagreement,” says Zafar Nasrullah Khan, Secretary of Food for the Government of Punjab. “The only question is: how do we provide a sufficient guarantee that a fair price will be maintained?”

What if the marketing of food could unleash private business?

As elsewhere, the daily setting of prices is at the heart of the market system in evidence at the Badami Bagh fruit and vegetable market, Lahore’s oldest and largest wholesale market. Dense crowds of middlemen, auctioneers, shopkeepers and retailers congregate around open bags of produce to set a daily price that is then posted and publicized online. Porters shift produce from sellers to buyers and trucks onload their bags in the middle of muddy alleys and on neighboring roads. 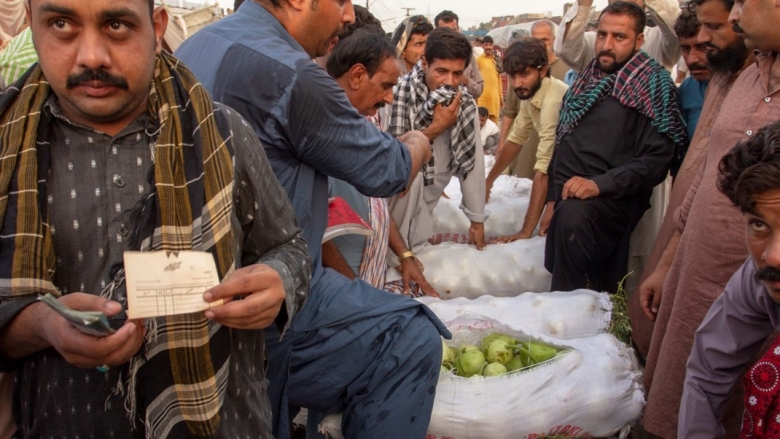 The Badami Bagh market is so congested that auctions are staggered from 5 am to midnight. Photo: Flore de Preneuf/ World Bank

Every day about 500 tons of food arrive in the confined alleys of the market on Ravi Link road. “The market was established in 1969 when the population of the city was smaller and daily arrivals much lower,” says Shehzad Cheema, Secretary of the Market Committee.  The market (known as a mandi) is now so congested that auctions of different fruit and vegetables are staggered from 5 am to midnight.

The scene is emblematic of congestion that affects marketing as a whole. Until May 2018, marketing was regulated by a law – the Punjab Agricultural Produce Markets Ordinance of 1978 -- that severely restricts the opening of alternative wholesale markets, prohibits farmer markets and electronic markets, and discourages competition at the expense of consumers.  Regulations also stymied the growth of supermarkets and food cooperatives that were unable to buy produce directly from farmers. When a new marketing law becomes fully operational, investing in upgrading, relocating or competing with markets such as the Badami Bagh mandi will become much more attractive to investors. Deregulation should also give rise to new types of food businesses. “This could be a quiet revolution for business operators,” says Azim Azfar, a consultant working on marketing reforms with the project team.

Other sectoral reforms envisaged by SMART touch on the marketing of milk and beef (to discourage malpractices with adverse public health effects and encourage investment in the sector), the payment of water fees (to encourage better management of a precious resource) and matching grants for agribusiness (to stimulate growth in the food economy). 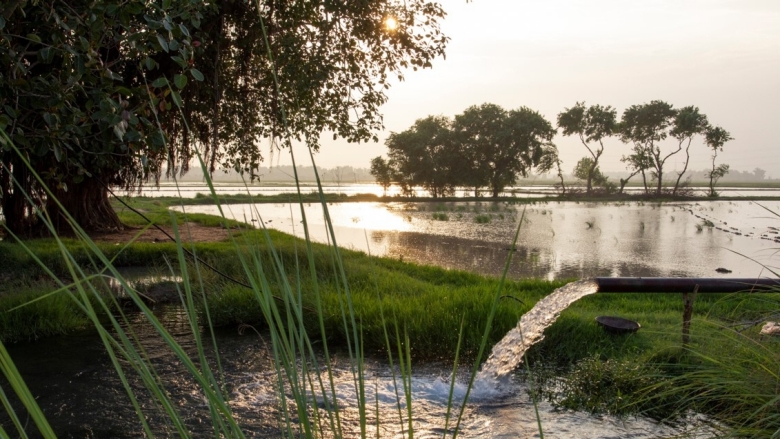 “Together, the changes represent a paradigm shift from conventional crops to higher-value agriculture, from government-led agriculture to more private-sector led growth, but also a more conscious allocation of resources to deliver public good outcomes,” says Johannes Jansen, Task Team Leader of the project at the World Bank. “It’s part of a bigger trend to reexamine public policies and spending to deliver on poverty reduction, sustainability and nutrition.”