70 Years in Thailand: From Traditional Development to Innovative Knowledge Partners 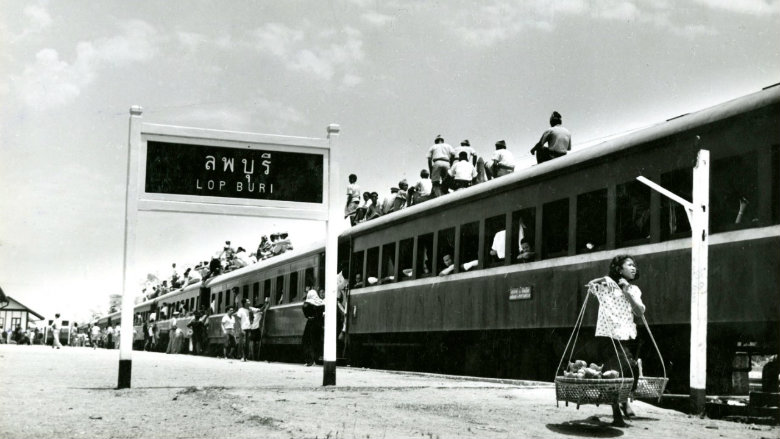 One of the first loans to Thailand was for the rehabilitation of the Royal State Railways in October 1950. Improving the railway system helped connect all regions within Thailand and played a vital role in providing inland transportation and facilitating foreign trade.

Back in 1952, third President of the World Bank, Eugene Black, visited Thailand for the first time and surveyed the Chaophraya River where a water control system was being built to irrigate farmlands in the Central Plain areas. Since becoming a member of the World Bank in 1949, Thailand’s first World Bank engagements were made in the form of loans in 1950. In fact, these were also the World Bank’s first loans in Southeast Asia. It was a time when the international institution’s direct financial assistance to Thai development concentrated on the building of basic infrastructure – roads, dams, irrigation works, electricity, rail transport and port facilities – all of which helped enable the upsurge in production and commercial activity in the country. Today, seventy years later, Thailand has grown into a dynamic middle-income country, changing its relationship with the Bank from traditional lending and analytical services into an innovative knowledge-based partnership.

We checked in with Birgit Hansl, the new Country Manager for Thailand, on her plans for this time of transition and how other countries can learn from Thailand’s growth story. Birgit’s interview also comes as two significant events take place this month for the second largest economy in Southeast Asia – the crowning of a new King, an event that has not taken place since 1950, and the announcement of official election results.

As a trained economist with experience around the world, what about Thailand do you find the most intriguing, interesting or different?

Today, Eugene Black would have a hard time to recognize the Bangkok skyline, and I am sure he would be in awe of the development that happened along the Chaophraya River since his visit in 1952. Thailand is a development success story, with sustained strong growth and impressive poverty reduction. Now, Thailand’s GNI per capita is around US$5,690, and extreme poverty is negligible. What is most fascinating to me is that Thailand’s government and people are not content with these achievements, but they are focused on how to overcome key challenges for the country’s next transition to a high-income country, and most of all, they are focused on how to ensure that all of society will be part of this transition. While in the past the government of Thailand and the World Bank Group’s (WBG) had a traditional lending partnership with heavy focus on infrastructure investments, today, Thailand looks for our advice and expertise in a knowledge-based program. This provides us with a unique partnership with an ambitious upper middle-income country.

What part of the seven-decade history of the World Bank in Thailand do you think people should know about?

When we hear about development success stories like Thailand we often assume all went well all the time. But that is of course not true and there are many lessons to learn from how difficult times were overcome. What I would like other countries and colleagues to know is that the development path of Thailand was never unidimensional, and neither was our partnership. The WBG always remained engaged and a steadfast partner for Thailand even through difficult times, such as the period of economic turbulence following the first oil crisis in 1972-74, or the global financial crisis and the following recent period of political instability between 2008 and 2014. Together, we learned and adapted our partnership.

"Thailand is at the cusp of a new demographic transition as its population is rapidly aging. With the abundance of labor disappearing, productivity improvements by fostering an innovation-friendly competitive economy and equipping the young with the right skills will be of vital importance to sustain growth. "
Birgit Hansl
Country Manager for Thailand 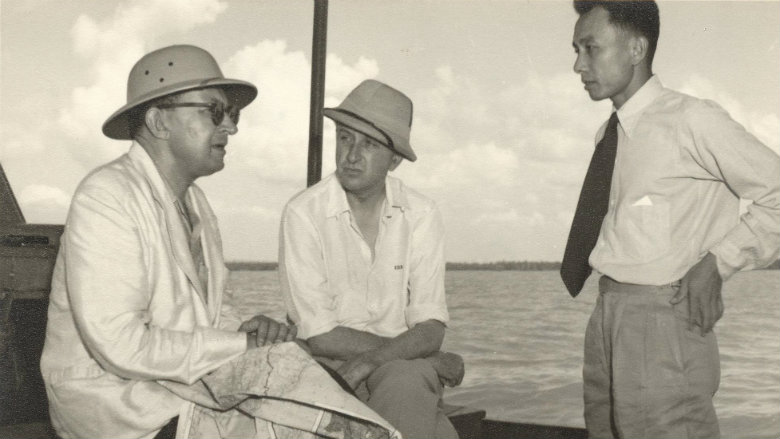 Back in 1952, third President of the World Bank, Eugene Black, visited Thailand for the first time and surveyed the Chaophraya River where a water control system was being built to irrigate farmlands in the Central Plain area.

Tell us about the plans for the Thailand office over the next 3 years, what are the opportunities for the most impactful World Bank engagement?

Our current knowledge-based partnership with Thailand consists of reimbursable and trust-funded advisory services. Thailand signed its first-ever Reimbursable Advisory Services (RAS) agreement with the World Bank in late 2016, and the RAS program has been growing rapidly since then. Over the next 3 years, I would like the WBG to become a more strategic knowledge partner of the Thai government, especially for the future’s most complex development challenges the country will face. Thailand is at the cusp of a new demographic transition as its population is rapidly aging. With the abundance of labor disappearing, productivity improvements by fostering an innovation-friendly competitive economy and equipping the young with the right skills will be of vital importance to sustain growth. At the same time the need to finance pension systems and health services will rise fast. Our unique global knowledge and experience makes us the natural partner to lead the dialogue on such multifaceted development challenges of our middle-income clients.

In addition, our Bangkok office already plays an important role in supporting the WBG’s operations in the region. Most of our staff based here is working on several countries in East Asia and the Pacific and South Asia. Our Bangkok office will need to evolve further to provide opportunities for more knowledge exchange among staff based here and for further strengthening the program support to neighboring countries.

What could the political transition and royal coronation mean for Thailand?

The upcoming royal coronation on May 4-6 is a rare event and provides the country with a new beginning to consider its future aspirations under Thailand’s new King Maha Vajiralongkorn, Rama X. It follows another major milestone, the first elections since 2014, which took place peacefully on March 24, 2019. In my view, these are hopeful signs of a period of sustained stability for Thailand and the entire region. Thailand is this year the ASEAN Chairman, promoting an agenda of sustainable development, with focus on human capital development, better connectivity and less pollution. Other countries acknowledge the development success of Thailand and look increasingly to Thailand for leadership in regional integration. These important events can be catalysts for Thailand’s success in defining its new role and aspiration of sharing its development experience and promoting regional cooperation.