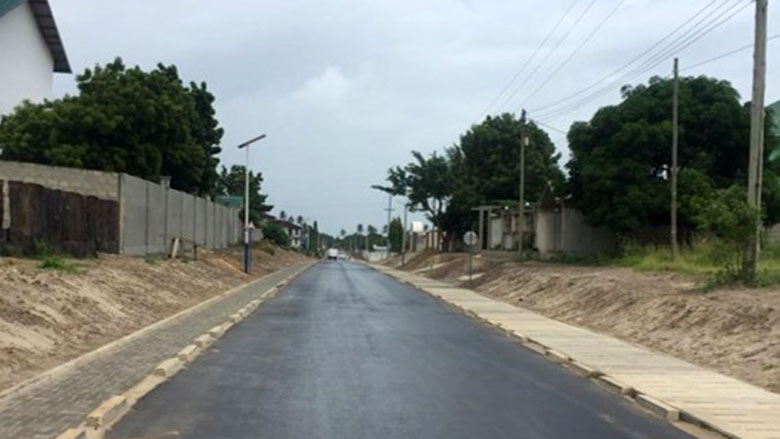 DAR ES SALAAM, April 1, 2019 – Samuel John, a resident of Kigamboni district in Dar es Salaam, used to spend two hours driving along Kongowe road to get to his office in Ubungo each day. Taxi driver Apolinary Kitea would be stuck in traffic for up to 40 minutes along Shekilango Road, even in good weather.

But with the progress made under the $300 million Dar es Salaam Metropolitan Development Project (DMDP), newly-paved roads have erased traffic and time from their journeys. Through collaboration with local councils, the project has made improvements to local and feeder road network throughout the city, helping to alleviate congestion hotspots, while also supporting public transit, mobility and connectivity to low income communities. A new, modern, 16.5-meter bridge has replaced the old makeshift wooden bridge making it safer and creating more, safer routes for motorists.

“It’s hard to believe it takes me under 50 minutes a day to reach my office,” John said.

Now in its third year of implementation, the road construction is being implemented by the President’s Office for Regional Administration and Local Government (PO-RALG). The project is funded by the International Development Association, the World Bank Group’s fund for the world’s poorest countries, and the Nordic Development Fund.

Approximately six million people currently call Dar es Salaam home, making it one of fastest growing cities in Africa. Its growth rate of 6.5% will see the number of residents rise to over 10 million by 2030. Due to this rapid growth, along with an underdeveloped road network, an increase in motorization, and an historic lack of efficient public transport systems, city residents must contend with serious congestion and mobility challenges. Ndyamukama estimates that together, these challenges are potentially exacting a toll of Sh4bn—about $1.8 million—on the city each day in lost productivity.

“With the interventions from DMDP, we expect the congestion will be greatly reduced and this will provide a major boost all around,” he said.

Interventions also include feeder-road construction, which has reduced traffic congestion in areas which used to be manned by traffic police during peak traffic hours.

“The driving principle in the road network improvement was to facilitate direct connection to all six corridors of the bus rapid transit when they are completed,” said Eric Dickson, World Bank Senior Urban Specialist and DMDP Task Team Leader. “To enhance this connectivity, 211 kilometers of roads were identified for upgrading, 65.4 kilometers of which are in neighborhoods directly connecting to the Bus Rapid Transit and 145.6 kilometers in unplanned areas across 14 wards.”

“Over 70% of Dar es Salaam is not planned, which has been hindering government’s efforts to provide essential services like water, electricity and roads, and the city’s capacity to deal with fire outbreaks and floods,” said Ndyamukama.

Through DMDP, the new roads have also been equipped with high quality drainage systems, sidewalks and street lighting which has improved safety and quality of life in the neighborhoods.

What was once a dusty or flooded, bumpy ride down the main street of Kijichi Ward, is now a picturesque street that snakes through the hilly locality, lined with neat, newly constructed shops on either side. Ayubu Musa Mketo, the ward chairman, is full of pride as he shows off these developments.

“Businesses have increased as you can see; people are building better shops along the road,” he said. “Because of the street lights, shops and other businesses are closing much later in the night, as it is safer now. In the past, people would close shops at dusk.”

In Mikocheni, one of the city’s key industrial areas, road improvements have led to gains for small business owners, such as beauty salons who are gaining more customers. Temeke Municipal Council Coordinator, Edward Haule, expects DMDP to have a significant impact on the local economy in Temeke, the district with the lowest level of investment in the city due to its poor road infrastructure. Important companies have already shown interest in investing in the district and this is a good sign, he said.

“Making these strategic investments allows people, vehicles and goods to move through the city more efficiently and comfortably, and these improvements have a real impact on the day to day lives of residents and businesses,” Dickson said. “This is key given that much of the country’s GDP is dependent on what happens here in Dar es Salaam.”