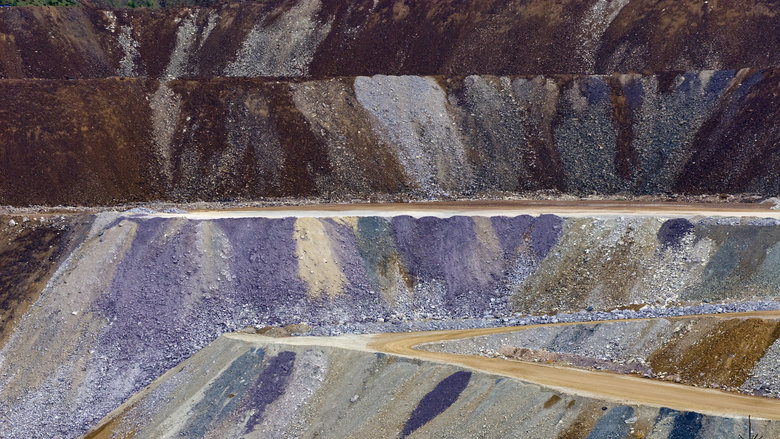 Natural resources play a strong role driving economic growth in many countries, mobilizing revenues for public services and lifting people out of poverty. However, in some developing countries the clear legislative and regulatory frameworks required for using natural resources to drive economic growth is lacking or deficient. A clear set of rules and laws is essential to attract investors and a prerequisite for a socially and environmentally sustainable sector.

EGPS has played an important role helping countries develop and implement clear legislative and regulatory frameworks for the oil, gas, and mining sectors to grow, in line with the very highest standards recognized globally.

Iraq’s economy is improving, with projected GDP growth of 6% in 2019, fueled by higher oil production. While non-oil growth is likely to remain positive, recovery and reconstruction remains an enormous challenge for the country. Iraq is endowed with large quantities of natural gas, but many of its citizens still lack basic access to energy. At the same time, through gas flaring, Iraq is throwing away a valuable resource that could be either conserved or put to productive use. Because the country lacks the adequate infrastructure to capture, process and transport associated natural gas from the field to the end user, 1.7 billion cubic feet of gas is wastefully flared each day. That represents about 60% of Iraq’s overall gas production and about the same as the entire amount of liquid natural gas (LNG) the United States exported in 2017. In addition to wasting vast amounts of a natural resource, gas flaring damages the environment (by emitting CO2, black carbon and other harmful pollutants) and the economy, representing an annual $2.5 billion economic loss.

There’s hope the routine gas flaring will soon be coming to an end. In 2016 and 2017, EGPS, through the World Bank’s Iraq Reimbursable Advisory Service (RAS) on the Natural Gas Value Chain project, undertook a thorough assessment of the natural gas sector that led to a set of recommended reforms in line with best international practice. The findings and recommendations of the RAS resulted in a new contractual and regulatory framework to address natural gas flaring: The Natural Gas Market Framework (NGMF).

In early 2018 Iraq’s Council of Ministers formally adopted the NGMF. The NGMF marks the first phase of an internationally benchmarked and transparent framework to allow private sector investors to capture, process, transport and commercialize natural gas. This constitutes a notable shift away from Iraq’s traditional state-led, regulation-by-contract approach, where terms and conditions were drawn up on a case-by-case basis, subject to behind-closed-doors, drawn-out negotiations.

Now, with the expected implementation of the NGMF in 2019, Iraq’s government intends to create an enabling environment for private sector investment. It is expected that implementation of the Framework in 2019 will launch an international competitive tender for the award of new natural gas processing contracts. Investors and companies will be able to participate in transparent competitive tenders for the capture, processing, transport and commercialization of natural gas, based on pre-approved templates and published regulations. The reforms have the potential to bring $21 billion of private sector investment into Iraq through gas gathering, processing and transport. Now, domestic natural gas resources will help provide power to Iraqis who lack basic access to energy, displacing expensive imports of diesel, heavy fuel oil and natural gas.

Ongoing EGPS support to Iraq’s Ministry of Oil for the development of the NGMF has been an important component of the World Bank’s $2.6 billion support to Iraq’s ongoing reforms, through its Development Policy Financing operations of 2017 and 2018. Following the NGMF’s formal approval, the European Union (EU) joined USAID and the World Bank in committing financing to support Iraq’s gas sector reform. The EU has pledged $9.5 million for the government to implement a series of incremental gas sector reforms, including a new contractual and regulatory framework for private sector development.

With support from the World Bank, EGPS, USAID, and the European Union, Iraq has taken the first steps in building a modern and transparent contractual and regulatory framework for private investment in the gas sector value chain.

"“I am convinced that the AMLA platform and structure was instrumental in the law we have today.”"

Honorable Francis Gatare
CEO of the Rwanda Mining, Petroleum and Gas Board

Rwanda: setting rules for the mining sector to flourish

In fast-growing Rwanda, an amended mining law of June 2018 set a clear framework for expanding the country’s mining sector. Growth in mining helps diversify Rwanda’s economy away from agriculture and protects against vulnerability to weather conditions, such as droughts and floods.

The African Mining Legislation Atlas (AMLA) Guiding Template, offering a menu of options to assist African countries prepare or revise their mining laws, was a key resource for the Rwandan government. The Honorable Francis Gatare, CEO of the Rwanda Mining Petroleum and Gas Board, spoke about the amended mining law and the significance of the AMLA Guiding Template in its development. Gatare observed that the mining sector was largely neglected from 2013 to 2017 due to depressed commodity markets and a negative narrative around mining. However, the commodity market began to rebound from 2017. It was then that Rwanda, having proven minerals, saw an opportunity to increase the relevance and importance of the mining sector in the Rwandan economy.

The Government of Rwanda looked at best practices from around the world, the environmental concerns of communities, and how mineral resources could benefit current and future generations. When it came to the nuts and bolts of the new mining law, Gatare wanted to emulate best practices evidenced across Africa.

“I am convinced that the AMLA platform and structure was instrumental in the law we have today. The AMLA Guiding Template is very inspiring on many accounts: it focuses on Africa. It provides a tool for peer learning from each other, integrates technology, compares instruments in different countries…it shows that whatever challenges we face, we are not alone. We can learn from each other,” Gatare said.

Gatare also highlighted the importance of the AMLA Guiding Template in providing a robust regime around the quarrying of minerals, which drives local, national and cross-border growth. “Quarries are such an integral part of the development process that they cannot be ignored. Clay, dimension stones, and ceramics have direct relevance to the lives of the citizens of the country. Rwanda’s mining law recognizes that industrial minerals need to be guided, sufficiently regulated and incentivized so they constitute an engine for the development process,” he added.

The AMLA Platform and the Guiding Template continue to evolve as live resources for countries across the continent. AMLA is now managed by the African Legal Support Facility (ALSF), with overall steering, guidance and support by the ALSF, the African Union Commission (AUC) and the World Bank Group.

The long road of reform

Both Iraq and Rwanda have taken the crucial first steps in reforming their extractive industries sectors, developing and implementing clear legal and regulatory frameworks. Investors and private companies, whether in natural gas or mining, will have no doubt of the government’s intentions. Both countries have taken steps towards high standards of transparency, governance and accountability. However, the creation of a strong framework is just the first step in the long road of reform.

EGPS is committed to continuing to work with developing countries to ensure extractive industries benefit the poorest and most vulnerable across the world, while respecting communities’ needs and the environment.