Working for Women in India

India has one of the lowest female labor force participation rates in the world: Less than a third of women – 15 years or older – are working or actively looking for a job. Here’s how the World Bank promotes gender equality across the country, encourages more girls and women to join the workforce, and gives them the education and skills they need to compete in the marketplace.

Women make up 48 percent of the Indian population but have not benefitted equally from India's rapid economic growth. Female child mortality is still a grave concern, with over 239,000 girls under the age of 5 dying each year. Sixty-five percent of women are literate as compared to 80 percent of men. India has amongst the lowest female labor force participation rates in the world. Less than a third of women – 15 years or older – are working or actively looking for a job. This International Women's Day, we highlight a few World Bank-supported projects—big and small—that showcase the Bank’s commitment towards the same.

The National Rural Livelihood Mission, which the World Bank has supported with a credit of $1 billion, is one of the world’s most innovative projects aimed at reducing poverty and creating sustainable livelihoods for the rural poor. . These groups have leveraged nearly $30 billion from commercial banks.

Other such programs are the National Rural Economic Transformation Project and the Bihar Rural Livelihoods Project, locally known as JEEViKA. The latter has mobilized more than 7 million rural women into self-help groups, which has then enabled them access to finance and markets.

After the devastating floods and landslides of 2013 in Uttarakhand, the World Bank, through the Uttarakhand Disaster Recovery Project, has helped restore housing, rural connectivity and building resilience state. . Of the 2,500 beneficiaries to this project, 10 percent are widows and 10 percent women-headed households.

"These days rather than giving daughters away in marriage, one should give them an education instead."
Hira Devi
Popavas Village in Jodhpur, Rajasthan. 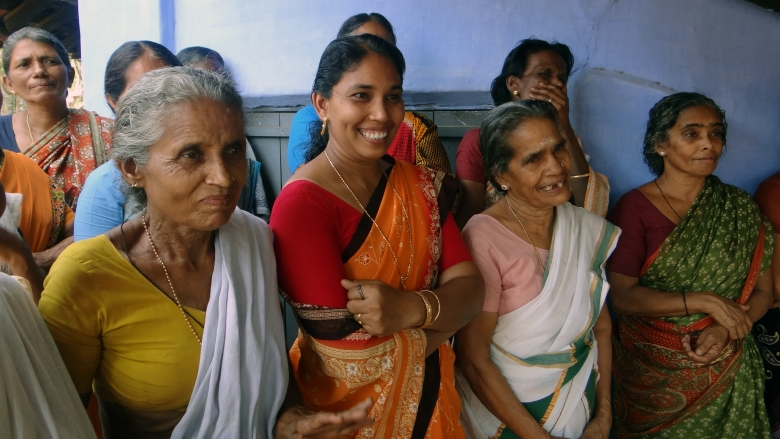 Gender equality is central to the World Bank’s twin goals of ending poverty and boosting shared prosperity. The World Bank, in its India Country Partnership Framework for 2018-2022, has recommitted itself to addressing gender gaps and the Bank's India portfolio has to a large extent integrated gender in operations.

Another effort to make women self-reliant especially in the face of natural disasters is the Coastal Disaster Risk Reduction Project where local women, mostly widows and single women who form the Seaweed Squads along the coast of Tamil Nadu, are being trained in modern seaweed cultivation. Uma, a beneficiary of the project based in Rameswaram, Tamil Nadu, says, "."

"My daughter was born in this hospital; they're doing a better job now than before... We're not going anywhere else because they're taking care of us very well," says Manoharmani, speaking of the Tamil Nadu Health System Project. . By the time the project closed, more women were delivering babies in these centers and fewer were dying from childbirth.

Through the Swachh Bharat Mission-Gramin project, . There have been several success stories like those of Lunga Devi, who built a group of women volunteers to promote toilet use in her village.

Since 2000, the World Bank has committed over $2 billion to education in India and has been working with Central and State governments to support the Sarva Shiksha Abhiyan program. . “These days rather than giving daughters away in marriage, one should give them an education instead,” says Hira Devi of Popavas Village in Jodhpur, Rajasthan.