How World Bank Group Collaboration Is Bringing Power to Cameroon 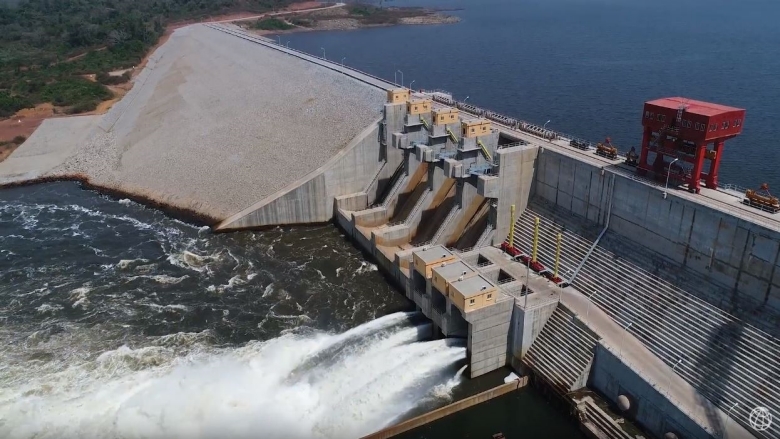 World Bank guarantees, MIGA guarantees, IFC support, and a strengthened institutional framework have all played an instrumental role for the Nachtigal Hydropower Plant to reach financial close. By combining these tools and areas of expertise, Nachtigal is getting off the ground with private sector support.

Cameroon is awash in natural resources: oil, gas, quality agricultural land, abundant forest resources, and water. Yet the country has a national income per capita of about $1,300—with well over a third of the population living in poverty. In particular, the need for power is a significant developmental challenge facing the country. Only about half of the population has access to power, and—despite government subsidies as well as gas and water resources—the cost to consumers is high for the region.

The government of Cameroon has a vision to increase access to power to 88 percent in electrified areas by 2022 and to increase generation and transmission capacity to meet a surge in demand, which is expected to quadruple by 2035. A cornerstone of achieving this goal is the construction of a privately owned and operated 420-megawatt hydropower plant on the Sanaga River, the Nachtigal Hydropower Plant. The project will increase Cameroon’s power generation capacity by 30 percent and boost hydropower’s share of the country’s power generation to about 75 percent by 2023.

As it doubles down on finding ways to maximize finance for development, the World Bank Group looked to support a suitable regulatory environment, provide sustainable financing, and mobilize long-term private capital to ensure the project’s success. Combining several of the Bank Group’s tools and areas of expertise, this project is getting off the ground with private sector support—in addition to the strong commitment of several development and international financial actors working in tandem with the government of Cameroon.

This is how the Bank Group used its tools for a comprehensive solution:

Guarantees from the World Bank include a loan guarantee of €171 million to mobilize local commercial banks’ long-term financing. The guarantees allowed a significant portion of local currency financing with an unprecedented long tenor. This is key to lowering loan costs and balancing the mismatch between the project’s long economic life and its financing maturities—a feature that is clearly replicable to finance other infrastructure initiatives in the future.

The World Bank also provided a €86 million payment guarantee to backstop the government’s obligations under project-related agreements and provide comfort to lenders. Specifically, the payment guarantee supports the security package for payments from Cameroon’s energy distribution company under the power purchase agreement.

The World Bank’s risk mitigation package is anchored in the long history of sector engagement and reform support as a trusted development partner to the government. In particular, the Lom Pangar upstream dam financed by the World Bank allowed for further development of downstream large-scale hydropower plants including Nachtigal by ensuring all-season water flows and increasing firm energy production.  In addition, a World Bank Development Policy Operation has helped to significantly reduce sector arrears and strengthened the institutional framework, playing an instrumental role for Nachtigal to reach the financial close.

Other Bank Group support includes IFC’s equity of €60 million and debt financing of €130 million for the project. IFC also helped put together a loan package from development finance institutions and commercial banks. This is in addition to the involvement of InfraVentures, an upstream unit of IFC developing bankable projects, which helped develop and structure the project in its early stages. IFC also provided interest rate swaps to help the project company mitigate interest risks.

Nevertheless, project risks in Cameroon were high, which worried some potential equity investors. This is where MIGA came in. It provided €164.5 million in breach of contract insurance to two shareholders of the Nachtigal project —EDF International, an international power company, and STOA, an infrastructure investor focused on Africa.

Nachtigal is expected to transform the country’s economy and significantly improve the quality of life of its citizens. It will provide reliable, cheaper power to almost half of the population, increasing the country’s power generation capacity by 30 percent.  It will also create 1,500 construction jobs.

Aside from providing power to people who urgently need it, the project casts Cameroon in a positive light to private sector investors by helping build confidence in the government’s commitment to develop sustainable infrastructure using a public-private partnership model. Nachtigal’s success will mark major steps in reaching Cameroon’s power generation goals, and is likely to set the bar for future foreign investments in infrastructure in the country.