YAOUNDE, July 19, 2018 – Although Marie-Paule Effagon has access to electricity, she and her family have experienced frequent power outages, sometimes for as long as two days at a time.

“The food I had bought for the month would perish, my kids would not be able to study after school and the level of criminality and aggressions in the streets would increase considerably during that period,” said Effagon, a 48-year-old teacher living in Yaounde, Cameroon. 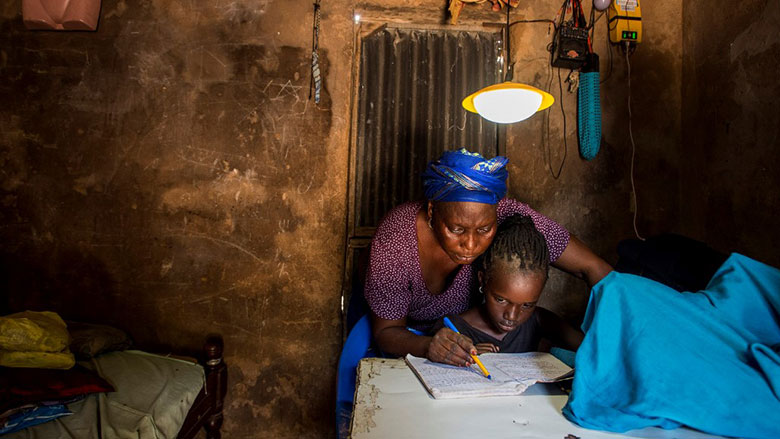 The recently-approved Nachtigal Hydropower Project will be the next low cost, hydropower site to be developed on the Sanaga River. The dam aims to increase the availability of reliable, renewable energy power throughout the country. The dam will also be a key part of the effort to reduce electricity costs and promote its sustainability, and will provide an additional 30% of installed capacity, as well as clean energy.

Following the commission of Lom Pangar Dam in 2016, the estimated average annual tariff compensation fell from US$25 million for one year (2017) to US$16 million for two full years (2018-2020). Once operational, Nachtigal will save the country an additional US$100 million in generation costs annually.

Increasing energy access is key to Cameroon’s goal to become a middle-income, industrialized country with poverty levels below 10% by 2035. Energy is among the priority areas identified in the country’s growth and poverty reduction strategy, which emphasizes the need for agricultural diversification, increased productivity, and large-scale public investment projects With Cameroon having the third largest hydropower development potential in Sub-Saharan Africa, estimated at over 12,000MW, the deployment of hydropower resources holds the key to lowering the cost of electricity and ensuring that Cameroon’s economy is competitive.

The World Bank has been a long-term, strategic partner of Cameroon’s energy sector, with a strong portfolio of projects and consistent support to the country’s reform agenda since 1998. Within  the past several years, the World Bank Group has financed several activities: the Energy Sector Development Project in 2008, which provided assistance to update the sector framework and supported rural electrification; the Lom Pangar Hydropower project in 2012, which supports a regulating dam to reduce seasonal water variability in the Sanaga basin; the Electricity Transmission and Reform Project in 2016, which helps improve the capacity, efficiency and reliability of the national transmission network; and the Hydropower Development on the Sanaga River Basin Technical Assistance Project in 2017, which aims at sharing technical and regulatory knowledge on hydrology risks, dam safety, cascade investment optimization and competitively-bid concessions. 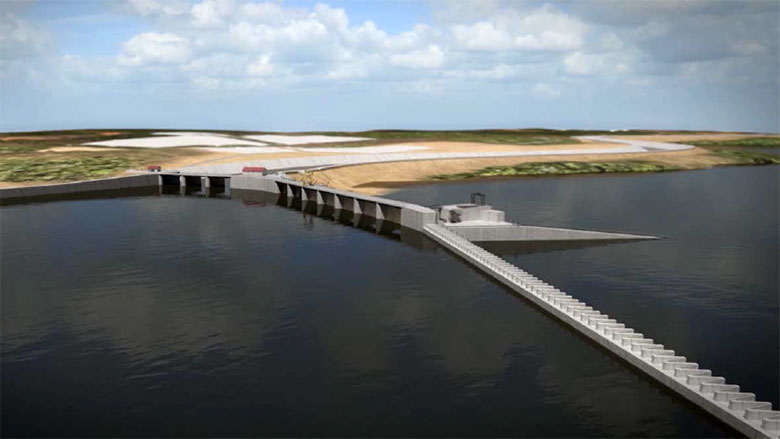 The Nachtigal Hydropower Dam is one of the very few public-private partnerships (PPP) in hydropower in Sub-Saharan Africa. PPPs are a financing model that dovetails with the WBG’s emphasis on Maximizing Finance for Development (MFD), leveraging the private sector and optimizing the use of scarce public resources.

“The World Bank Group has been instrumental in securing private finance for the Nachtigal Project, mobilizing the support of the entire WBG and leveraging financing from a host of other private and public partners, including loans from local commercial banks at a tenor unprecedented in Sub-Saharan Africa,” said Elisabeth Huybens, World Bank country director for Cameroon.

The International Bank for Reconstruction and Development (IBRD) focused on regulatory framework, government capacity building as well as the provision of critical risk mitigation instruments. IFC, as the co-developer, senior lender and swap financial instrument provider, supplied the project company with significant equity, debt, hedge instruments and mobilized other lenders. MIGA provided its political risk insurance to equity and potential swap providers to de-risk the project.

In addition to the WBG, the project brings together the project developer – Electricite de France (EDF), local and international commercial banks and other Development Finance Institutions (DFIs) to deliver the project in a sustainable way.

The Nachtigal Hydropower Project is a new chapter in the government’s effort to increase electricity for its citizens. And it comes with high hopes for people like Effagon.

“Hopefully the new dam will put an end to power outages and the cost of electricity, and connect all of Cameroon’s cities, urban and rural, to electricity,” Effagon said.