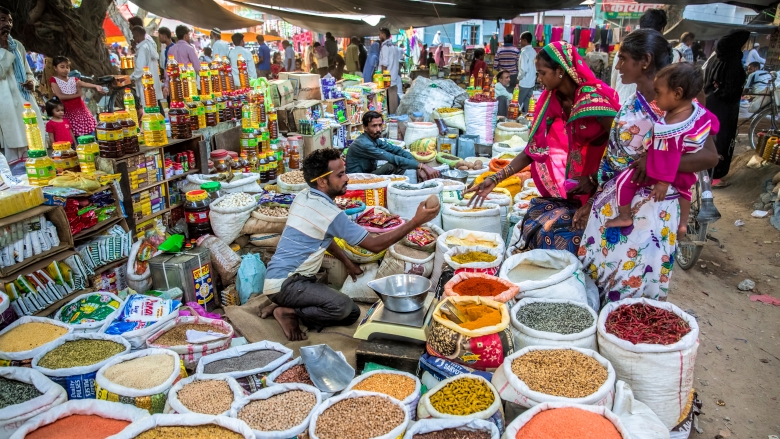 Protecting the poor from a rise in food prices remains a global policy priority. Indian households spend 45% of their income on food and many poor households rely on government subsidized grains for core cereal intake. Thus, programs to mitigate losses from food price shocks are an important part of India’s social protection system.

India’s food subsidy program continues to be one of the largest in the world. In 2017, the government spent some $16 billion dollars on the program, or almost 1 percent of GDP. Viewed from the perspective of public administration and state capability, what can the history of the PDS teach us about social protection and subsidy reform in India?

First, the PDS tells us that large scale “turn-around” of leaky programs, even in poor states is possible.  Thirteen years ago, the PDS data on coverage and leakage exposed alarming inefficiencies. In 2005, only three out of ten of India’s poorest households bought grains from fair price shops, while more than half the grains failed to reach intended beneficiaries. Policy makers were pessimistic about the program’s future, reform seemed impossible, a Herculean challenge. Today, after concerted efforts from civil society, administrators, politicians and the judiciary, many states have seen improvements in the PDS. The program is reaching many more of India’s poor, and the diversion of food-grains has reduced.

The numbers tell the story. In 2004-05, just 22.4% of Indian households reported buying food grains from fair price shops. This doubled to 44.5% in 2011-12, the highest since 1997, when the targeted PDS was introduced. Following the implementation of the National Food Security Act’s in 2016, coverage has further expanded. Administrative data for 2016, shows that 74% of Indian households possess a ration card; in 2012, nearly six out of ten poor households purchased grains from the PDS. All told, these improvements protected poor households from food price increases, and alleviated poverty during times of drought and high food inflation. While all-India decline in leakage has been moderate – going from - 58% in 2004/05 to 43% in 2012—the reductions in leakages were particularly strong in the low-income states with historically weak administrative capabilities of Bihar, Odisha, Jharkhand and Chhattisgarh. Micro-surveys in select low income states conducted in 2016 and 2017 found that citizens received nearly 90% of the subsidized grains to which they were entitled.

"Any reform on social protection should come in tandem with carefully crafted reforms on the agricultural and food price risk management sides. This is not a call for inaction, but for concerted cross-sectoral policy."

Second, there are no magic-bullets to reform. Efforts required patience and calibration of various tools and the reform configuration varied across states. Political incentives helped, relaxed eligibility criteria expanded the number of people across stratas of society using the program. Improvements used technology to complement reforms including marrying a host of accountability tools to enable citizen-centricity.

However, challenges remain. Critics highlight that the in-kind delivery of food subsidies is far too costly, and that the current subsidy regime encourages farmers to favor production of cereals which are procured by the central government for the PDS. Cash transfers are logically an alternative -- although this begs the question of how the government would release procured grains under current policies into the market without simultaneous dismantling of the MSP and procurement system.

The NFSA empowers states to decide the modality of delivering food subsidies –in cash or kind. Urbanized Union Territories are already testing the use of cash in place of grains. While awaiting national procurement reforms, each state government can be assisted in making more informed decisions on how best to protect farmers and consumers from food price shocks based on diagnostics and feedback loops – as a gradual and sequenced path based on learning and local requirements.

A new set of proposals to reform the PDS center on – should that be cash, in-kind food or even vouchers. Where markets function well – cash assistance would ignite demand-based approaches that could help uphold consumer sovereignty, spark efficiency gains, and ignite competition among retailers.

However, a choice-based solution is yet to be implemented at scale in any developed country and may pose several nuts and bolts challenges. For one, a cash-or-kind system would place an even larger bet on technology: at any point in time, the system should be able to provide people what they want, anywhere. Whether the current system can accommodate the simultaneous, multiple and real-time demand of almost a billion people is an open question.  Delivery of cash remains far more complex than is often imagined, even in urban areas. Recently, activists have also highlighted how the use of modern technology such as electronic-point of sale devices and biometrics may trigger delays and exclusion in food delivery –thereby eroding gains made in the recent past. Bolstering the capacity of local governments to test and use ICT effectively maybe more important than complex changes in the delivery chain.

More fundamentally, the choice approach may kick the can down the line and not fully address the underlying tension in the PDS – that is, its dual objectives of protecting families from price rise and stabilizing farmer incomes. Any reform on the social protection side should come in tandem with carefully crafted reforms on the agricultural and food price risk management sides. This is not a call for inaction, but for concerted cross-sectoral policy. After all the PDS is not a program in vacuum, but part of a larger system-wide set of interventions.