Pathways for building a capable public service in post-conflict countries 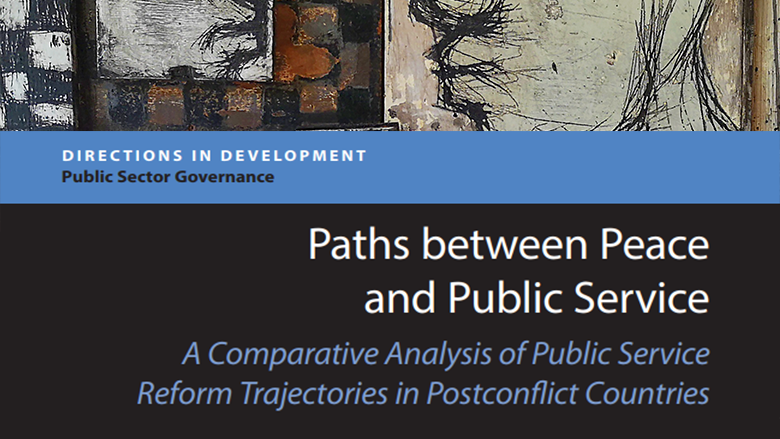 Effective governance and sound institutions are foundations for growth and development in all countries, but particularly in post-conflict countries. In such countries, governments often lack the capacity, accountability, and legitimacy to credibly perform state functions, including the provision of security, resolution of new conflicts, and delivery of essential public goods and services.

To ensure peace and stabilize fragile political coalitions, for example, political elites are often obligated to hand out public jobs and better pay to constituents, regardless of merit. And donor-financed parallel project structures, which rely on highly paid technical assistants rather than the regular public service, often become the primary vehicle to address citizens’ immediate service delivery needs.

So, considering these short-term compromises, what is the best approach to rebuilding public services in post-conflict settings?

“The study analyzes how reform trajectories are influenced by elite bargains and highlights their path dependency, shaped by pre-conflict legacies and the specifics of the conflict period,” says Jurgen Rene Blum, one of the authors and Senior Governance Specialist at the World Bank. “The study also identifies policy lessons for the future engagement of development partners in building public services.”

Amongst these lessons, the study finds that three “grand forces” have shaped the five countries’ post-conflict paths: pre-conflict legacies; conflict itself; and post-conflict elite bargaining.

The study also offers some practical guidance to tackle these grand forces, including:

First-best policies have typically pursued visions of a lean, efficient, and affordable public service; sought to build standard institutions such as independent public service commissions; and aimed to establish rational pay and grade structures based on job evaluations.

In hindsight, the study notes, many of these reforms did not work as planned, calling upon development partners to rethink their approach to building public services post-conflict.

“The study’s primary message is a call for pragmatism,” says Deborah Wetzel, Senior Director of the World Bank’s Governance Global practice. “Rather than continuing to invest in strategies that resist political forces and capacity limitations, donors should anticipate these pressures and pursue policies that further long-term state building under these constraints.”