All images below are submissions to the World Bank/GFDRR “Building Disaster Resilience Across Armenia” photo contest, held 30 years after the 1988 Spitak Earthquake, and in tribute to the resilience of the Armenian people affected by this devastating event.

“Boy in the Window” – a young boy outside a damaged home near Spitak, Armenia. 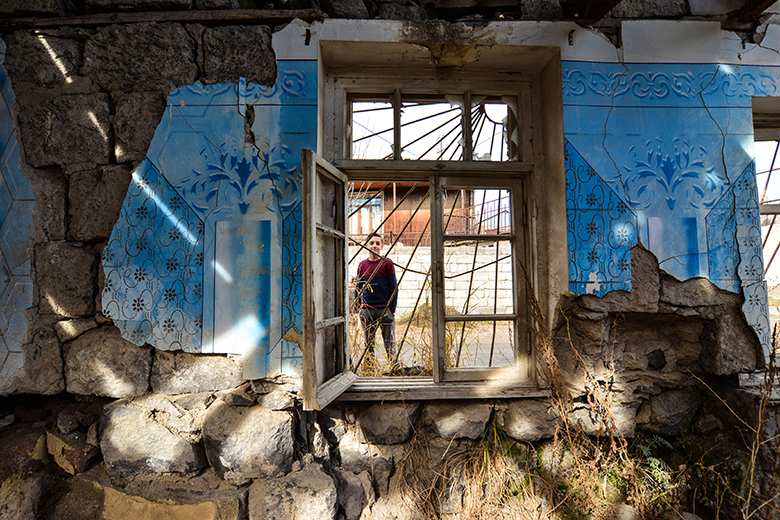 Located in one of the most seismically active regions of the world, Armenia is highly vulnerable to seismic risk – a challenge exacerbated by rapid urbanization over the last few decades.

“Family, Stronger Together” – 10 years on from the Armenian earthquake, a grandmother and granddaughter make their way home during the cold winter months, in Spitak, Armenia. 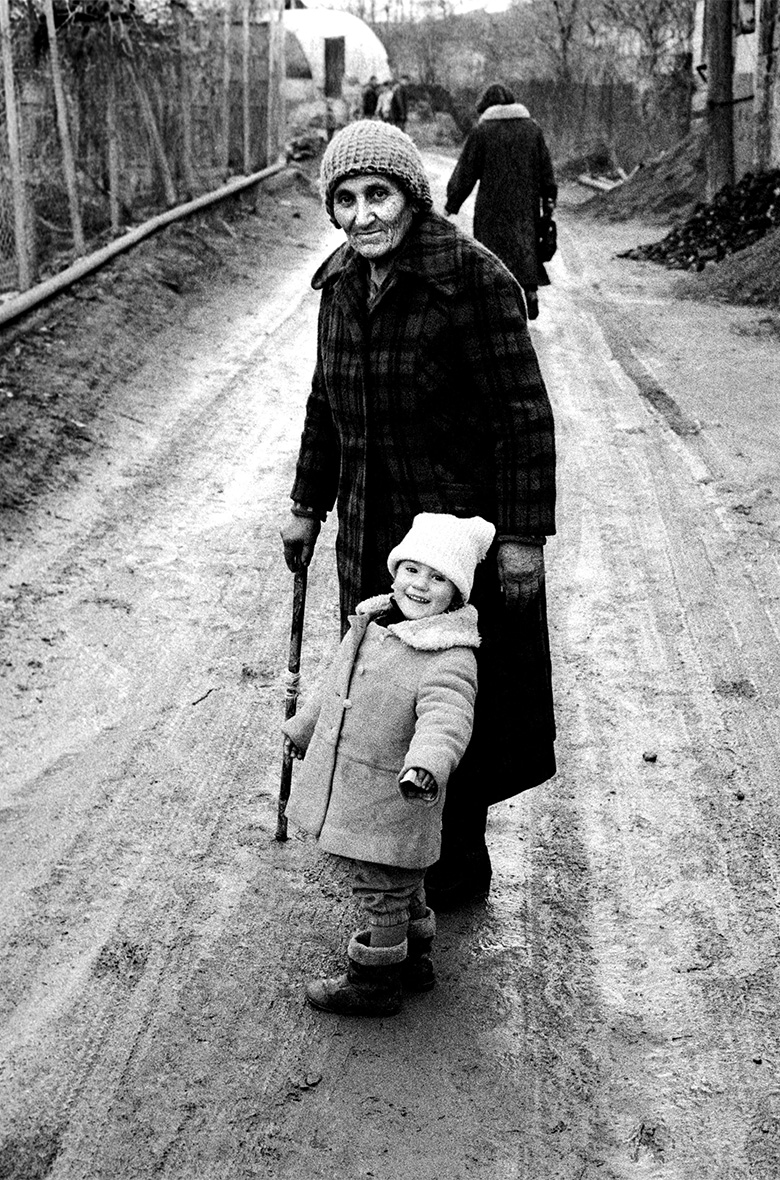 On December 7, 1988, risk became a reality for the people living in the Northern region of Armenia, with the historical epicenter in Spitak town, when a magnitude 6.8 earthquake struck the entire area.

“The Power of Hardships” – Aida, born 3 years after the earthquake, stands pregnant with her child in a damaged square in Gyumri. 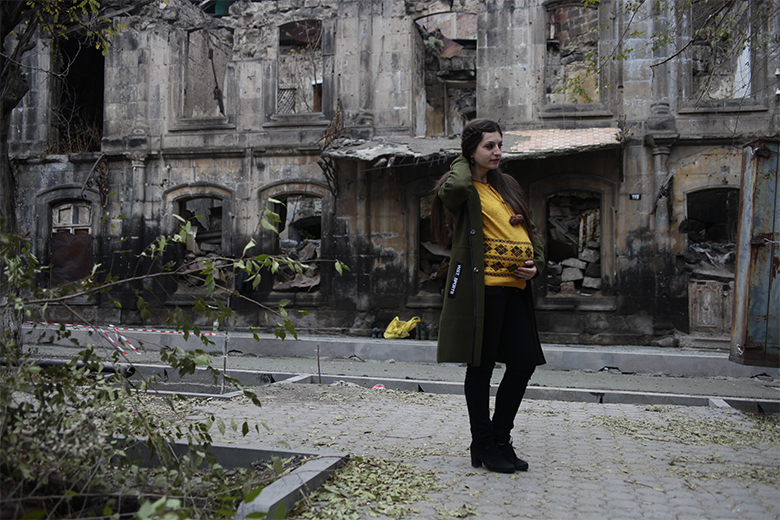 Within 41 seconds, the disaster affected more than 40 percent of the country’s social and economic infrastructure, claiming 25,000 lives and injuring 20,000 more, and leaving more than half a million people left without shelter.

“Nalband Village” – children make their way home from school, in the epicenter of the 1988 earthquake. 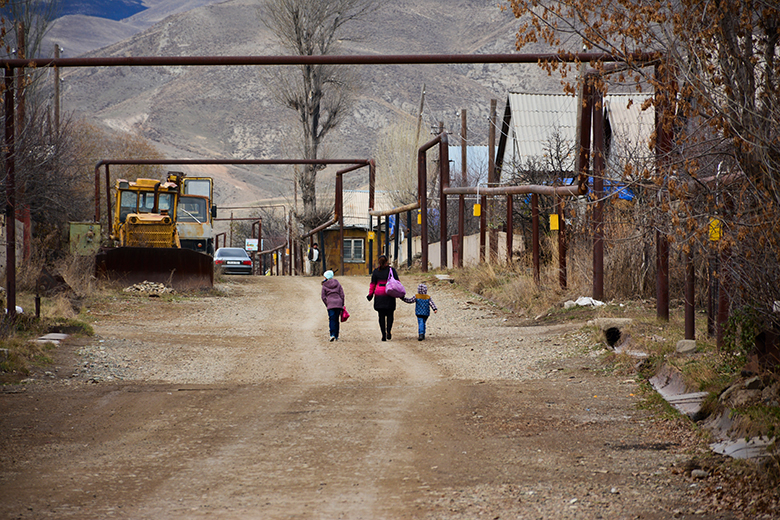 Armenia’s economic losses were estimated at $15-20 billion, setting back hard-won development gains and reverberating down through generations of Armenian communities. The collapse of the Soviet Union, just a few years after the earthquake, made it more difficult to recover from the impacts of the tremors in the Northern regions, as well as the country as a whole.

“Creating in Domik” – 30 years after the earthquake, famed painter Samvel Galstyan, in Gyumri, paints a cottage where he lived and worked for 30 years. The whole region, and especially Gyumri, still bear the scars of the earthquake. 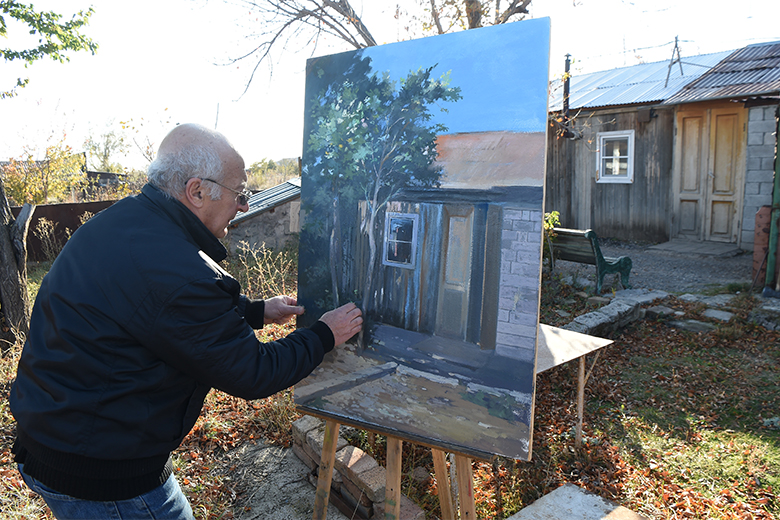 The disaster has nevertheless made seismology and earthquake preparedness a priority for the Government of Armenia, and has served to make the population more aware of seismic risk and resilience measures.

“Dear God” – a woman prays in Gyumri for those who died in the earthquake. 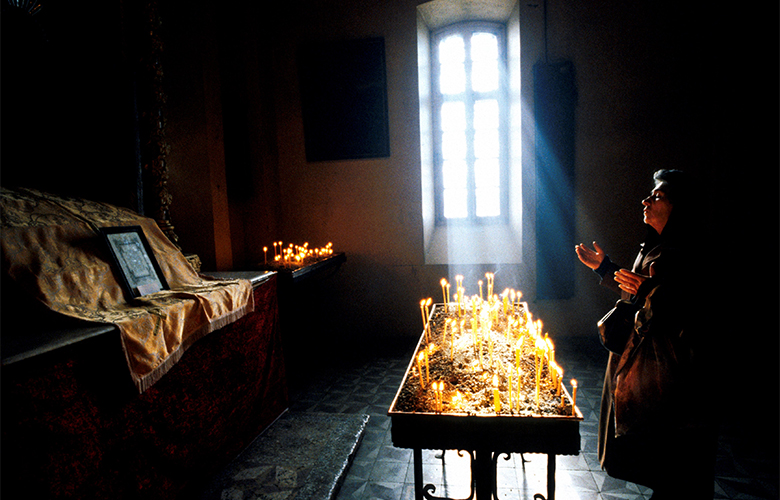 Much has changed in Armenia since 1988, although the recovery effort has been slow. Today, the country is working to strengthen building codes, expand investments in resilient infrastructure, and mainstream disaster risk management across government institutions.

“Geghard Monastery” – listed as a UNESCO World Heritage Site, Geghard is a medieval monastery in the Kotayk province of Armenia, carved out of the adjacent mountain and surrounded by cliffs. It was partially destroyed during the 1127, 1679 and 1840 earthquakes, but was restored and renovated in the following years. 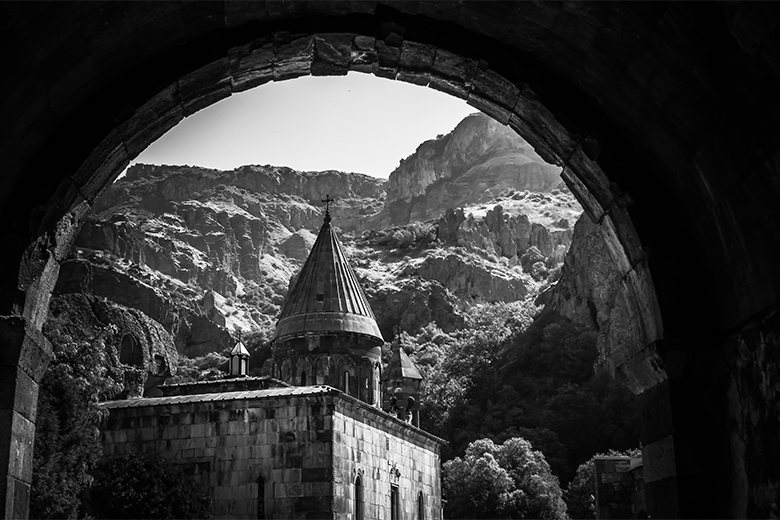 With assistance from the World Bank, the Government of Armenia adopted a national disaster risk management system and strategy in 2017, which is aligned with the Sendai Framework for Disaster Risk Reduction – the global framework to strengthen disaster resilience – as well as the sustainable development goals. 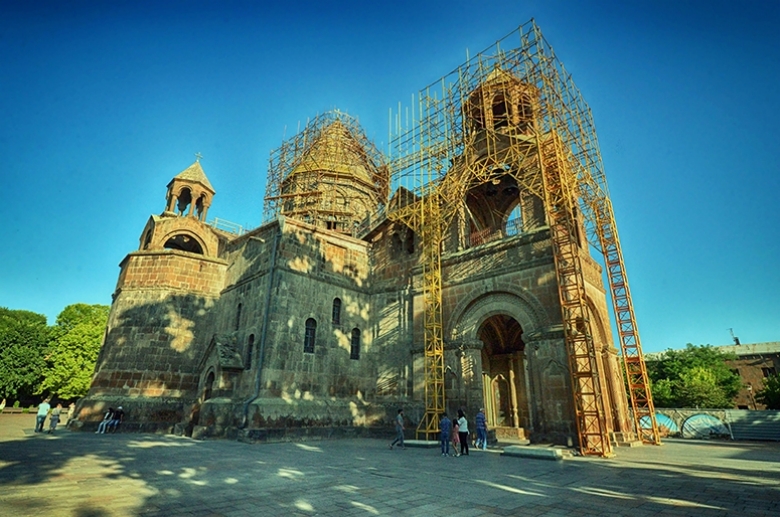 The country has made the seismic safety of schools a national priority. In 2015, the government launched the national Safe School Improvement Program (SSIP) for nearly 380 schools, with the goal of expanding the program to cover all of the country’s educational facilities by 2030.

“Relief” – the Bulvar district of Gyumri was built for earthquake victims. 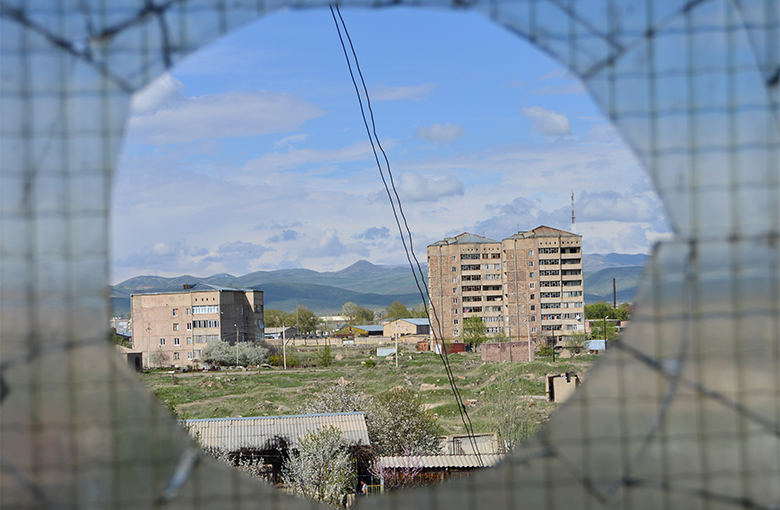 An in-depth seismic hazard assessment was recently completed at the national level to provide the government with a comprehensive understanding of seismic risks throughout the country. This important effort brought together leading seismic risk institutions like AIR Worldwide and the Global Earthquake Model Foundation to enhance Armenia’s seismic zoning maps, using up-to-date geological hazard scenarios which are being used to guide future investments in risk reduction, and are now part of the country’s seismic building codes.

“Bringing Colors to the City” – a young girl in the city of Gyumri. 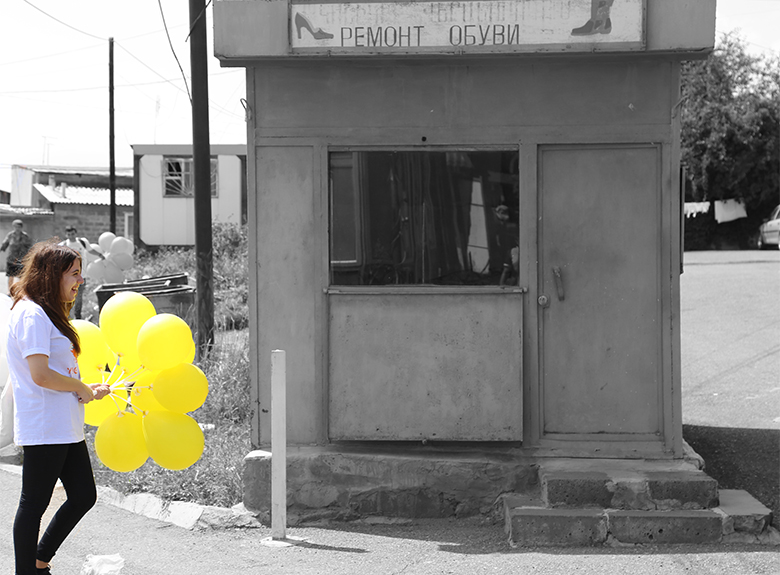 Armenia has made long strides to building resilience through preparedness strategies and mainstreaming disaster risk management throughout their development efforts. These efforts are perhaps the most powerful way to commemorate the Spitak Earthquake, and will ensure a safer and more resilient future for communities that call Armenia home.