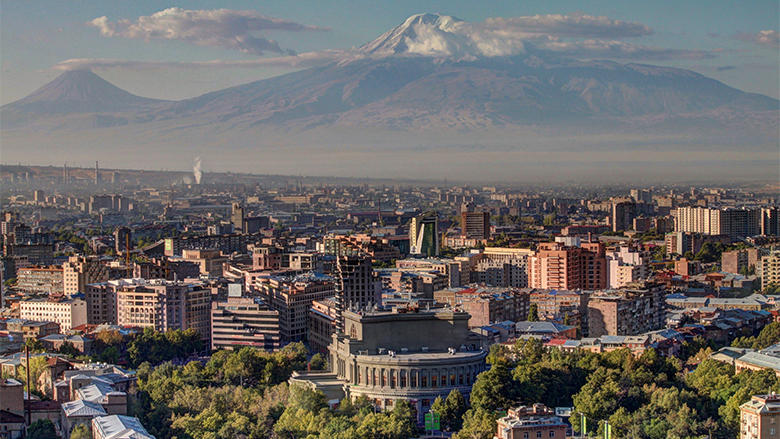 Yerevan, Armenia’s capital, is one of many cities in the country under threat from rising climate and disaster risk.

In 2017, impacts from natural disasters led to over $300 billion in estimated economic losses globally – more than double the amount for 2016. Economic setbacks of this scale can have devastating consequences for countries like Armenia, which is not only vulnerable to the effects of climate change but also to geological hazards such as large seismic risks.

Over the last few decades, urbanization and changing climactic conditions have quadrupled economic losses in Armenia, putting the country’s sustainable socioeconomic progress at risk. And, for the nearly 35% of the Armenian workforce who work in agriculture, the increasing severity and frequency of extreme weather events could destabilize livelihoods and push thousands into poverty. Such risks are already taking their toll on the country’s hard-won development gains. From 1994–2014, Armenia lost well over $1.5 billion to natural hazards like floods, earthquakes, and drought.

To strengthen Armenia’s resilience to such catastrophes, the Government and the World Bank are working together to improve disaster risk information, enhance risk reduction, strengthen preparedness and improve understanding of fiscal disaster risks.

To help the Armenian government better understand the fiscal impacts of disaster impacts, the World Bank and the Global Facility for Disaster Reduction and Recovery (GFDRR) helped produce a disaster risk finance country note, which will be used to take stock of existing instruments used to finance disaster response in Armenia, and provide policy options for disaster risk financing and insurance.

The country note draws upon a disaster damage and loss data set, assembled from existing global disaster impact data and selected reports, in addition to an earthquake risk profile developed by the World Bank as part of a regional initiative. The analysis found important funding gaps for both recurrent and large-scale disasters, and offered several pathways – including contingent credit options and the creation of a natural disaster reserve facility – to help the country strengthen its financial protection.

Armenia’s partnership with the World Bank also includes targeted investments in improved weather information. Given that 90% of losses from natural disasters in Armenia are linked to severe weather events, hydro-meteorological services – such as early warning systems, real-time weather information, and improved climate data – are a cornerstone of disaster resilience.

The World Bank and the government of Armenia undertook a technical review of the country’s hydro-meteorological and forecasting needs to accelerate preparedness and improve the country’s weather, water, and climate services. The valuable data generated from such services will guide key investments in disaster risk management, enhance decision-making and response times for affected communities, and will help boost production in agriculture, the country’s primary industry.

Alongside measures to reduce risk from extreme weather, an in-depth seismic hazard assessment was also recently completed at the national level to provide the government with a comprehensive understanding of seismic risks throughout the country. This important effort blends modern analysis methods with cutting-edge scientific research, in order to enhance Armenia’s seismic zoning maps using up-to-date geological hazard scenarios.

This forward-looking initiative, which brought together leading seismic risk institutions like AIR Worldwide, Global Earthquake Model Foundation (GEM) and other technical agencies, can guide future projects by the World Bank and development partners, and its findings are expected to inform updates to national building codes – ensuring a more resilient built environment and safer infrastructure.

“Today, Armenia possesses the most up-to-date long-range seismic hazard and general seismic zoning maps in the region, developed by an international highly qualified Consortium and a local Interagency Working Group,” says Hrachya Petrosyan, Adviser to the Minister of Emergency Situations. “The work spanned almost two years, and is supported by the World Bank's financial and technical expertise. This long-term assessment will ensure sustainable development for a country highly prone to earthquakes, while the new seismic zoning maps will serve as a basis to improve construction norms and land use standards, as well as evacuation routes.”

Armenia’s government is also scaling up the retrofitting of vulnerable educational infrastructure to better protect students from the threat of earthquakes and landslides. Mapping efforts led by the Japan International Cooperation Agency (JICA) identified more than 130 landslide risk areas across the country, while an in-depth study led by the World Bank and GFDRR revealed that more than 90% of the country’s schools were built before the introduction of the first Seismic Code (in 1994), potentially endangering the lives and education of more than 400,000 students across the country. 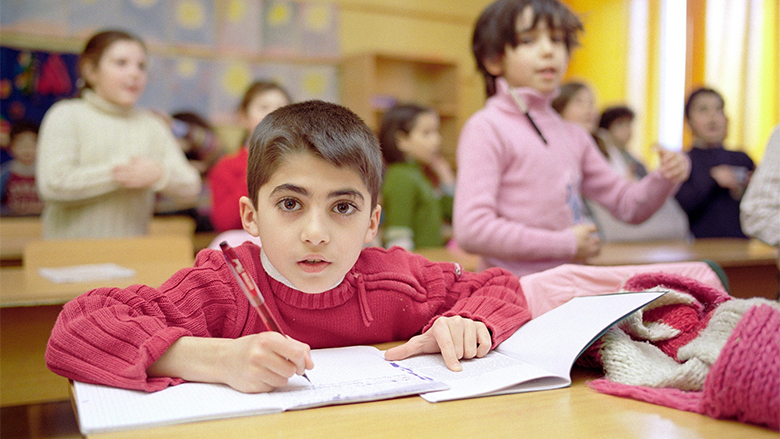 Armenia has made the seismic safety of schools a national priority. In 2015, the government launched the national Safe School Improvement Program (SSIP) for nearly 380 schools, with the goal of expanding the program to cover all of the country’s educational facilities by 2030. This is Armenia’s first effort to address the seismic vulnerability of school buildings at scale, and currently 46 identified schools will undergo seismic strengthening or reconstruction financed by the Asian Development Bank (ADB).

While much work remains to be done in identifying priority investment areas and creating effective strategies for decision makers, the in-depth seismic hazard assessment, modernization of hydromet services, and development of a national risk financing strategy will all help move Armenia towards a safer and more resilient future.

This initiative is supported by the Japan-World Bank Program for Mainstreaming Disaster Risk Management in Developing Countries (administered by GFDRR), working in close cooperation with other development partners, such as UN agencies, International Financial Institutions, bilateral agencies, and civil society organizations operating in Armenia.