Envisioning the Future in Colombia 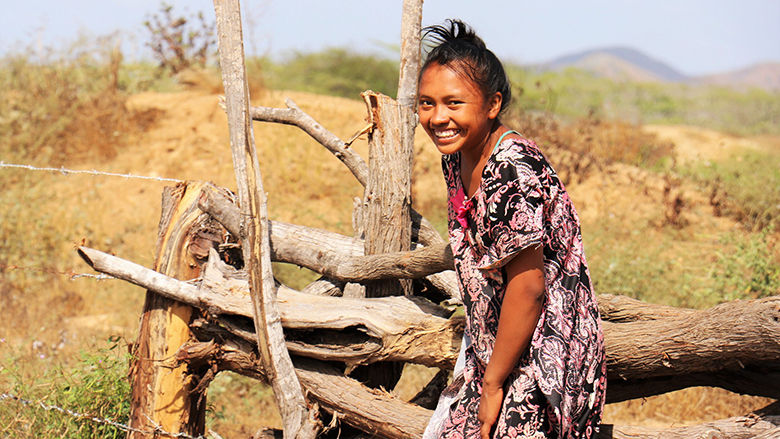 Supporting sustainable public investments in development by understanding and managing the financial risks.

In the sun-scorched desert of La Guajira Peninsula on the northern border of Colombia, a girl walks along the dirt road to her “rancheria”, a handful of makeshift homes that constitute her village. The heat of the parched, barren land is broken only by a brittle tree or a few spiny cacti. She has just returned from the city of Bucaramanga.

“Icetex subsidies helped a lot to make living in the city possible,” she said. “If it weren’t for them, it wouldn’t have been possible for me to join the university. They help me pay for tuition, clothing, transport, and other expenses of my stay in Bucaramanga.”

Icetex itself was the dream of a Colombian student, Gabriel Betancourt, who later became Minister of National Education. In 1950, he supported Icetex’s founding, the first higher education loan program in the world. Today, it is a state-owned enterprise (SOE) that promotes university education through student loans to under-privileged students with good academic performance.

“For an SOE to survive and thrive it needs to raise stable, low-cost financing. The central government plays an essential role in making this happen by issuing guarantees” said Rodrigo Cabral, Senior Financial Officer, World Bank Treasury. “But like any financial underwriting, when a government issues a guarantee for a loan to one of its agencies, it assumes risk as the co-signer, as the agency may not be able to meet its financial obligation, and pay the loan.”

Those risks have not always paid off. As the result of an economic recession in the late 1990s, several government guarantees were triggered, leading to cumulative payments of up to two percent of the Colombian GDP by 2004. The materialization of these contingent liabilities generated a financial shock to an economy already under pressure from the recession.

Following the crisis, Colombia updated its legislative framework to better accommodate the contingent liability issue and to improve the risk management of government guarantees.

Cooperation with the World Bank Treasury

In 2011, the Colombian government partnered with Government Debt and Risk Management (GDRM) Program, a World Bank Treasury initiative sponsored by the Swiss State Secretariat for Economic Affairs (SECO), to fine tune risk assessment and the management of contingent liabilities. The outstanding issue was finding a quantitative risk model to determine the right fees, set aside in a contingency fund, and define the right collateral from public entities that wanted government guarantees so that they could borrow.

The GDRM program supported the Colombian ministry of finance in two primary ways. First, by providing a technical expert who gave on-site consultancy with direct support for research and development of the new methodology. Second, by fostering peer-to-peer dialogue with other countries at each stage of the risk management process. The team of practitioners included Sweden, a developed country with years of experience in issuing guarantees; Turkey, an emerging country with a solid framework for issuing guarantees and managing on-lending practices; South Africa, whose experience in managing government guarantees most closely matched Colombia’s; and Indonesia, a nation just starting down the path of government guarantee risk management.

“The work began with a series of virtual dialogues via WebEx: five half-day sessions in the span of two months, during which each practitioner asked questions specific to their needs and benefited from the shared expertise of the others,” said Alessandro Scipioni, World Bank Treasury resident advisor. The group of countries got the unique opportunity to meet in person and present ideas during a fiscal conference dedicated to their issues that the World Bank Treasury facilitated in Istanbul.

Trifecta for the Colombian Debt Management

Refined Methodology: The Public Credit and Treasury Directorate—the equivalent of a debt management office—improved its methodology to determine the appropriate fees and collateral required for the government to issue guarantees; these fees are set aside in a contingency fund that belongs to the central government.

Change implemented: The Public Credit and Treasury Directorate has so far applied the new methodology to external loans from multilateral organizations obtained by three public agencies:  Findeter, Icetex, and Bancoldex. . All three loans were covered by central government guarantees.

Colombia and the World Bank Treasury GDRM Program’s partnership resulted in better risk management for issuing guarantees that supports public borrowing and while also protecting the government’s credit rating. Understanding and proactively managing these risks helps to guard against a recurrence of the shocks of early 2000s. These efforts also enable public entities like Icetex to thrive and allow the neediest students to receive continued access to higher education.