Celebrate 2018 with 12 Cartoons on Water and Sanitation

As 2018 makes its big entrance, we are also delighted to welcome the World Bank's Water Cartoon Calendar, hot off the press! Each year, the calendar shines a light on the most pressing water issues faced by communities around the world and aims to stimulate inspiration and ideas in pursuit of a healthy and water-secure world for all.

Water is at the center of economic and social development: it is vital to maintain health, grow food, generate energy, manage the environment, and create jobs. However, 2.1 billion people lack access to safely managed drinking water services and 4.5 billion people lack safely managed sanitation services. And water-related hazards, including floods, storms, and droughts, are responsible for 9 out of 10 natural disasters. Climate change is expected to increase this risk, in addition to placing greater stress on water supplies.

The Sustainable Development Goals (SDGs) call upon us to go further and faster in providing safe and sustainable water and sanitation for all, while bringing our focus to other critical dimensions of the broad water sector.

These new challenges and this new context require new responses. So, in 2017 the World Bank, together with its partners, launched a new partnership for a healthy and water-secure world, the Global Water Security and Sanitation Partnership (GWSP).

Under the auspices of GWSP, the Water Cartoon Calendar has carried on the tradition of raising awareness around critical global water issues through humor. Five priority themes have been identified where action is critically needed to achieve the SDGs for water – sustainability, inclusion, institutions, financing and resilience – which provide the inspiration for the 2018 Water Cartoon Calendar. Check the 12 cartoons below, share with #WaterCartoon on social media, and download a high-res version of the calendar to print on your printer. 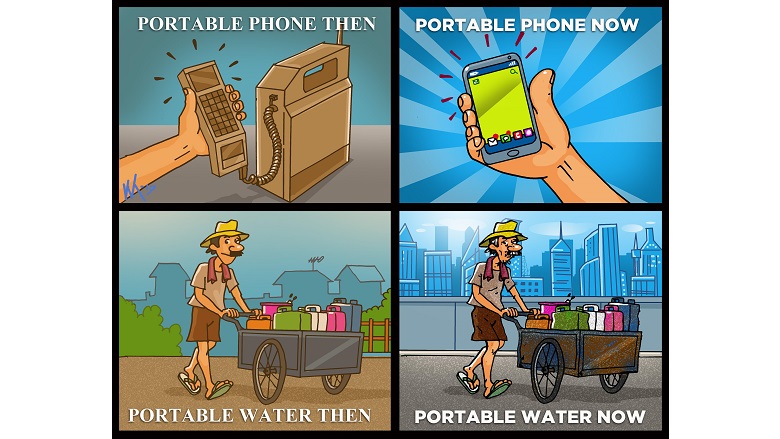 $114 billion per year in overall global investment is needed to meet SDG targets for water supply and sanitation (6.1 & 6.2). 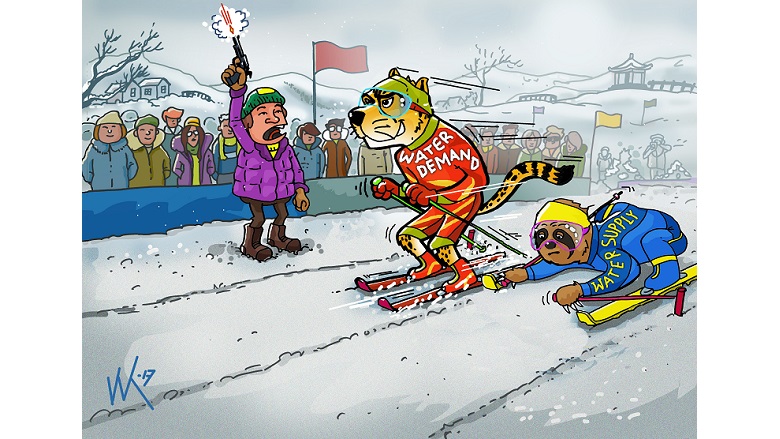 2 in 5 people live in parts of the world affected by water stress. 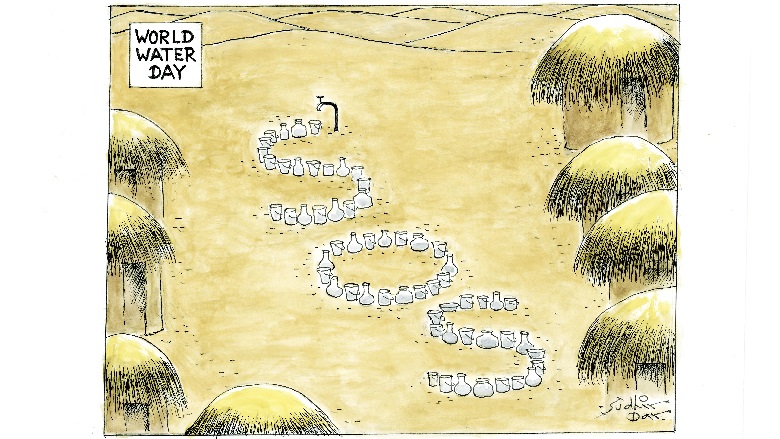 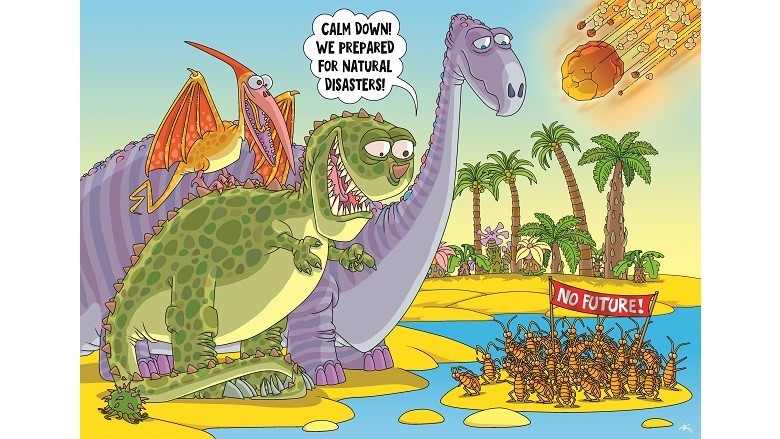 9 out of 10 natural disasters are water related. 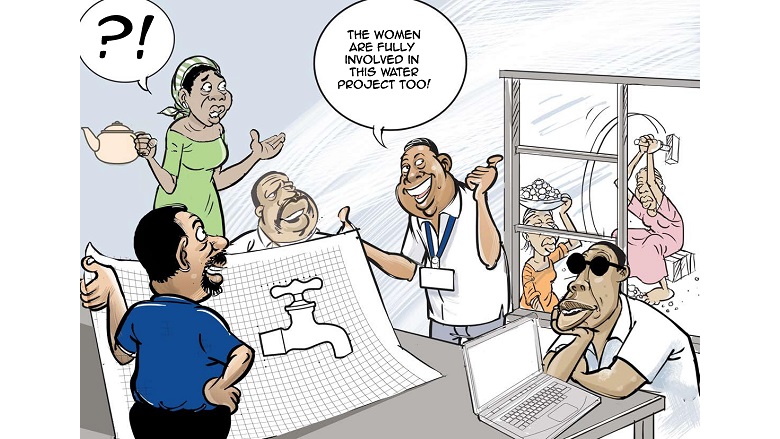 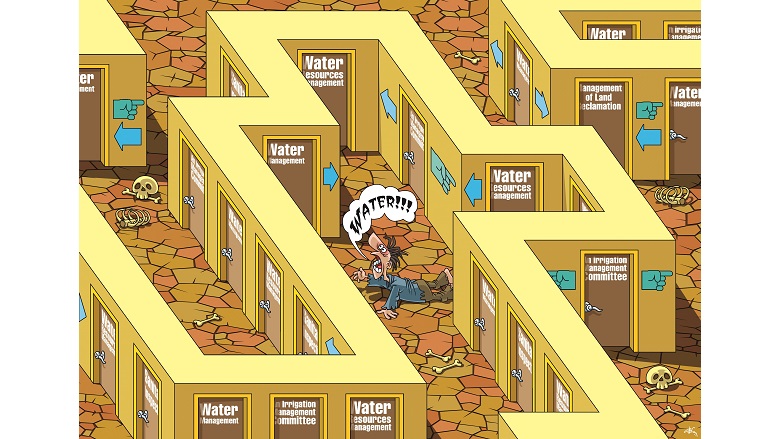 In most regions of the world, over 70 percent of freshwater withdrawals are used for agriculture. 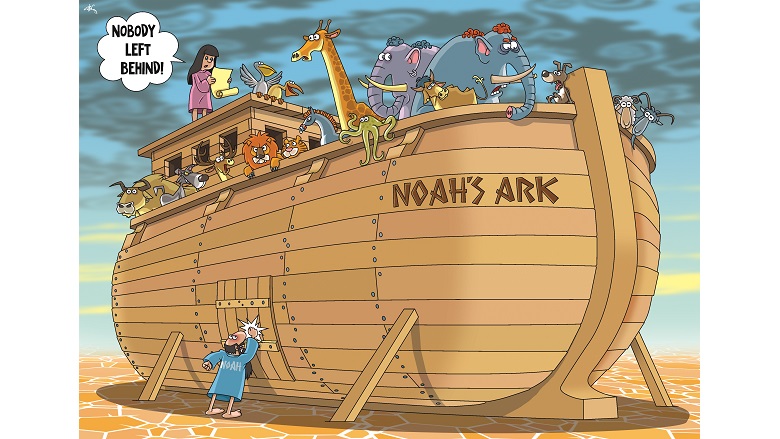 Because of repeated droughts, farms around the world are losing produce that could feed 81 million people each year. 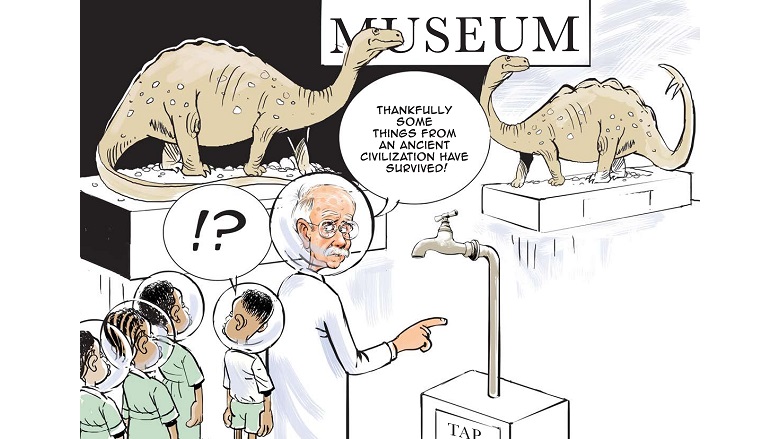 155 million children worldwide under the age of five are stunted, which reduces their opportunities throughout their lifetime. 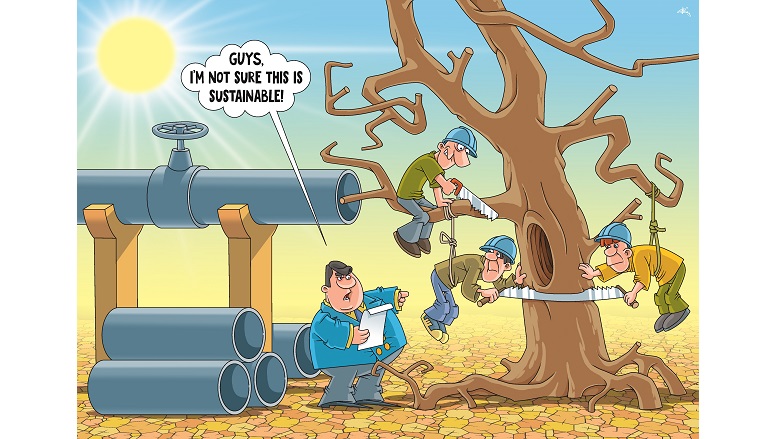 Water scarcity, exacerbated by climate change, could cost some regions up to 6% of their GDP, spur migration and, in the extreme, spark civil conflict. 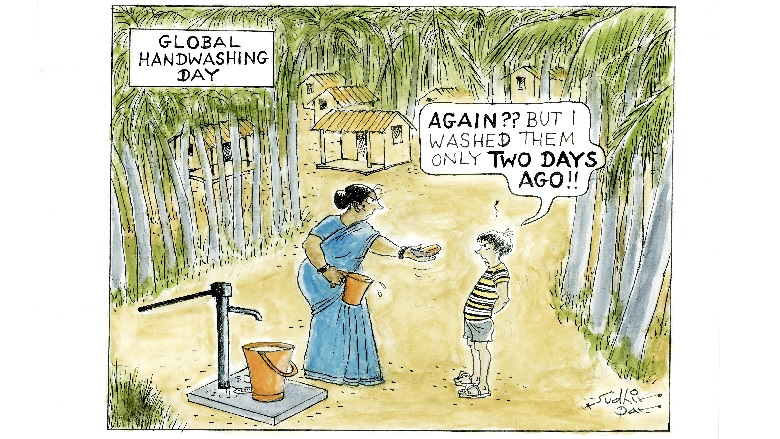 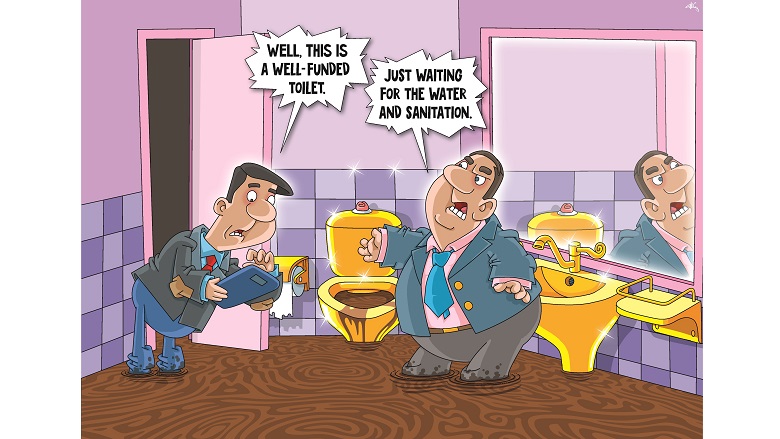 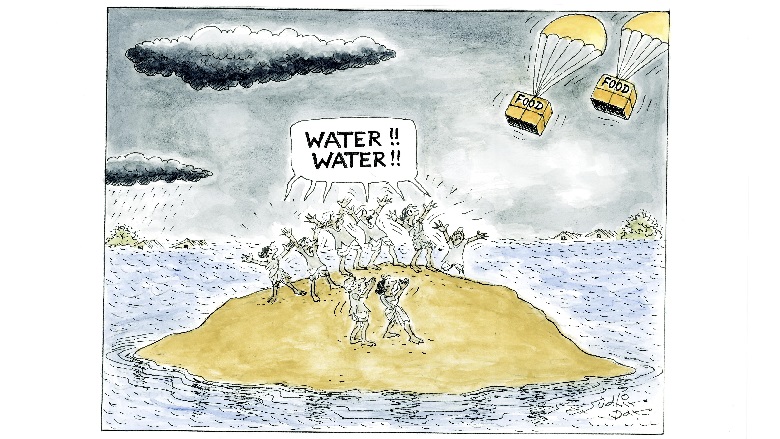 71% of the Earth’s surface is water but only 4% is freshwater and, of that, 0.5% is safe for human consumption.

We thank these talented artists from around the world who helped us craft these important messages with creativity and passion, while staying true to the calendar’s tradition.

Sudhir Dar is one of India’s most eminent cartoonists and lives in New Delhi. He has delighted millions of readers for almost four decades with a pocket cartoon called ‘This is it!’. Dar is a winner of several national and international awards and has featured in The New York Times, The Washington Post and several other prestigious publications worldwide. MAD magazine called him a ‘Tasty Indian Nut’.

Vladimir Kadyrbaev is a well-known cartoonist from Kazakhstan. Trained as a physicist, he began his career as a schoolteacher, later being drawn more exclusively to creative arts. Since 1985, his cartoons have been published daily in many newspapers in Kazakhstan and Russia. He also produced an animated cartoon movie in 2006. He has won multiple prizes at international cartoon exhibitions in Belgium, Canada, Italy, Poland, Turkey, and more.

Wisnoe Lee is a Jakarta-based artist specializing in posters, comics and caricatures. His works have been featured in national exhibitions. His unique cartoon characters–a tricycle driver named Gibug with his yellow cat Oncom—received the prestigious ‘Kosasih Awards’. In addition to being a resource person on the subject of arts in national media agencies including television, radio, newspapers and magazines, Wisnoe has been busy working on artistic projects, including his collaboration with the World Bank on cartoon calendars, since 2005.

Victor Ndula is an editorial cartoonist who lives and works in Nairobi, Kenya. He is published daily under “Victor’s view.” Drawing cartoons for roughly a decade, Victor continues to lend his voice to social commentary through his cartoons. As a member of the global organization Cartoon movement, he has attended and exhibited his work at Cartoon festivals in Switzerland, France, and Germany; his work has also been exhibited in Peru, Doha Qatar, Amsterdam, and at the London School of Economics. Victor has won many local and international awards, including the first prize award for the Ranan Lurie International Cartoon Competition.

Wishing you a successful 2018!