Skip to Main Navigation
This page in:_
FEATURE STORY October 9, 2017 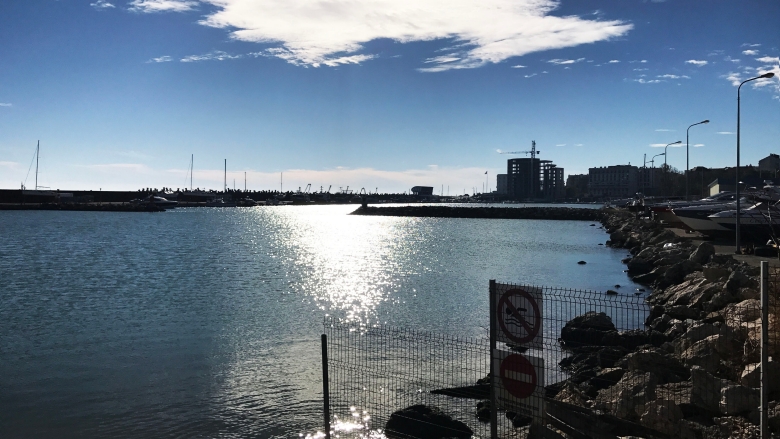 Constanța is the second largest functional urban area in Romania after the capital, Bucharest. It is one of Romania’s main economic engines of growth and one of the most dynamic cities in the European Union. Despite its strategic location - and despite having relatively good infrastructure - Constanța has not managed to attract any major investors in recent years. The Municipality of Constanța has asked the World Bank to provide technical assistance designed to make the city smarter, more competitive, and more efficient.

Constanța is the second largest functional urban area in Romania after the capital, Bucharest. It is one of Romania’s main economic engines of growth and one of the most dynamic cities in the European Union. However, Constanța has its own share of challenges. While the city’s growth trajectory has been impressive, much of it has been sustained by just two employers: the Petromidia Refinery in Năvodari and the Constanța Port.

Despite its strategic location - and despite having relatively good infrastructure - Constanța has not managed to attract any major investors in recent years. It ranks just 11th among the 41 largest cities in the country, in terms of average salary. Moreover, the population of the Constanța Functional Urban Area (FUA) decreased by 5% between 2001 and 2011 – from around 575,000 to around 545,000. The city managed to attract less people than other dynamic cities, such as Cluj, Timișoara, or Iași.

Acknowledging that there is untapped potential to make the city more attractive to investors and potential residents, the Municipality of Constanța asked the World Bank to provide technical assistance designed to make the city smarter, more competitive, and more efficient. To support this objective, a Reimbursable Advisory Service (RAS) agreement - in essence a form of technical assistance support - was signed in Constanța on October 9, 2017, with a focus on three major components: strengthening capital investment planning and management; improving municipal asset management and urban regeneration and; enhancing the competitiveness of the metropolitan area.

A critical challenge in Constanta is effective planning, prioritization, design, and execution of capital investments aimed at improving the quality of life and boosting economic growth and performance. In order to address these issues, the World Bank is working with the government to provide assistance with the development of a delivery unit that will prioritize and improve project delivery, support the development of a comprehensive, multi-annual investment program, and boost the financial health of the Municipality of Constanța.

The city of Constanta also has a unique opportunity to take greater advantage of its existing asset base by making catalytic investments in urban regeneration to unlock development opportunities. In order to achieve this, the country is focusing on bringing under-utilized assets into more productive use, developing an Integrated Spatial Plan for the Municipality of Constanța, expanding and replicating urban development best-practices,  and developing a strategy to rehabilitate neighborhoods.

Competitiveness is key when looking to unlock the potential of this city. As such, the World Bank is helping the city become more competitive by developing a competitiveness profile for the Constanța Metropolitan Area, assessing the municipality’s trade performance in order to build its export potential, supporting the city’s efforts to promote and facilitate investments.

The Constanța Urban Development RAS represents a natural continuation of the technical assistance work undertaken by the World Bank in Romania. This work focuses on key aspects of supporting the implementation of previous recommendations related to sustainable urban development.

What is unique about this engagement is that it goes beyond the  „what” and provides practical implementation support related to the „how” – trying to understand how a city can better attract and retain opportunities that stimulate growth. Another unique component about this RAS is the fact that it is fully funded through the budget of the Municipality of Constanța, highlighting the commitment of the city bring about meaningful urban improvements.

This RAS also represents one of the few technical asisstance projects signed directly with a sub-national authority, which may ultimately provide a blue-print for other similar, engagements in Romania and beyond.