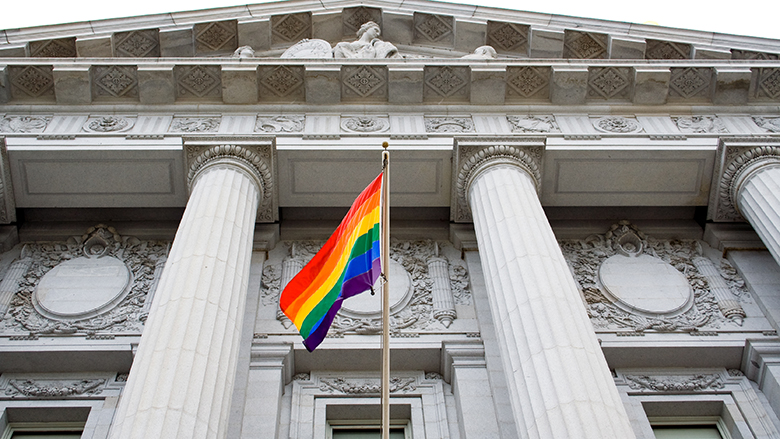 Although it varies from country to country, LGBTI people face exclusion throughout the region and to a great extent, says Clifton Cortez, the World Bank Group’s Sexual Orientation and Gender Identity Global Advisor.

LGBTI (lesbian, gay, bisexual, transgender, and intersex) persons face ongoing exclusion, discrimination and violence in every part of the world, and Latin America and the Caribbean is no exception.

Question: What is exclusion based on sexual orientation and gender identity?

Clifton Cortez: Similarly to exclusion because of race or religion, exclusion because of sexual orientation or gender identity is based on a characteristic of who you are. The discrimination, stigma, and violence act as barriers to people engaging fully in various aspects of life, whether it’s access to educational opportunities, the labor market, or health care.

Everyone has a sexual orientation, and everybody has a gender identity. Most people have a sexual orientation that is part of the mainstream – heterosexual - but not everyone. Similarly for gender identity, most people identify with the biological gender they were born with or assigned to at birth. However, a minority of people realize as they come of age that they, in fact, identify with a different gender than the one they were assumed to have at birth.

Question: To what extent do people in Latin America and the Caribbean face this kind of exclusion?

Clifton Cortez: Although it varies from country to country, LGBTI people face exclusion throughout the region and to a great extent. In Latin America and the Caribbean, this exclusion is often grounded in religious beliefs and principles as well as prevailing gender norms, and sometimes even enshrined in the law.

For example, transgender women are given little option to engage in official employment in the labor sector because of the discrimination and stigma they face. Regardless of educational level they often have to engage in begging or sex work. Sex work is usually illegal and stigmatized, and the sex workers are subject to great vulnerability, including violence and murder. The Organization of American States has found that transgender women on average don’t live past the age of 35 due to the violence and discrimination they face on a daily basis.

Question: Is this issue being addressed in the region?

More recently, some governments have also started to work with civil society to address LGBTI exclusion, including crime and violence, in various ways. From a legal level, regional organizations such as the Organization of American States and the Pan American Health Organization are also tackling LGBTI exclusion in the Americas.

Question: In what way does LGBTI exclusion hinder development?

Clifton Cortez: We can’t end extreme poverty and boost shared prosperity without LGBTI inclusion. The global discussions around the Sustainable Development Goals specifically recognized the principle of “leaving no one behind”, which means making sure development reaches the most marginalized people, and that includes LGBTI individuals. Global consultations led by the United Nations Development Programme (UNDP) gained global consensus on the  five highest-priority areas that need to be addressed for LGBTI people: economic well-being, personal security and violence, education, health, and political and civic participation.

However, there is not enough solid data on LGBTI people’s lives available to measure the exclusion of LGBTI people to inform policies and programs, and the World Bank can play a leading role in addressing these data gaps. The World Bank is beginning to do this, and has or is currently generating new data in Thailand, Serbia, Georgia, and India, and will do so in more countries in the future, including in Latin America and the Caribbean.