To Fight Poverty, We Need to Fight Homophobia and Transphobia 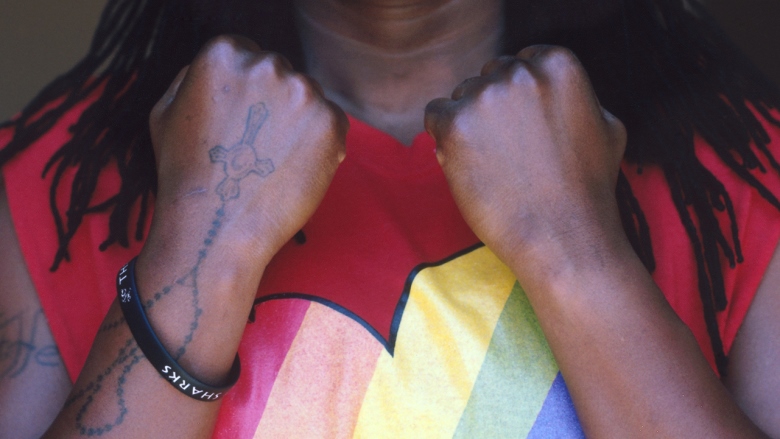 Anggun is a young woman who lives and works in Jakarta, Indonesia’s bustling capital. She earns a steady income, is well-integrated within the local community, and takes a positive outlook on life. But her smile and confidence belie a past that was marked by rejection, stigmatization, as well as a great deal of physical and psychological abuse.

The reason? Anggun was assigned male at birth, but, from a very young age, was picked on at school for talking and acting “like a girl”. As a teenager, the bullying became so unbearable that she was often tempted to give up on her education, although she did manage to power through high school.

However, completing her secondary education wasn’t of much help when she started looking for a job: because she lived her life as a woman, Anggun was shunned by employers, like a lot of transgender people. She then tried to make a living as a sex worker, facing tremendous health risks and violence from clients.

Her fortunes finally improved after she decided to move to Jakarta and join SWARA, a local organization that provides transgender youth with an array of services including counseling, skills training, and education about their civil rights. Thanks in part to the support she received there, she now leads a safe, productive life.

Like Anggun, the vast majority of people who identify as or are perceived to be Lesbian, Gay, Bisexual, Transgender, or Intersex (LGBTI) have faced some degree of stigma in their lives, from negative comments to the most serious forms of discrimination, violence, and shocking hate crimes.

Tears and dollars: the many repercussions of homophobia and transphobia

Exclusion is psychologically tough, of course, but also has some very practical repercussions: a growing body of evidence shows that anti-LGBTI discrimination translates into lower educational attainment, higher unemployment rates, poorer health outcomes, as well as unequal access to housing, finance, and social services. As a result, LGBTI people are most likely over-represented in the bottom 40% of the population.

But what Anggun’s story also illustrates is that the consequences of exclusion extend far beyond LGBTI people themselves. When the job market turned its back on Anggun because of her gender identity, it did not just create personal hardship for her, but also made it impossible to put her publicly-funded education to good use, and to contribute her skills and labor to the country’s economy.

This lost productivity and inefficient use of education spending may have far-reaching economic and social impacts, which the World Bank sought to quantify for the first time in its report The Economic Cost of Homophobia and the Exclusion of LGBT People.

Because of its consequences on the lives and poverty levels of an entire group, but also due to its adverse impacts on economies and societies at large, LGBTI exclusion is very much a development issue.

“Eliminating extreme poverty and boosting shared prosperity requires coordinated action by all segments of society to eradicate the root causes of exclusion. The exclusion that affects indigenous peoples, persons with disabilities, LGBTI people, and other marginalized groups,” said Ede Ijjasz-Vasquez, Senior Director for the World Bank’s Social, Urban, Rural, and Resilience Global Practice. “We will not be able to achieve our mission of fighting poverty and boosting shared prosperity unless everyone can participate in the development process and reap the benefits of economic growth.”

" We cannot achieve our mission of fighting poverty and boosting shared prosperity unless everyone can participate in the development process and reap the benefits of economic growth. "

Scaling up efforts to include LGBTI people into development

To explore ways of better integrating sexual minorities into the global development agenda, the World Bank will be hosting a high-level event on “LGBTI Inclusion, Poverty Reduction, and Shared Prosperity”. The meeting, which coincides with this year’s International Day Against Homophobia and Transphobia+, will bring together government officials, civil society, the private sector, and development partners.

The event is part of a much broader effort by the World Bank to better understand the socio-economic challenges faced by members of the LGBTI community and explore solutions. Other ongoing initiatives and areas of future engagement include:

But meaningful action can only happen within a favorable legal framework. In the many countries where homosexuality is still criminalized – and sometimes punishable by death – projects to support the social and economic inclusion of sexual minorities are either impossible to implement, or unlikely to make a significant difference.

“By emphasizing that LGBTI exclusion affects everyone, we can hopefully help countries realize that putting an end to discrimination will bring a wide range of benefits,” explained Maria Beatriz Orlando, Lead Social Development Specialist. “Saying no to homophobia is in their best economic interest. And it’s the right thing to do.”