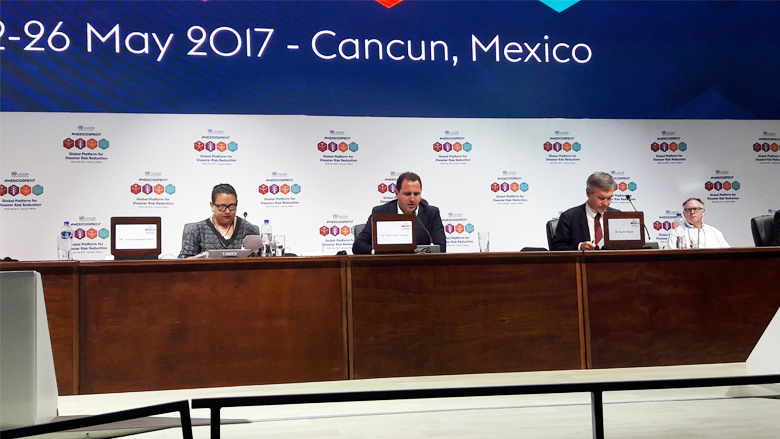 Recognizing that disaster risk management (DRM) plays a pivotal role in the country’s sustainable development, the Government of Armenia was one of the first countries in the region, to initiate a strategic review of its Disaster Risk Management capacities in order to reform policies, and strengthen relevant measures and related investments to increase the country’s resilience to natural hazards.

More recently, Mr. Davit Tonoyan, the Minister of Emergency Situations, attended the 2017 Global Platform for Disaster Risk Reduction in Cancun, Mexico to present the Armenia National Disaster Risk Management Strategy and its Action Plan for implementation. The National Strategy, which was supported by the Japan-World Bank Program for Mainstreaming Disaster Risk Management in Developing Countries (administered by GFDRR) and UNDP, is fully aligned with the Sendai Framework for Action 2015-2030 and was recently approved in April 2017 by the Government of the Republic of Armenia. 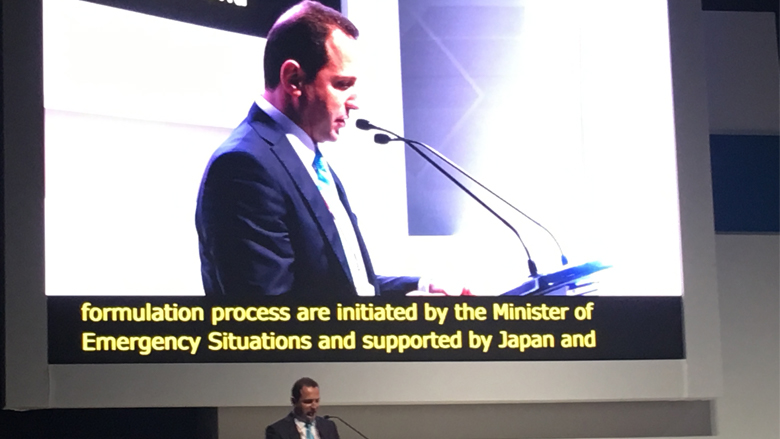 " The new National Strategy on Disaster Risk Management recently approved by the Armenian Government - and initiated by the Ministry of Emergency Situations of Armenia and supported by the Japan-World Bank Program for Mainstreaming Disaster Risk Management in Developing Countries (administered by GFDRR) and UNDP - is centered on a risk-informed approach in line with the Sustainable Development Goals as well as priorities set by the Sendai Framework for Disaster Risk Reduction. Both the Strategy and its formulation process are unprecedented in the Southern Caucasus. This process benefitted from the participation of local, interagency and international stakeholders within the framework of National DRR Platform, thanks to an innovative methodology used for examining the country’s DRM capacity. "

Importantly, this seminal milestone builds on a series of important set of policy reforms to strengthen the country’s disaster resilience. In the two decades since the Spitak earthquake, the government has also passed influential legislation to enhance risk reduction and emergency management systems, such as the 2008 Law on Prevention of Emergency Situations. In 2010, the government established a National Platform for Disaster Risk Reduction, which aims to coordinate and consolidate DRM efforts. In 2012, it developed a National Strategy on Disaster Risk Reduction, along with an action plan.

In 2016, Armenia’s Deputy Minister and Head of Crisis Management Center under the Ministry of Emergency Situations attended Japan’s 36th Comprehensive Disaster Prevention Drill of Nine Prefectural and City Governments in Saitama City, and learned about Japan’s experience in disaster preparedness and response systems at national and local levels. Finally, thanks to technical assistance extended by UN OCHA, Swiss Agency for Development and Cooperation, UNDP and Rescue Service of Poland, the Government of the Republic of Armenia was also the first country in the South Caucasus to be accredited by the International Search and Rescue Advisory Group (INSARAG) in 2015, which enables the Ministry of Emergency Situations to be deployed in international urban search and rescue efforts as part of post-earthquake response operations.

What is the Global Platform for Disaster Reduction? The Global Platform for Disaster Risk Reduction (Global Platform), as recognized by the UN General Assembly, is the main forum at the global level for strategic advice, coordination, partnership development and the review of progress in the implementation of international instruments on disaster risk reduction. It was established in 2006 and is now the world's foremost gathering of stakeholders committed to reducing disaster risk and building the resilience of communities and nations.