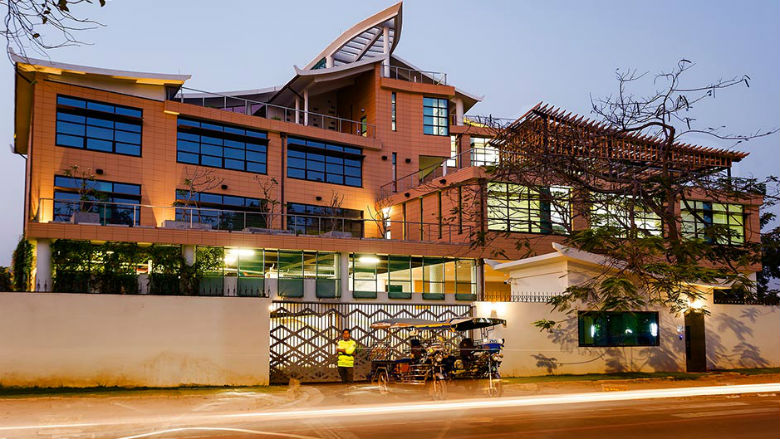 The new World Bank Group office in Lao PDR, as seen from the street. The design incorporates both modern and traditional elements.

Vientiane, Lao PDR – The best way to lead is by example. The World Bank Group in Lao PDR has taken this to heart by leading green initiatives literally from the ground up.

When the Bank Group’s Vientiane office was preparing to find a new location, staff saw an opportunity. The plan was to move to a new building overlooking the Mekong river, to be constructed on land leased for 99 years from the government of Lao PDR.

“We started looking for a piece of land and considered many options. In 2014, we found the perfect place and started to work,” said Oudom, who worked with the building team to ensure that the plans were approved by the government. Building materials were selected that would serve the needs of staff but also remain attuned to traditional Lao styles. When possible, materials were sourced locally, for instance the wood used for decorative elements was locally sourced from Forest Stewardship Council certified sustainably harvested forests.

Lao PDR is at a critical crossroads to consider going green. Forest cover in this landlocked Southeast Asian nation has fallen from 70% in 1940 to around 40% in 2010, and forest quality has been largely degraded. GDP growth has been averaging nearly 8% per year for the past decade, and nearly one third is driven by the development of natural resources. Rapid development has often led to negative environmental impacts.

The office, which co-locates the World Bank and the International Finance Corporation (IFC), includes solar panels on the roof and a sewage treatment plant. Rainwater is collected for gardening and an abundance of windows lets in natural light, reducing the need for overhead electric lights. Trash is separated–a practice that’s not yet common in the country. When the office moved, over 2,800 kilograms of paper were sent for recycling. 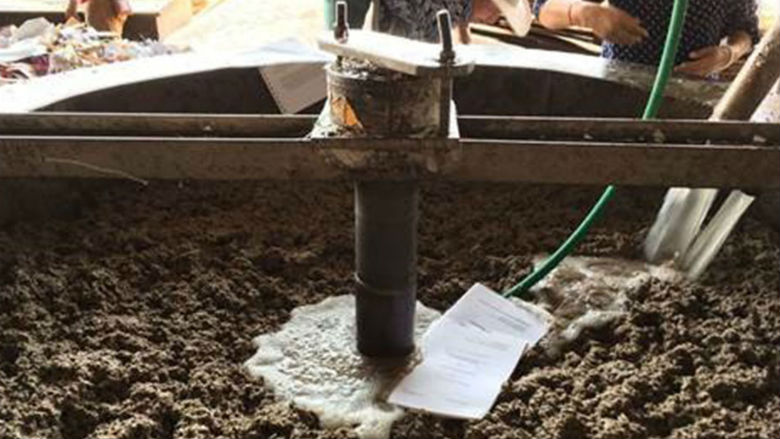 Before moving out of the previous World Bank office building, over 2800 kgs of paper was sent for recycling.  As pictured here, old documents were turned into pulp by recycling collectors for reuse. 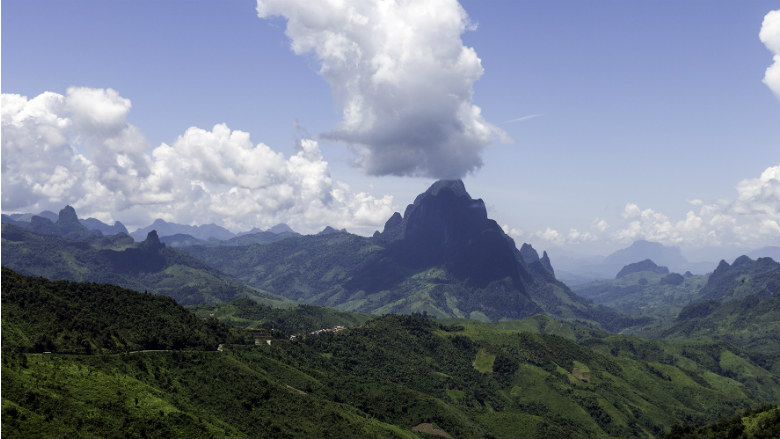 One of the diverse natural landscapes of northern Lao PDR.

As a result of these efforts, international certifier of ‘green’ buildings, Green Mark, gave the building a ‘platinum’ rating. The Singapore-based certification issuers will make a quarterly visit to the office to check whether the facilities remain up to standards.

The new office building has become an important symbol for the World Bank as it increasingly focuses on environmental protection and green growth.

“This building symbolizes our current engagement with Lao PDR,” said Sally Burningham, Country Manager. “But it is not only about formal country partnerships, sustainability and development objectives. If there is a chance to be more green, then we should take it.”