Innovating for Growth in Latin America 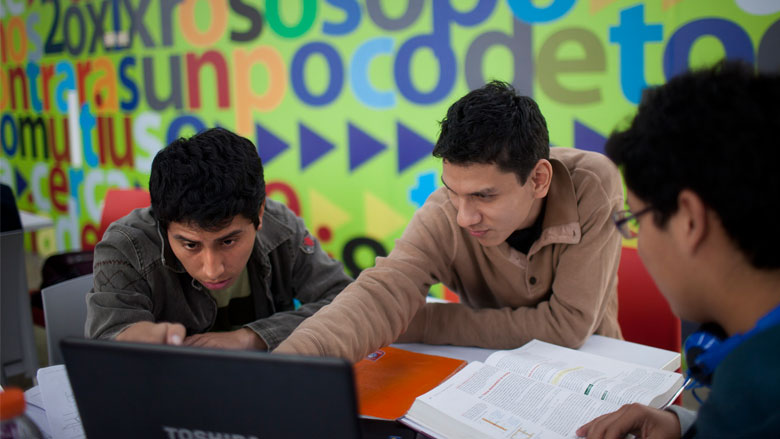 Students at the Pontifical Catholic University of Peru in Lima study together.

As Latin America adapts to the downturn in commodity prices, policymakers are turning to the surest path to sustainable, lasting growth: innovation. “When businesses innovate, productivity increases and economies become more competitive,” says Marialisa Motta, manager of the Trade and Competitiveness practice in Latin America and the Caribbean.

Many Latin American countries have policies to encourage innovation, but most are less efficient or effective than they could be. The World Bank Group is helping governments take stock of their programs and improve them.

The goal, says Senior Private Sector Specialist Alberto Criscuolo, is to see “what is the bang for the buck? Is the public expenditure on innovation consistent with the policy priorities on innovation? How effective are the programs on innovation? Are there overlaps between agencies and ministries? What can we learn from the implementation of existing programs?” These reviews of science, technology, and innovation spending are being done with World Bank Group support in Peru, Colombia, and Chile, among others.

Often, Criscuolo says, there’s a “gap between what industry needs and what universities are researching. The two sides don’t talk to each other.” The World Bank Group assessments can help identify which areas of innovation are in high demand from industry, and encourage funding of that research.

In Chile, the World Bank Group evaluated the quality of the innovation and entrepreneurship policy mix and worked with two government agencies to identify good practices and weaknesses in design and implementation practices. The results were used to inform the current restructuring of innovation instruments.

In Colombia, the World Bank Group evaluated more than 120 policy instruments, measuring the effectiveness of the policy mix, the degree of redundancies, and gaps. Now the Bank Group is helping the government design a national innovation strategy by recommending good practices on innovation instruments, such as better-defined tax incentives for research and development.

“Fewer than 20 companies in the whole country were benefiting from the tax breaks, mostly large mineral or energy companies,” says Lead Economist Leonardo Iacovone, who worked on the Colombia assessment, after which the country changed its system.

Iacovone is now co-leading a $600 million loan to Colombia, approved in March 2017, whose objectives include strengthening innovation policies.

Management as Well as Technology

Innovation is about management as much as technology, Iacovone points out. “A company that’s able to innovate is one that’s able to learn. The way you get organized and managed is crucial in the way you’re able to learn: Setting and monitoring targets. Linking human resources processes and incentives to targets. Getting feedback from workers on how to continuously improve.”

In Brazil as well, there is much room to improve how firms are managed, says Lead Economist Mark Dutz. Surveys show that 18% of firms are very badly managed, compared to 11% in Mexico, 6% in China, and 2% in the United States, according to the World Management Survey.

But technology is important too. Though some fear that adopting new technologies will kill jobs, Dutz says, “Technology adoption by firms can actually be inclusive, creating more and better jobs not just for highly skilled workers, but also lower-skilled workers – provided there is enough output expansion.”

Traditionally, Latin American economies, particularly Brazil, have been relatively closed to foreign trade, giving companies little incentive to innovate and remain competitive in global markets – and leading to higher prices for consumers. But breaking down those barriers means that companies can expand beyond their traditional domestic markets. “They need to think of the world as their oyster,” Dutz says. 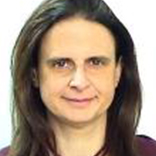 In Peru and Argentina, World Bank Group support has also gone beyond reviews of public spending to include loans to help modernize the innovation support system.

The $45 million project in Peru, approved in January 2017, is a joint effort between two of the Bank’s Global Practices: Trade & Competitiveness and Education. It has three components which will enable the government of Peru to:

"Without a doubt, closing gaps is fundamental, as well as moving toward a knowledge economy. At Concytec we are very happy that this work, which has taken two years, has finally seen the light,” said Gisella Orjeda, president of Concytec, Peru’s National Council of Science, Technology, and Innovation, in an interview with the newspaper El Comercio.

For all three parts of the project, monitoring and evaluation is built in, so its effectiveness can be measured. In addition, the project will emphasize areas outside the Peruvian capital, Lima, which tend to be less economically developed.

Expected results from the project include the funding of 250 scientific researchers, the implementation of five cluster-level industry-academia pilots leading to 40 product and process innovations, the leveraging of an additional $4 million in private sector financing for innovation, and the funding of eight doctoral programs in the scientific areas covered by the strategic priorities on innovation.

What are the benefits for Peruvians? Criscuolo says that taxpayers will be able to know that their money is being spent effectively. Further, a competitive and diversified economy will provide better jobs. With innovation, Peru will be able to move higher on the global value chain. And through the research grants, young and talented Peruvians will have an alternative to taking their talents abroad.

In Argentina, the $150 million Unleashing Productive Innovation project was approved in 2008, with $45 million in additional financing approved in July 2016.

“We are helping the country make better use of its significant scientific and technological base,” explains Senior Private Sector Specialist Cristian Quijada Torres, “by creating incentives for researchers to connect with companies and entrepreneurs, to accelerate the transfer of knowledge, creating new companies that can bring new products and services to the market with clear social and economic benefits. We also helped create specialized skills for technology management to help bridge the gap between universities and the private sector.”

Quijada Torres says one of the most important results is also the hardest to quantify: a change in attitude among key stakeholders about the role of science and universities and their interaction with companies and the private sector.

“When this project was first designed, interactions between the research community and the private sector were significantly lower in quantity and quality. Today, the notion that the universities and research centers also have responsibilities to promote local economic and social development through application and transfer of knowledge to society is gaining ground,” he says. “Most exciting of all is that many young researchers are seeking non-traditional professional tracks that focus more on having a direct positive impact in society.”

For Argentine consumers, innovation means that new products and services are on the market and more will be launched that will help make their lives easier and healthier, from cancer drugs being manufactured domestically at a significantly cheaper price, to new testing kits for rapid diagnosis of various diseases becoming available at clinics and hospitals around the country.

Up until now, “Latin America has been fairly closed to the innovation-producing power of market competition,” Dutz says. “These ought to be hotbeds of vibrant innovation.”