Rapid Urbanization in Africa: Investing in the Development of Africa’s Cities 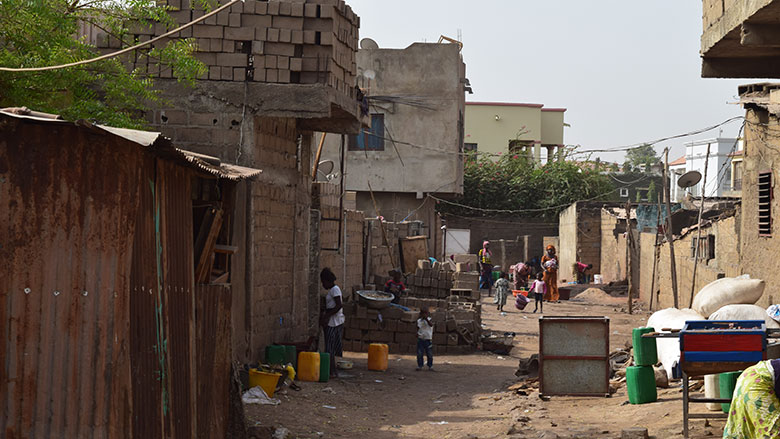 A dead-end in TSF, neighboring the cleaner Cite du Niger in Bamako.

BAMAKO, May 2, 2017─ According to the new World Bank Report, Africa’s Cities: Opening Doors to the World, Bamako’s 2 million inhabitants do not have access to the housing, services, and jobs they need. This report on urbanization in Africa recommends keeping step with the rapid growth in the population of African cities by investing in infrastructure, which is not always the case today.

The lack of built-up areas results in the growth of crowded informal settlements with little infrastructure that are disconnected from the main centers of activity, creating problems of urban mobility, access to basic services, and employment. 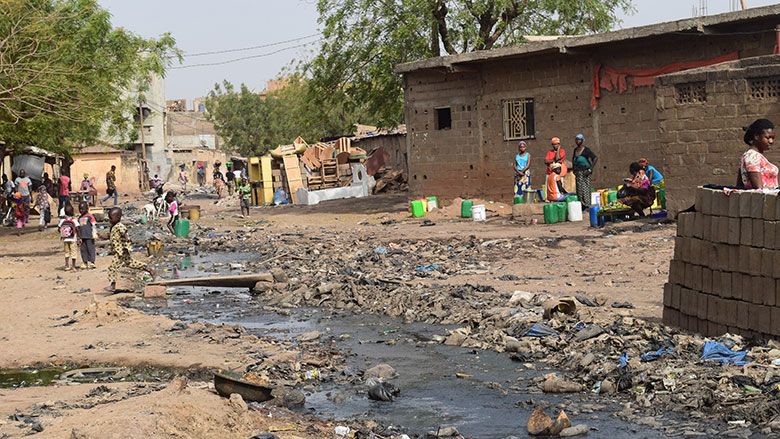 Children return from school along a filthy street in the TSF neighborhood of Bamako.

This is the situation in the TSF-Sans Fil neighborhood, an informal neighborhood that lacks safe water, sanitation, and hygiene, which sprang up in the Commune II area of the District of Bamako.

“There are no sewer lines for the disposal of wastewater from the neighborhood. The only line that existed has been blocked by the inhabitants of the Cité du Niger neighborhood nearby,” says Adama Coulibaly, advisor to the neighborhood chief.

The people of TSF-Sans Fil neighborhood have become used to the stagnant, muddy water, where large rocks have been positioned so that pedestrians, especially children, can cross.

This is a dangerous situation according to Somik Lall, World Bank Senior Economist and co-author of the report, who recently visited Bamako: “The overcrowding, lack of connectivity, and high costs for households and businesses hinder urban development and are a source of daily problems for the inhabitants. In contrast to other regions, the single largest expenditure for African households is housing.”

In his view, “the poverty of African cities has more to do with their lack of openness to the world than with population growth and a lack of investment. African cities produce few goods and services that are exportable to the regional and international markets.”

The report emphasizes that in cities like Bamako and Maputo, Mozambique, unregulated construction and leapfrog development account for more than 50 percent of the change in the urban fabric from 2000 to 2010. In many other cities this share approaches or exceeds 40 percent.

This is just one pattern of development that makes urban commuting, which is particularly difficult and costly in African cities, even more challenging. Another is deficient transport infrastructure. All of these factors can hobble the economy.

To remedy these problems and improve living conditions in African cities, the World Bank is helping Mali strengthen the institutional capacity of its cities through the Mali – Urban Local Government Support Project (PACUM), which has been underway since 2012. The aim of this project is to improve the effectiveness of communes, build infrastructure, and provide urban services to inhabitants by providing communities with performance-based grants.

Investment needs are decided using a dynamic participatory approach to ensure the decisions of local councils respond to the objective priorities of the population.

The Malian cities initially covered by this project were Bamako, Kayes, Sikasso, Ségou, and Mopti. Since November 2016, ten other cities, including Kita, Koulikoro, Niono, Bla, and Gao, have also been benefiting from this support.