Over 20 years ago, Fatma and her husband Peter left their home in rural Tanzania for Dar es Salaam, the country’s most populous city. To stay close to jobs and save money, Fatma and Peter have settled in one of the city’s largest slums, where access to basic services is all too often a luxury. Every day, they have to cook with unclean water and live with untreated waste thrown into the streets. Despite their daily struggle, they feel closer to opportunities when they live in the city, and have high hopes for the future of their six children.

Fatma and Peter are just a couple of the Many of these people and their families have come to cities in search of better jobs and livelihoods. But as cities rapidly grow, so does the pressure put on them—by the global productivity slowdown, increasing climate and disaster risks, and rapid aging, among other factors. This has brought unprecedented challenges to poverty reduction and economic growth. For Fatma, Peter, and billions of urban residents like them, this means a future that is becoming increasingly uncertain.

and boost shared prosperity. And cities, where over 80% of the global GDP is generated and more than half of the world’s population calls home, must step up to the plate and take the lead on tackling this pressing development challenge.

" The challenges of urbanization may be immense, but so, too, are the opportunities that come with it. By bringing together governments, international organizations, civil society, and the private sector to plan, connect, and finance cities, we can contribute effectively to shaping sustainable long-term urban development. "

In fact, the Sustainable Development Goal 11 and New Urban Agenda have laid out a vision toward making cities inclusive, safe, resilient, and sustainable for all. To get there, the World Bank is working with countries worldwide to ensure that cities and metropolitan regions excel in the three critical roles they play—matchmakers, drivers, and anchors—for people and businesses alike.

What do these roles entail? What actions can cities take to ensure sustainable growth and secure a path toward an inclusive, resilient future? Already, while leaving no one behind:

[On April 21, join thought leaders, policymakers, and city officials from around the world to discuss the future of cities during a livestreamed event and online chat.]

Similarly, in rapidly urbanizing regions such as East Asia and South Asia, city planners and government decision-makers need to adopt proactive policies to provide land, housing, and services, as well as improving livability and connectivity for new urban residents. With over half of the forcibly displaced globally living in urban spaces, this is also true for cities especially in the Middle East and Africa.

Of the 750 global cities analyzed in a report on competitive cities, three-quarters have grown faster than their national economies since the early 2000s. However, 1 out of 3 urban residents in the developing world still lives in slums, often in fear of crime and violence. To ensure that tomorrow’s cities provide opportunities for all, the World Bank calls for a three-dimensional “Inclusive Cities” approach that addresses spatial inclusion, social inclusion, and economic inclusion at the same time. And by investing in accountable local institutions and empowering urban communities, cities can also become safer places to live.

By 2030, without significant investment into making cities more resilient, natural disasters may cost cities worldwide $314 billion each year, and climate change may push up to 77 million more urban residents into poverty. Recognizing the need to scale up the amount of financing to increase the resilience of urban areas, the World Bank’s Resilient Cities Program, supported by the Global Facility for Disaster Reduction and Recovery (GFDRR), aims to help cities from Africa to Asia—through financing and applying diagnostic tools such as CityStrength—adapt to a greater variety of changing conditions and withstand shocks while maintaining essential functions.

“The coming 10-15 years are especially critical for cities,” said Sameh Wahba, the World Bank’s Director of Urban Development. “The planning and investment decisions that local governments take will shape their future trajectories—as well as the climate change and social inclusion agendas, among other things—for decades to come.”

These are just a few of the many big ideas to help shape the future of cities. What’s your big idea on shaping a sustainable future for your city? Tweet with #Cities4Dev and join us for a live discussion on April 21. 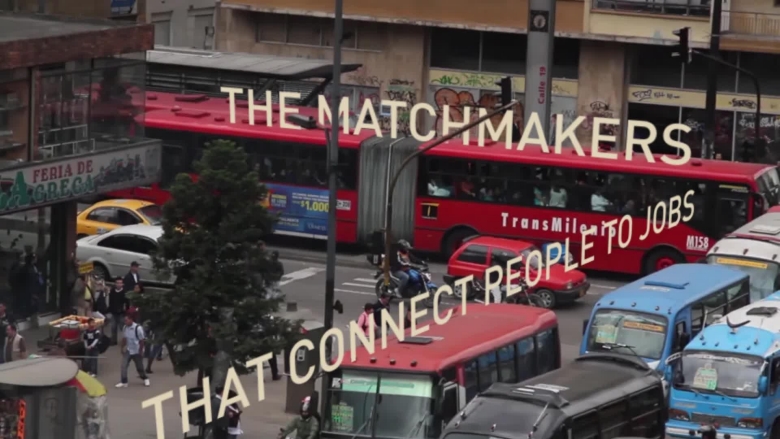 Cities Are Where the Future Is Being Built