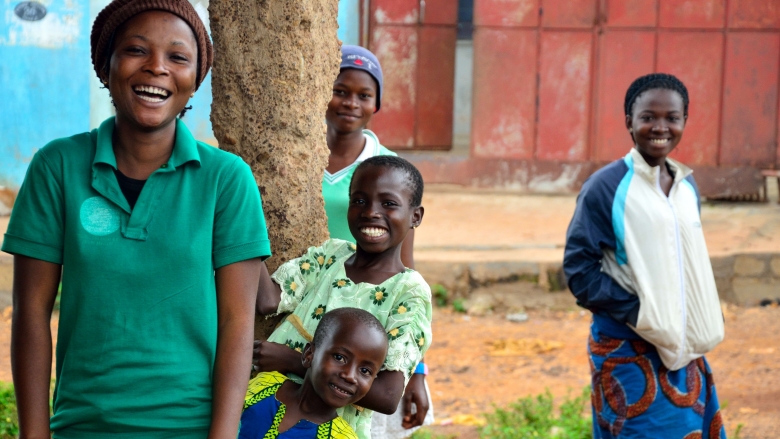 Study participants with their younger siblings outside the community screenings. © Dante Donati

A young woman in a short evening dress checks her appearance in the mirror and strides over to the bed, where her older, richer (and unbeknownst to her, HIV-positive) lover is dozing. As she puts her phone back in her hand bag, she notices an unused condom on the night stand, picks it up and drops it. She leans over the bed and attempts to remove the man’s gold watch, but he wakes and asks her what she is doing.  “You owe me, you didn’t use a condom last night…again,” she says, clasping the watch on her wrist. “Do you eat an orange with the peel on? “ he replies. “It’s not the same, baby.”

This scene from the drama MTV “Shuga” hints at trouble to come. It’s a small taste of the risqué subject matter addressed in the drama’s third season, filmed in Nigeria and broadcast in over 70 countries. But this show  is no mere soap opera.  It’s a form of entertainment education or “edutainment” that uses mass media to educate people and promote positive behavior change, often with impressive results.

Developed by the MTV Staying Alive Foundation, and supported by UNICEF, the U.S. President’s Emergency Plan for AIDS Relief, the Bill & Melinda Gates Foundation, among others, MTV Shuga aims at raising awareness among young people about the dangers of risky sexual behavior in the age of HIV/AIDS.  Approximately 1.5 million people in Sub-Saharan Africa are infected with HIV each year.  Nigeria is second to South Africa in the number of people living with HIV/AIDS worldwide, with 3.2 million or 9% of the global burden of the disease. Four in 10 infections in Sub-Saharan Africa occur in people under the age of 25.

MTV Shuga hopes to leverage the rapid rise in TV ownership in Africa to spread knowledge about HIV, encourage young people to get tested, and fight gender-based violence.  But can a soap opera like this one change lives or even save lives?

A study in Nigeria by the World Bank’s Development Impact Evaluation group (DIME), part of the Bank’s research department, has found that MTV Shuga has the power to influence behavior.  Six months after participants watched the show in community screenings, they were twice as likely to get HIV-tested. Chlamydia infections dropped by 58% among women, and people were 14% less likely to have concurrent sex partners, according to the study, funded by the Gates Foundation and the UK Department for International Development.  These results were presented at a high-level event at the World Bank in February to discuss the policy implications of this and other research in the Nigerian health sector. 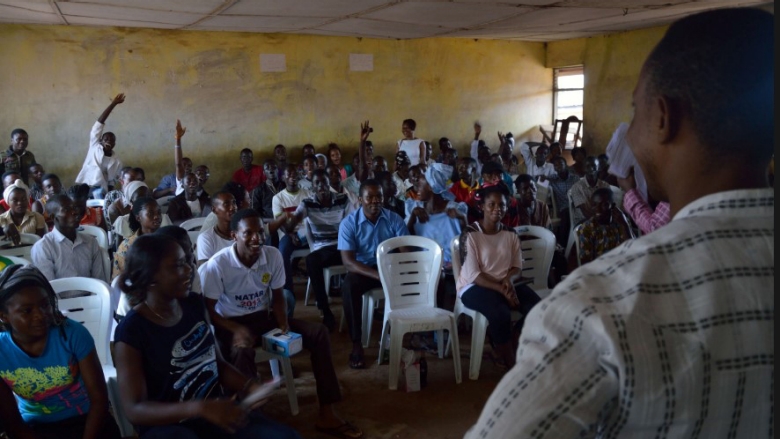 Immediately after the screenings, the research team collected short questionnaires about viewers' impressions of the show's characters and storyline.

MIT economist Abhijit Banerjee and one of the study’s principal investigators said the drop in chlamydia, in particular, is “really remarkable. That suggests people are really taking precautions and being more careful about who they’re having sex with.”

Banerjee worked with Eliana La Ferrara of Bocconi University of Milan and Victor Hugo Orozco-Olvera of the World Bank to evaluate the impact of MTV Shuga. The study comprised 240 community screenings of this show and of a placebo program in southwest Nigeria. Interviews with more than 5,000 participants were conducted before and immediately after the screenings, and again six months later.

“Behavior change is kind of the holy grail of a lot of social policy,” said Banerjee.  “One of the things that we’ve learned the hard way over the last several years is that it’s very hard to do it, actually. You can tell people this is not wise and that’s not good for you, this would make you happier and healthier and better, but it doesn’t work.”

A show like MTV Shuga, on the other hand, has complex characters who invite the audience inside their world. “They are live people that are engaging you. That is, I think, what makes something like Shuga very powerful.”