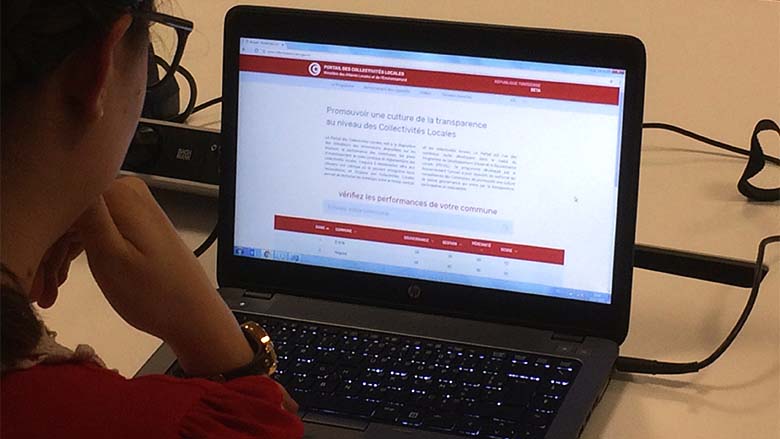 Tunisia, January 30, 2017 – Transparency efforts are often guided by general assumptions about what information should and could be made public. Yet .

In many cases, public information from governments fails to meet the needs of users. Often, the publicly disclosed information is difficult to understand and lacks the granularity needed to produce effective oversight and citizen engagement.

To address this, the Tunisian Government, with support from the World Bank, has started to integrate user demands in the design of transparency efforts by building a Local Government e-Portal.

A New Program and its Portal

In response to demands expressed during the 2011 uprising, in 2014 Tunisia adopted a new constitution with clear commitments to decentralization and empowering local governments based on principles of transparency, participation and accountability. The Government of Tunisia has been actively operationalizing these principles by embarking on wide-ranging reform programs at both the local and national levels.

The World Bank’s Governance Global Practice, and the Social, Urban, Rural and Resilience Global Practice, are collaborating to support a local component of these efforts through the Urban Development and Local Governance Program to reform the Tunisian capital grant system. The reform aims to create a system that is more transparent, predictable and supportive of local autonomy and participatory decision-making.

A Local Government e-Portal was established to support the transparency of the new capital grants system. It allocates resources to local governments based on their performance. The team building the portal conducted several user experience testing sessions with diverse groups of Tunisians to assess their interactions with the Portal while also identifying their information needs and interests.

Here are some of the emerging lessons, which inform the current version of the Portal:

The e-Portal incorporates a number of concepts common to video-game design such as rules, goals, thresholds and timing. User experience professionals from the video-game industry, in collaboration with local experts, played a key role in designing, testing and developing the e-Portal in order to better convey complex information to users. Subsequently, the number of users and sessions has more than doubled, and the bounce rate of the number of users who navigate away from the Portal after viewing one page has reduced significantly.

In similar initiatives, civil society organizations tend to be the go-to groups when seeking to identify users’ information needs. In the Tunisian case, while consultations with civil society organizations were fundamental for understanding their specific demands, the findings of the user experience testing sessions demonstrated the importance of engaging a wider variety of groups with different expectations, skills and needs. For instance, while civil society organizations were more concerned with detailed budget information, youths were more interested in comparing the performance of different local governments. These findings, among others, led to additional changes to the Portal, such as the provision of budget information in open data format and the creation of a user interface that is more conducive to comparisons across local governments.

As a result of user experience testing sessions, the e-Portal includes functions that enable communication between different parties, and online submissions of local government performance reports to the central government for assessment. A system for submitting and handling citizen complaints is also currently being tested. The Portal’s convenient solutions to both citizens and government actors ensures its usage and sustainability.

The focus on user experience was made possible by an iterative approach to the development of the e-Portal. of those involved in the process. For instance, while most expected that presenting information in the format of maps in the e-Portal would enhance user experience, tests showed that maps added limited value to the e-Portal’s interface. So the map was omitted in place of a more user friendly side-by-side comparison of local performance. See below versions of the portal before and after the tests. 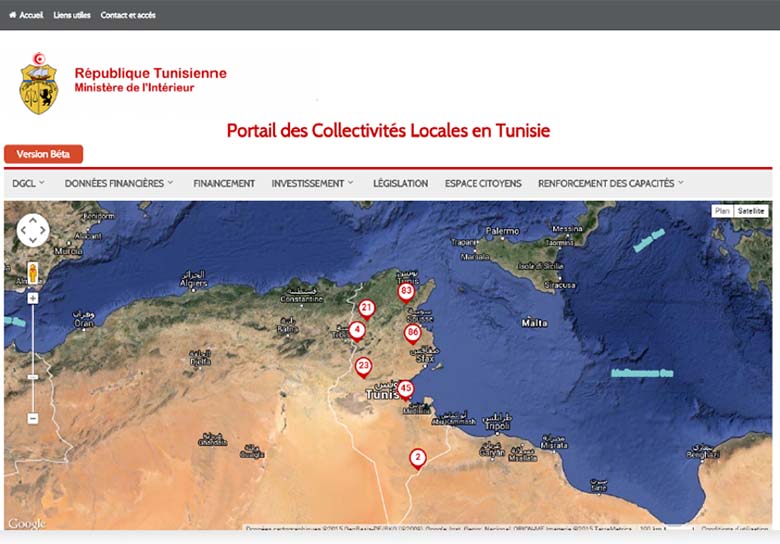 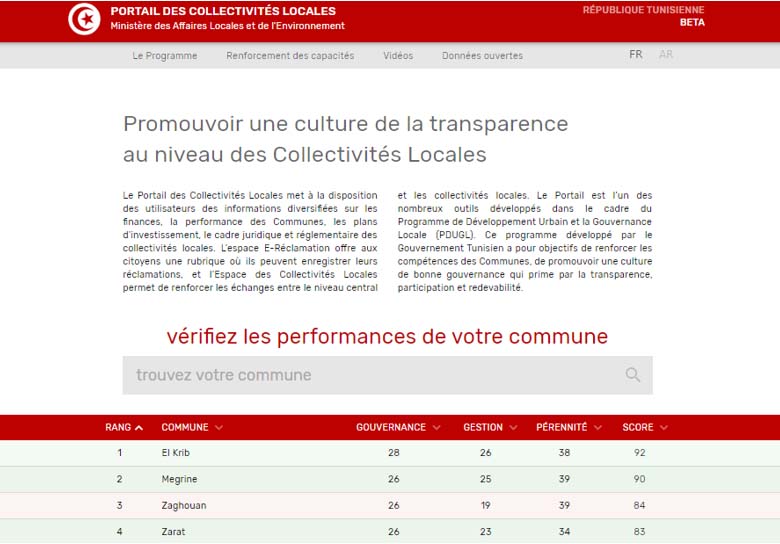 Riadh Mouakhar, the Tunisian Minister of Local Affairs and Environment, held a press conference in early November 2016 announcing the launch of the Portal. The Minister highlighted the e-Portal’s importance “not only for the Government, but also for the citizens”, emphasizing that it is in the citizens’ interest to participate in public affairs.

As citizen demands change, the e-