Diabetes: an invisible threat to development 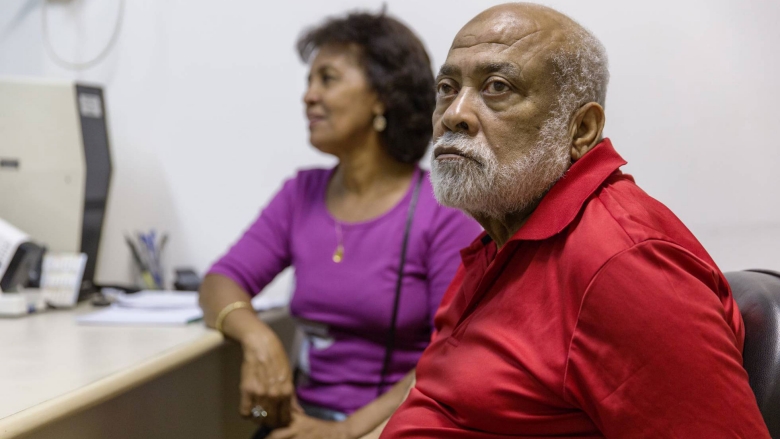 Without treatment, diabetes can cause blindness.

EDUARDO MARTINO/ WHO
One in ten adults in Latin America already live with the condition, and prevalence rates continue to rise.

Ten percent of Latin Americans today live with a chronic illness. One which can have devastating effects on their health and their pocket: without adequate treatment it can result in blindness, amputations, stroke, heart attacks and even death.

We’re talking about diabetes, whose incidence rates are rising around the world, according to the WHO. And while there are multiple reasons behind the increase, the rise in type 2 diabetes, the most common variant, is closely related to growing number of people who are overweight, obese or sedentary.

Today in Latin America, only Haiti has an average adult Body Mass Index of less than 25 (the upper limit of the healthy weight range), but for many other countries, especially in the Caribbean, the average BMI is between 28 and 29, just below the obesity range.

And in context, it could prove to be a ticking time-bomb for the region’s future development.

Aside from the cost of treatment, which is a significant burden for national health services, diabetes and other non-communicable diseases impact heavily on productivity, in particular with respect to lost or reduced work-days due to illness.

And in the Caribbean, where one in eight people live with diabetes, and non-communicable diseases account for four out of five deaths, the first symptoms of an imminent crisis are already being felt.

In economic terms, the annual cost of treating just one diabetes case exceeds the annual per capita spending on health by a factor of 1.2 in the Eastern Caribbean. And the greatest burden of cost falls hardest on the poorest.

In Saint Lucia, where over half the population are overweight, on average 36% of annual household spending goes on health. However, the cost isn’t evenly spread and lower-income households end up paying a much higher price proportionally: 48% of their income compared to just 20% in higher-income households, according to a recent report on nursing in the Caribbean.

What’s more, poor households are more likely to earn an hourly wage, which means that any lost or reduced work-day means an extra fall in household income. And medical visits tend to increase by 20% when living with a non-communicable disease.

At the same time, the Caribbean is also facing a worrying lack of nursing staff specialized in preventing and treating these conditions.

Despite 10% of Saint Lucians living with diabetes, the country has just one nurse who is specialized in diabetology, according to World Bank research. And it’s not alone. The study revealed similar treatment gaps across the region, since the rapid increase in prevalence rates has not translated into greater specialization for treating the disease.

And while prevalence rates are greatest in the Caribbean, no Latin American country is immune to the changing epidemiologic profile from communicable to non-communicable diseases.

Prevention is better than a cure

In 2010, the UN General Assembly adopted the resolution to “Prevent and Control Non-Communicable Diseases.” The agreement highlighted the impact of modern lifestyles on health and quality of life, and called for greater focus on monitoring and controlling these conditions.

In other words, instead on focusing simply on treating the disease and its symptoms, the resolution seeks to prioritize lifestyle changes – increasing physical activity, eating healthily, not smoking and maintaining a healthy weight-  to better manage the disease, or prevent it, in high-risk groups.

For Latin America and the Caribbean, the resolution couldn’t have come at a better moment. According to data from the WHO, between 20% and 40% of Latin Americans are not sufficiently active on a daily basis, and alarmingly, between 78% and 91% of 11-17 year olds don’t get enough exercise.