CARRICAL, November 18, 2016 – At the foot of imposing volcanic mountains lies the sleepy village of Carrical. This small fisherman’s village consists of some stone structures, most of which are in ruins, including the island’s only tuna canning factory that once employed the village’s entire population.

Located on the island of Sao Nicolau, Carrical sits on one of Cabo Verde’s richest fishing coasts. Here, highly prized yellow fin tuna costs 220 CVE, or a little over two dollars a kilogram, half the price of the same fish in Praia, the country’s capital. However, despite the economic potential of its ocean resources, its isolated location and difficult access have hindered its development leading to its visibly impoverished state. 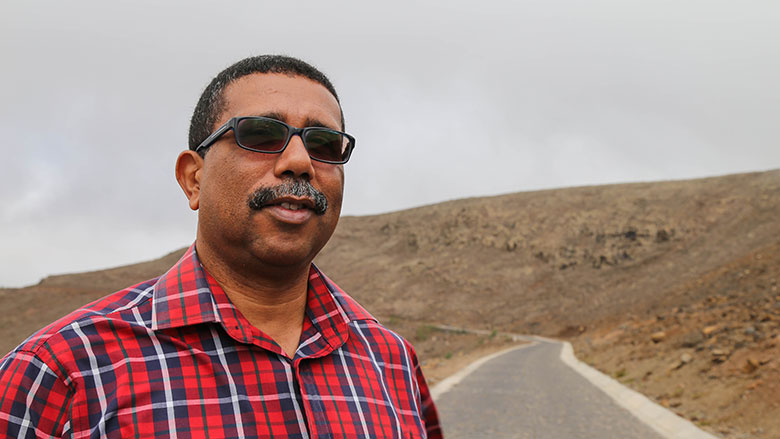 Carlos Barbosa, the Mayor of Ribeira Brava, Sao Nicolau’s largest town and administrative center, poses next to a stretch of newly paved cobblestone road that connects Carrical to Ribeira Brava.

Speaking to Carrical’s residents, one gets the impression that this isolation has left them feeling abandoned.

“The poor road conditions prevent us from transporting our fish and lobster in a timely manner, and we have trouble with conservation. All the families in Carrical live off fishing, so this is critical to our livelihood.  I have four children, two of which are obliged to stay in dorms to attend middle school and high school in Ribeira Brava because Carrical doesn’t have these facilities and the road is too dangerous for daily commuting. A better road would allow my children to come home more often and increase my revenues from fish sales,” explained Joao Lima, a 34 year old fisherman.

The road to Carrical from Ribeira Brava, Sao Nicolau’s administrative center and most populated town, is indeed a vertiginous one. Like many roads in Cabo Verde, it’s mostly a traditional road made from roughly hewn cobblestones cut from local basalt. It follows a jagged coastline whose curves are unforgiving for passengers with weak stomachs, and for those who have a need for speed. At a certain point, the road becomes merely a dirt road that has been washed away by erosion on several occasions, and even farther down the road, cars must be equipped with four wheel drive to scale a particularly tricky and dangerous rocky passage.

In a nutshell, it is far from ideal for fisherman and merchants who transport Carrical’s ocean wealth to Ribeira Brava, or for addressing the health and education needs of the community. Time consuming, dangerous at moments, and unreliable during the rainy season or when there is heavy fog, the only road that goes in and out of Carrical requires a make-over if 40% of the island’s population is to flourish.

“After Hurricane Fred, cliff side sections of this road were flooded and treacherously muddy. A lack of drainage infrastructure created a river where there was a road. Carrical and neighboring village Juncalinho were completely cut off from the rest of the island, the only way to access them was by boat,” said Carlos Barbosa, Mayor of Ribeira Brava.

The World Bank financed Transport Sector Reform Project (TSRP) has already begun to improve this critical stretch of road in Sao Nicolau. The project has rehabilitated 21 kilometers of cobblestone roads to the great relief of residents. Basalt cobblestone roads are preferred over asphalt given their durability and ability to absorb water, and the abundance of basalt. 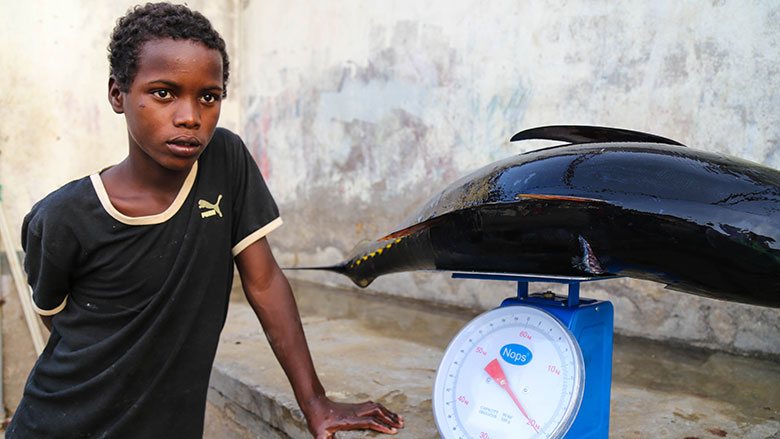 “Implementing cobblestone roads is a good approach to tackling rural accessibility in Cabo Verde. Not only is it very cost-effective, but it also provides jobs to the local population which is not the case when construction materials are used,” explained Tojoarofenitra Ramanankirahina, World Bank Senior Transport Engineer and TSRP lead.

In fact, Lima’s wife is very proud of her contribution to rehabilitating the road:

“Road rehabilitation does not involve machines, but rather a lot of manual labor. You have to place and hammer in each stone. It was hard but rewarding work, and I did it for free. I sell fish for a living, but I realized that without a good road, our fish wasn’t worth much,” noted Itaurina Faria, fish seller and resident of Carrical.

Routine maintenance is very important to keeping this road, and all of Cabo Verde’s roads, safe and practicable throughout the year. Harsh weather conditions are becoming more severe with climate change as demonstrated by the 2015 Hurricane Fred (the first hurricane to make landfall in Cabo Verde’s history), making road maintenance and safety a priority for the country. Through the assistance of the TSRP, Cabo Verde has established an independent road maintenance fund, Fundo Autonomo de Manutencao Rodoviaria – FAMR) that generates approximately 500 million CVE (about $6 million) through a fuel levy of 8 CVE per liter.

“The timely availability of funds for road maintenance through the FAMR is part of the creation of a sustainable institutional structure for the planning and management of Cabo Verde’s road network. The challenge going forward is how to address the unmet rehabilitation demand for aging roads to bring them to maintainable standards, and cover significant emergency works caused by exceptional storms such as Fred,” noted Ramanankirahina.

Well maintained roads are sure to pave the way to a more prosperous Carrical, where tourists and residents alike will be able to enjoy easier access to one of Sao Nicolau’s most beautiful but hard to get to locations. 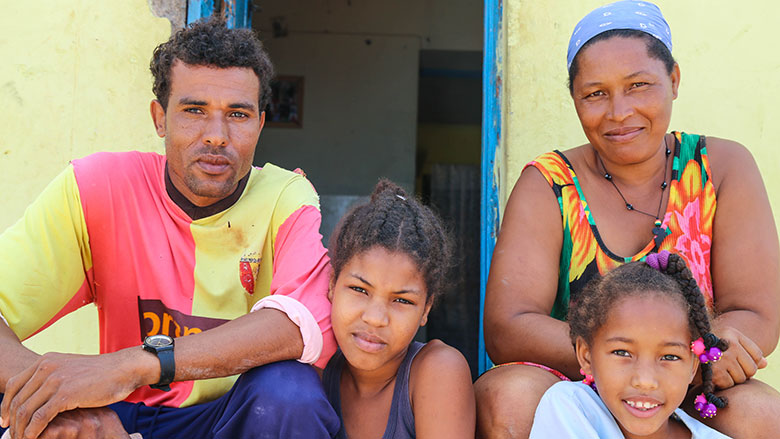