How Solar is Changing the Climate Game

Washington, Nov. 10, 2016 - Once a distant possibility, solar power is a game changer for developing countries that are swiftly embracing this clean, renewable source of energy to close their electricity access gaps and meet climate change mitigation goals.

Just the past year is a clear sign of that shift.

For the first time, renewable sources of energy have overtaken coal in terms of cumulative installed power capacity in the world. In 2015, an all-time record 153 gigawatts (GW) of capacity was added through renewables, with photovoltaic solar - which includes mini-grids and rooftop solar systems - accounting for nearly a third (49 GW) of the addition, according to the International Energy Agency. In other words, about half a million solar panels were installed every day around the world last year.

That number is growing. In fact, global electricity capacity from renewable sources of energy is projected to increase by 42 percent, or 825 GW, by 2021, with solar power expected to play a major role in reaching that goal.

Morocco, where climate experts and policymakers from around the world are gathered this week for COP22, is a prime example of this transformation. Earlier this year, the Moroccan king inaugurated the first facility of the largest concentrated solar power (CSP) complex in the world with support from the World Bank, the Climate Investment Funds (CIF) and other partners. Once it is fully operational, the plant will produce enough energy for more than one million Moroccan households.

The North African country is not alone in the shift to solar, which is helping developing countries reduce their reliance on conventional fuels like coal and oil, and boost the share of renewables in their energy mix.

There is strong political will to seize the moment, especially with the Paris Agreement on Climate Change now in force.

Take the International Solar Alliance, for example. In June, the WBG signed an agreement with the alliance, consisting of 121 countries led by India to collaborate on increasing solar energy use around the world and helping the alliance mobilize $1 trillion in solar investments by 2030.

Seeing the potential of solar in India, the World Bank also pledged $1 billion in planned initiatives to help the South Asian country take sustainable, clean, climate-friendly electricity to millions of its people. This includes a $625 million project approved in June to install solar panels on rooftops around the country, supported by a $125 million co-financing loan from the CIF.

In neighboring Bangladesh, 18 million people now have access to electricity thanks to solar home systems that were installed as part of a World Bank project. In the country’s remote islands like Monpura, where extending the electricity grid would be impossible, standalone solar mini-grids are powering up entire communities and businesses, like that of welder Abdulrahim Hawlader.

Previously dependent on a diesel generator, Hawlader says solar power has transformed his business and boosted his income.

“We just turn on the switch and it (machinery) works,” he said. “Because of lower costs, we are making more profits.”

In Bolivia, families that live in remote areas without access to the power grid are turning to solar home systems to meet their electricity needs.

And in some countries where private investors hesitate to enter because of perceived risks, the WBG’s Scaling Solar program facilitates competitive auctions and offers standardized documents, financial guarantees and pre-approved financing to alleviate investors’ concerns and make these markets more attractive.

A recent auction in Zambia organized by Scaling Solar set record low prices of 6 cents a kilowatt hour for solar power generation, the lowest to date in Africa and among the lowest recorded globally. It paves the way to take electricity to thousands of Zambians in desperate need.

The applications of solar technology seem boundless. A solar plane recently made history after making a trip around the world entirely on solar power, without using any aviation fuel. An airport in Cochin, India became the world’s first of its kind to be powered fully by solar energy, followed by another in South Africa. Worldwide, companies are producing slick, new designs for solar roofs, windows and even floating solar panels to harness the sun’s power.

A confluence of favorable market forces, including cheaper-than-ever prices and technology, have encouraged the take-up of solar by private investors and countries alike. Solar PV costs have dropped nearly 60 percent since 2010 and are as low as 6 to 8 cents per kilowatt hour today, according to IRENA. They are projected to fall a further 60 percent in the next decade.

Under the WBG’s Climate Change Action Plan, $25 billion in private financing will be mobilized for clean energy in developing countries over the next five years, with another 30 gigawatts of renewable energy added either through direct investment or investments in enabling infrastructure by 2020.

Projects are already under consideration in many countries with WBG support focused on access to the right combination of financing, and technical and advisory expertise to help them succeed with their solar objectives and break down existing barriers.

These barriers include the lack of adequate transmission and distribution infrastructure, absence of affordable and effective storage solutions, weak enabling environments (including a lack of solar-friendly policies and regulation) and high upfront capital costs.  A universal uptake of solar power is also nearly impossible without private investment in the sector.

The WBG is working to increase private interest in markets where investors may have otherwise hesitated to enter on their own, with a suite of financial guarantees and instruments and help on technical, policy and regulatory aspects – all designed to strengthen confidence and draw investment in solar technology well into the future. 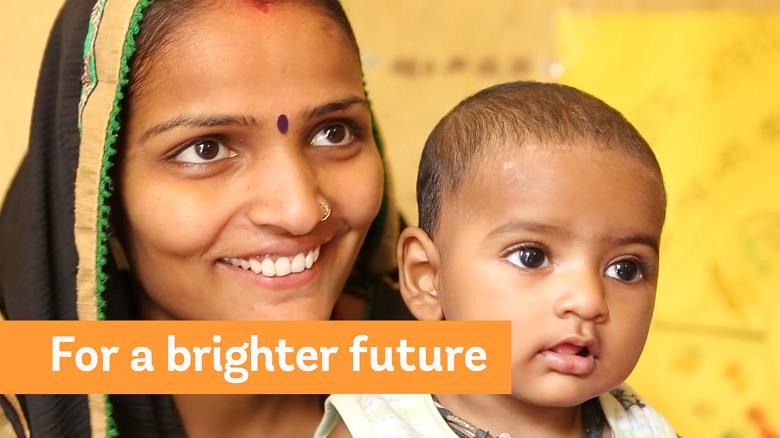