Modern, Open and Innovative: the Challenges of new Technologies in Haiti 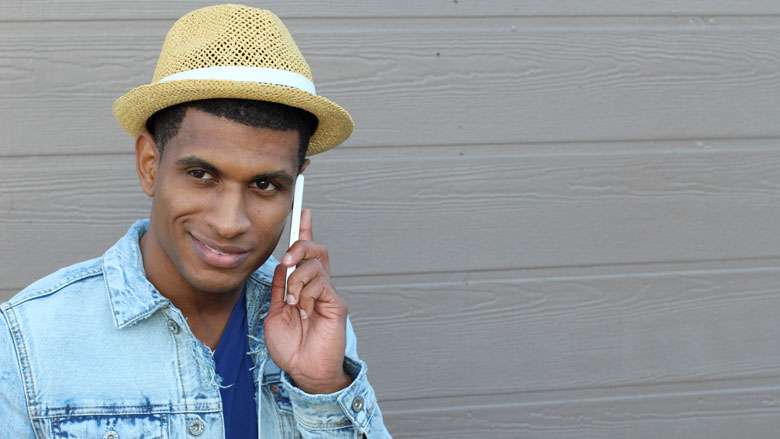 In the streets of Port-au-Prince, in the shops, everywhere, it's easy to spot the many phone credit sellers, with their red or blue vest according to the company. "Pap PADAP"! "La Pou La"! This is what passers-by or drivers call them. Mobile telephones are everywhere in Haiti and telecommunication companies are among the largest providers of income to the government: 95% of the population has access to the mobile network, more than half of the population has a mobile phone and a little over a million Haitians have a smartphone.

A new "Diagnosis of information and communication technologies in Haiti," published by the World Bank, shows however, that the population doesn’t draw real benefit from this connectivity: subscriptions prices are high, up to 34 % of gross income per capita for a broadband subscription, competition is low and there are few apps which support daily financial transactions.

Modernizing regulation for a growing market

According to Jean Marie Altema, general manager of the telecommunications industry regulator, the National Telecommunications Council (CONATEL), "strengthening the legal framework" is one of the biggest challenges of the Technologies of Information and Communication (ICTs) as well as "the development of infrastructure and access to services." "The report is an excellent work that should guide the Conatel to develop an action plan that can address these issues," he says.

Modernizing legislation, particularly in terms of bandwidth and infrastructure, would open up the way for a third mobile operator, currently there are only two. Such a move would potentially have a significant impact on costs and quality of service for consumers.

Regarding cybercrime, Haiti is one of the few countries in the Caribbean without any legal framework and where cyber-attacks have increased significantly in recent years: the attacks particularly target government email accounts, social networks along with the identities and information of customers performing mobile transactions and electronic payments.

Mobile payment, it works and we can do much better

Mobile payments and retail banking in Haiti took off after the 2010 earthquake, kickstarted by international players to transfer funds for the reconstruction efforts. Yet today, only 100 to 200 000 of over a million customers registered with four service providers regularly transfer money.

This payment method would facilitate financial access, especially in rural areas where banks are scarce. Not going to the bank or not carrying cash would increase user security and transaction speed. Encouraging users to use these services is possible by increasing: the available number of agents across the country, the payment ceilings, too low for the transfer of most salaries, and the number of companies and businesses accepting such payments.

Data collection and processing is critical in Haiti, where statistics to inform public policies are scarce. In this context, Haiti is one of the few countries in the world which has used the cutting-edge technology LIDAR, with support from the World Bank, to make digital shots at of the entire territory to a scale of 25cm and to 10cm in 14 major cities: this Big Data will soon be made available to the general public and the private sector. The ways in which it can be used are numerous, especially in terms of land registry, risk management, urban development, agricultural resource management, population census and environment.

As far as the entrepreneurs are concerned, there are some innovations: in November, the Haitian School of Infotronics(ESIH) launched an online computer license on a tablet, with Internet access included in the price, which will cut cost of a year’s college education by a third. Other entrepreneurs are looking at ways to exploit ICT to create value-added, but there are not enough specialized professionals.

The importance of training students in research is fundamental according to the Director of ESIH, Patrick Attie: "Innovation is the result of well-prepared people," he says, "and Haiti is no exception to the rule ".

The report on ICT will be presented during the digital economy salon in Haiti September 28, 2016
www.economienumerique2016.ht . This event is organized by CONATEL to better seize the opportunities offered by information technologies and facilitate the advent of initiatives to strengthen the digital ecosystem. Follow the discussion on @conatelHT # SEN2016