Hakan Altinay is one of Turkey’s first aerospace engineers, the first person in the country to build a robot, and a successful businessman in the high-tech industry.

He’s also a devout Muslim, so when he was searching for a loan in order to expand his enterprise in Turkey’s financial capital, Istanbul, it was important that he find one that didn’t conflict with his religion.

“If you look at it as a faith-based value, then using Islamic funding eases your conscience,” says Altinay, explaining how he’d sought out and settled on a $50,000 loan approved under Islamic Law.

“I am a man of faith and my conviction is Islam, and that is why I have chosen Islamic Financing,” says Altinay, who obtained the loan through Turkey’s Innovative Access To Finance Project.

Islamic finance is based on core tenets of Islam concerning property rights, social and economic justice, wealth distribution, and governance. A key feature of the system is the prohibition of interest or ambiguous contracts or deals. 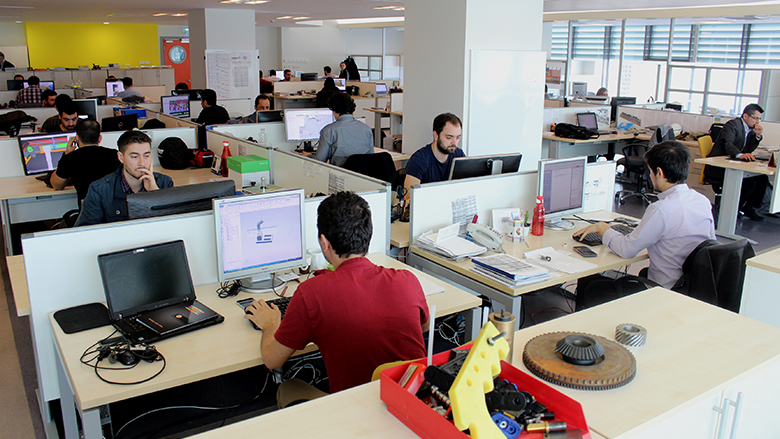 World Bank
" Islamic financing actually finances a consumer’s basic inputs, it doesn’t finance debts ... another way it is different from conventional financing is that the maturity and the prices are fixed as of the date of contract until the final payment. "

A component of the World Bank-supported finance project improves access to longer-term Islamic finance for small- and medium-enterprises (SMEs) and export-oriented enterprises (EOEs) - all key motors of Turkey’s economy.

“It is a financial method whereby either the investment or the production itself is directly financed, so it has higher quality outputs … another way it is different from conventional financing is that the maturity and the prices are fixed as of the date of contract until the final payment,” Taban says.

He and other bankers note a rapid rise in Islamic financing in Turkey’s total banking system-presently at 5.5 percent. They say that is, in part, because it alleviates constraints related to the lack of collateral and credit history, thus providing an attractive alternative to traditional bank loans for Turkey’s SMEs, which face greater constraints in accessing finance than larger companies do.

Islamic Financing “is going to be a popular financing method in our country,” says Burak Akgüç an Executive Vice-President at TSKB, the Turkish bank in charge of implementing the Islamic Finance portion of the Access to Finance Project.

“There are five Islamic Banks now, and I think there will be new ones coming and the share of Islamic financing in the total banking system will increase in the near future,” he says.

For Ali Kaya - a design manager at Hakan Altinay’s company - any increased financing that allows Turkey’s SMEs to expand is great for the country, and for young Turks like himself, eager to make a living honing their high-tech skills.

His work designing automatic manufacturing lines at Altinay’s enterprise has allowed him “to put into practice” what he studied at the university.

“We make production lines, both automatic and manual, which are valuable because they increase productivity in the country,” Kaya says.