Productivity: a Key Issue for Fighting Poverty in Brazil 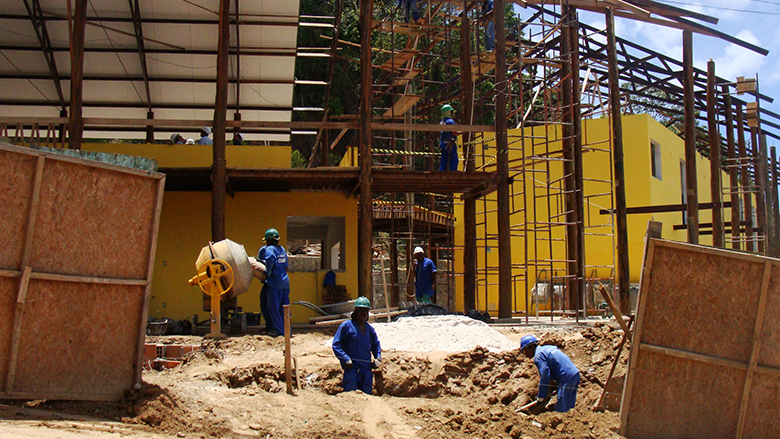 Between 2003 and 2014, while the minimum wage in Brazil increased by an average of 68%, the productivity rate per employee increased only 21%

Essentially, the average income of a country is defined by a single word: productivity - which means the amount of goods and services produced in an economy divided by the number of people who produce them. Of course, the way corporate profits are distributed and the percentage of people working are also important. However, in a scenario where these two elements remain relatively unchanged, analyzing productivity is crucial to understanding how countries get rich.

And what is the level of productivity in Brazil? It is low, according to a new document by the World Bank entitled Systematic Country Diagnostic (SCD). The report shows that Brazil's productivity grew by only 1.6% / year between 2001 and 2013. By comparison, China and Russia - also considered emerging economies - saw their productivity rates rise by 9.6% and 3.5%, respectively.

Considering these problems in productivity, why is it that Brazilians feel like their income has increased in the last decade?

According to the SCD, this can be explained by high commodity prices (soybeans, for example), which drove up wages faster than productivity could rise. Between 2003 and 2014, while the minimum wage in Brazil increased by an average of 68%, the productivity rate per employee increased only 21%.

Another assessment shows an average GDP growth rate of 4% per year between 2002 and 2010 and attributes two-thirds of this increment to an increase in the labor force. Only one third was attributed to increased productivity.

People became wealthier and increased their rate of consumption, but Brazil also became more expensive and less competitive overall during that period.

With falling commodity prices, wage growth has become unsustainable without an increase in productivity, thus affecting employment rates and the economy as a whole. Other aggravating factors are changes in fertility rates (which are experiencing a decline) and in life expectancy - meaning that Brazilian society will age rapidly over the next two decades, with an impact on the available labor force.

As such, the only way to restore growth, preserve social gains and further improve the living standards of Brazilians (short of waiting for commodity prices to rise) is by increasing productivity.

Increasing productivity does not mean raising the unemployment rate or doing more with fewer people; it is about improving the quality of labor and the products and services provided.

“In any company you can think of, wages are paid with the revenue derived from items sold. Companies that sell more can offer better wages," explains Martin Raiser, World Bank Country Director for Brazil and author of several studies in this field.

Brazil's low productivity rate is not a result of the number of working hours clocked up by the population - an average of 44 per week - but of a series of interconnected factors. These include infrastructure quality, the cost of doing business, efficiency of the financial sector and openness to trade.

These factors increase the cost of investments and hamper access to new technologies, thus leading to less innovation and lower productivity growth. “For an economy ranked among the 10 largest in the world and with aspirations of becoming a Latin American superpower, it is quite worrisome to see Brazil's standing in competitiveness, business environment and logistics performance remain in the lower half of the global distribution" states Raiser. 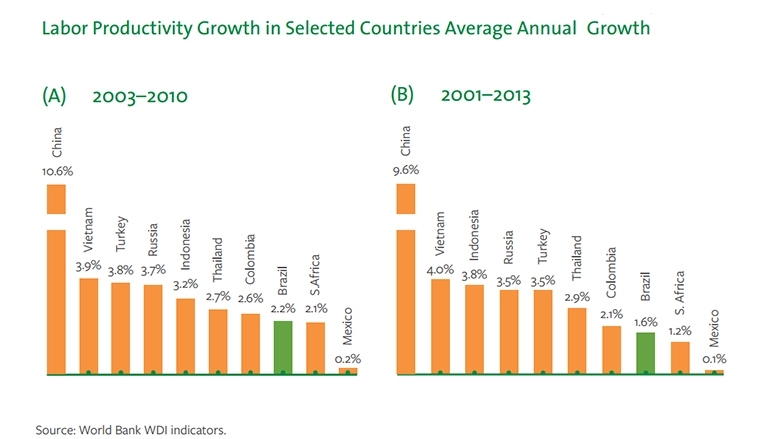 " In Brazil, costs are high and competition is limited. There can be no prospect of income growth in the future unless reforms are made " 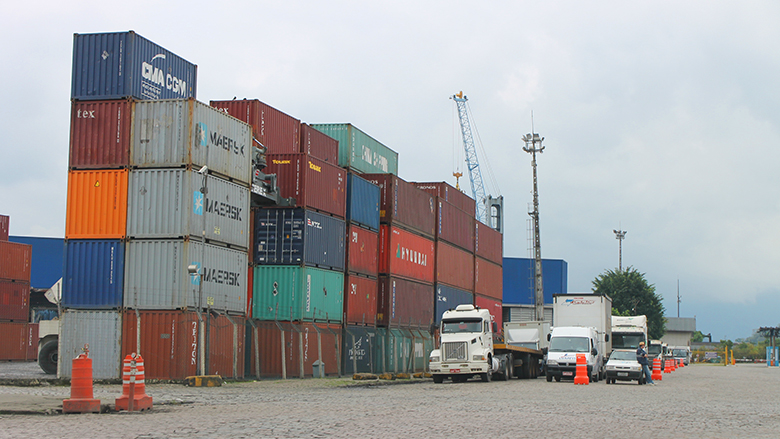 Issues such as poor infrastructure, the cost of doing business, low efficiency in the financial sector, the high price of credit and limited openness to trade do hinder Brazil's productivity, but they are not the only limiting factors. Other Latin American countries - such as Mexico, with a productivity growth of 0.1% per year between 2001 and 2013 - fare better in these respects and, yet, are not better off.

Why is that? Perhaps because, though the cost of investing in Mexico is lower, competitiveness is low like it is in Brazil (as demonstrated by the SCD). In fact, competitiveness in both countries is far lower than in China or the United States. Companies do not invest because they do not feel the need to.

The quality of management in Brazilian companies also drew the attention of productivity experts working on the SCD. According to the World Management Survey, Brazil has a higher percentage (18%) of poorly-managed companies than Mexico (11%), and much higher than China (6%) or the US (2%). The fact that these companies remain in business points to insufficient competition; otherwise, they would need to raise productivity or go out of business altogether.

“Companies only invest and innovate when it is profitable - i.e., when the costs are relatively low - and when they are forced to innovate by market competition. In Brazil, costs are high and competition is limited. There can be no prospect of income growth in the future unless reforms are made", states the World Bank Director for Brazil.

While the SCD does not offer solutions, it does provide details on reforms that would increase productivity and competitiveness.

Infrastructure - Especially in transportation, logistics and information technology. Infrastructure investments in Brazil have remained below the natural rate of depreciation for the last two decades, due to poor design and project conception, regulatory uncertainties and the limited role played by the private sector, among other factors.

Business environment - Starting a business in Brazil takes over three times longer than in countries like China; and the regulatory and tax burdens are among the highest in the world.

Access to financing - larger, older and more conservative companies were, apparently, the main beneficiaries of the expansion of public loans offered at interest below market rates; companies with different profiles had to contend with higher costs.

Carrying out reforms requires consensus and long-term decisions, but the benefits for the country can be just as lasting. Productive and competitive companies also become innovative and create more formal jobs. They are also better able to share their earnings with low-income workers. For all these reasons, productivity is an essential item in the agenda to fight poverty and bring about shared prosperity.